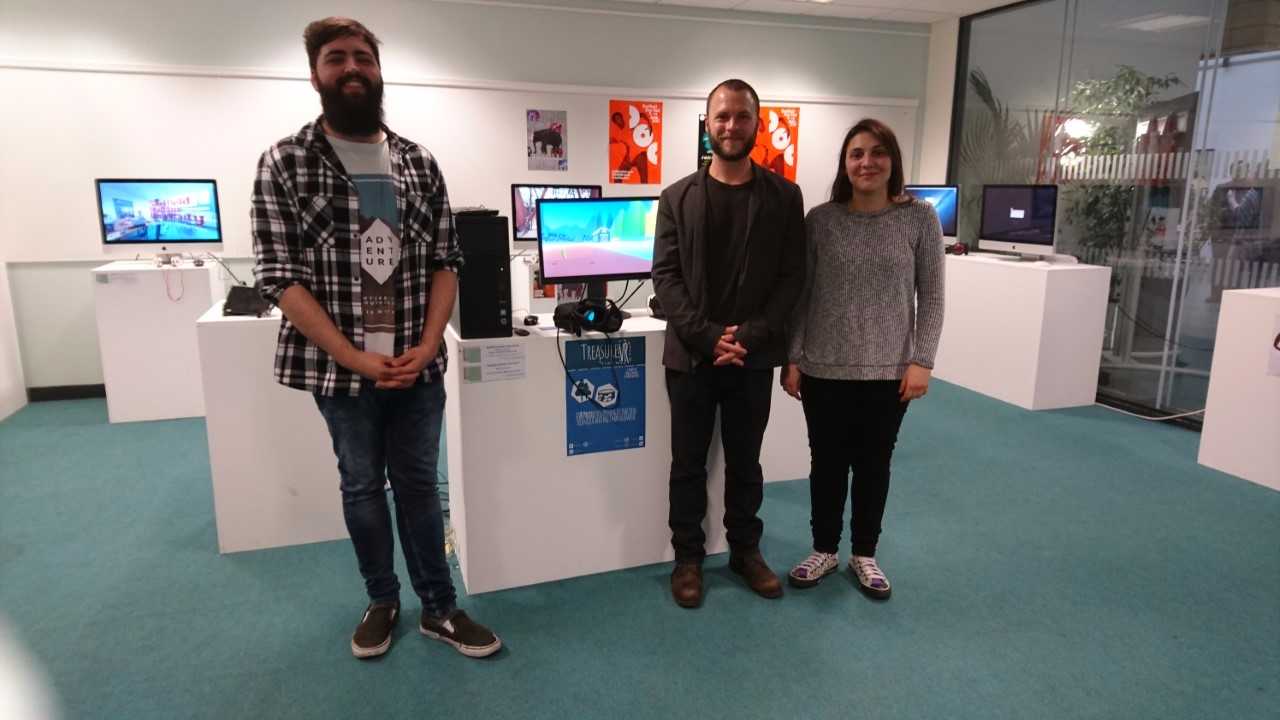 Digital Media Production students Diogo Salgado and Tania Silvestre have won the ADRC Research Innovation Prize for their contribution to a C3RI research project using virtual reality. The project brief required the students to create virtual reality experiences in a study focusing on distracting burns patients away from their pain during clinical interventions.

At the start of the academic year, C3RI researcher Ivan Phelan developed a brief asking Digital Media Production students to engage with a research project using virtual reality technologies. The Medical Research Council funded research to explore whether VR experiences could reduce pain for burn patients during dressing changes. The development of two passive 360 scenarios and two interactive scenarios, to identify what aspects are best for such distraction, was proposed. Diogo and Tania were asked to respond to this brief, designing virtual reality experiences to inform the creative approach to the project.

The brief was quite complex and sensitive, requiring students to design and develop stylised 3D environments adhering to specific design considerations highlighted by clinical trials. Interactive control schemes also needed to be designed and implemented that would enable patients with limited movement to fully engage with the experience. 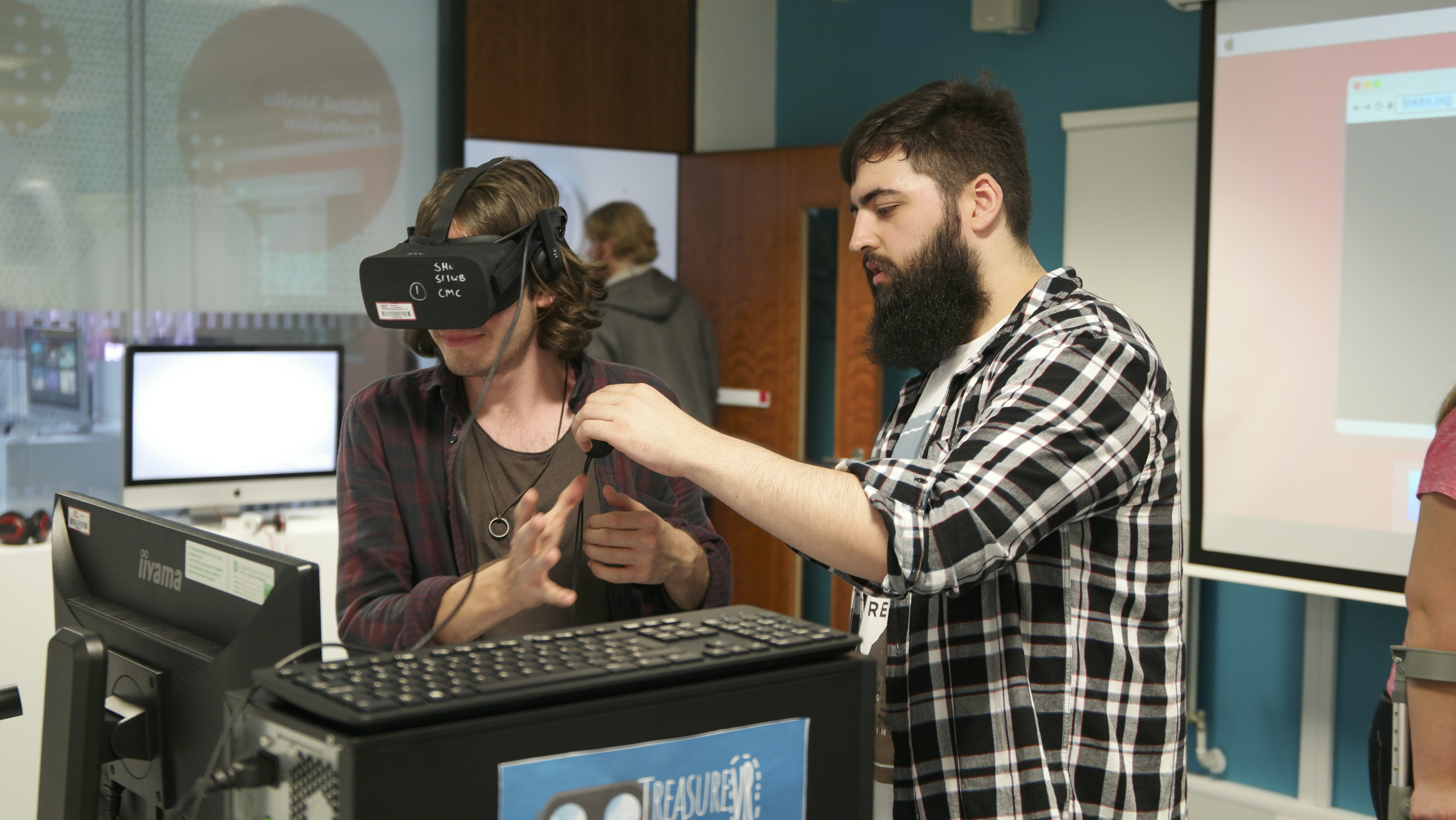 Working closely with Digital Media Production course staff and Ivan Phelan, the students produced three distinct VR environments across a range of styles under the title of ‘Treasure VR’. The experience places participants in a series of rich and calming environments: a farmyard, tropical island and alien planet. Inside each, participants are required to hunt for specific items, turning their heads to focus their view on the item and pressing a button on a control pad to collect it. There are a limited number of items to collect in each environment, with the goal being to find them all. Participants have the ability to navigate to different vantage points within each environment with single button presses. 3D sound design implemented by the student team adds an additional layer of immersion to the experience; birds can be heard tweeting in a forested area, or trickling water can be heard when the participant stands next to a well. Treasure VR was developed for the Oculus Rift using the Unity game engine.

The project was a valuable learning experience for the students, whilst also helping the C3RI team to further explore the potential for these technologies to be used in a medical setting.

Diogo and Tania will be returning next year to complete their final year on the MArt Digital Media Production course. They have already made plans, aiming to complete another virtual reality game for HTC Vive in collaboration with Sheffield=based graphic artist George Law, to be released in 2019. They will be formally awarded the ADRC Research Innovation prize during their graduation ceremony.