On the 26th October 1992, 'The Poly' as it was affectionately known then, became a fully-fledged University.

Sir Bryan Nicholson was one of the people behind this transformation.

Sir Bryan Nicholson was the chairman of the Council for Academic Awards (CNAA) at the time and an influential figure in the higher education sector. He played a pivotal role in implementing The Further and Higher Education Act 1992 - a new piece of legislation which marked a turning point in the provision of post‐compulsory education. The act brought with it the end of the binary divide between universities and polytechnics; the result was to allow thirty-five polytechnics to become universities.

Sir Bryan and the Principal John Stoddart were united in their common desire to create one higher education sector. This prompted John to invite Sir Bryan to become the very first chancellor of the new Sheffield Hallam University.

25 years on, the same values that were championed by Sir Bryan Nicholson, of equal access to education regardless of background or financial situation, live on as part of the Hallam Difference.

Sir Bryan said: "My father had been a coal miner but moved south from Wakefield to Essex during the Great Depression seeking work. Shortly afterwards my father became ill and unemployed - a bit too early for the later welfare state to protect us - so my parents became broke and moved back to Wakefield to live with my widowed grandmother. I was incredibly lucky that my headmaster was a local preacher and, worried that the move would blight my chances of university, he fixed it so I could stay as a boarder paid by the County Council. With all the help from him, and my other teachers, I gained entrance to Oriel College Oxford. As they say: the rest is history.

"My own background influenced what I became passionate about. When I grew older I realised more my own good fortune in education, but only a tiny minority had access to the opportunities I did. I was lucky later in life to be in a position to have some influence on all this. I was a strong advocate of equal opportunities and advancement of merit right from the beginning and I swore that if I climbed the greasy pole high enough to have some power I would use it to further these causes.

"Today more people are better educated than ever before. Sheffield Hallam is a university pursuing greater diversity and access. Now the task is to maintain and continue to develop that in tougher times."

In recognition of Sir Bryan Nicholson's contributions to the higher education sector and Sheffield Hallam University, a building was named in his honour. Sir Bryan said: "When you're a kid, you could never imagine a building being named after you, I still feel the same today. I thought how proud my parents would have been. They left school at 13 and, like many of my generation, I was the first person in my family to have a higher education. So I felt really honoured to have the building named after me and a certain sense of disbelief." 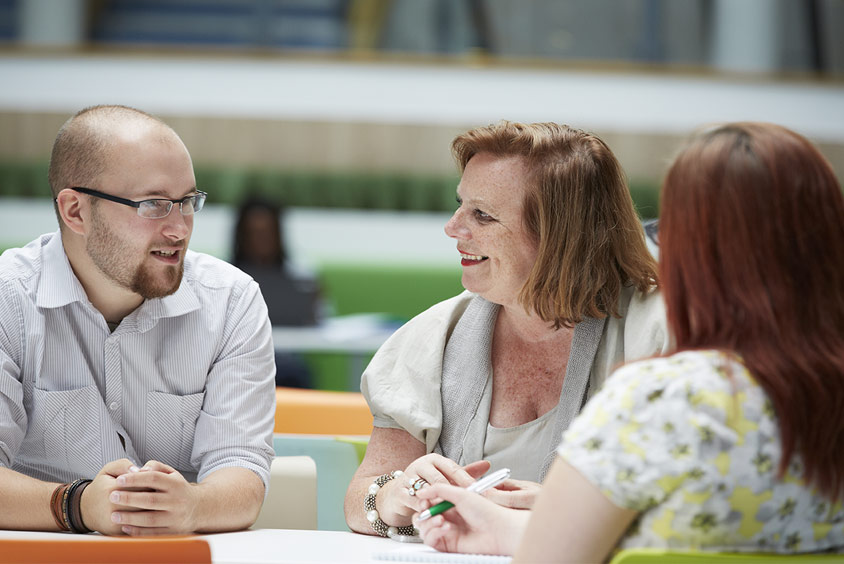