In 2021, fine art graduate Manish Harijan was chosen to be part of the Government Art Collection, having his work displayed in British government buildings around the world.


It was the latest success in an extraordinary career that has seen him rise from his beginnings as one of Nepal’s “untouchables” to become an artist in his home country — before having to leave after his solo exhibition was targeted by religious extremists.


He is now settled in Sheffield, where he graduated from Sheffield Hallam with a Master of Fine Arts in 2019.


“Choosing Hallam has been really good for me. I love the university and I love the art community I have joined,” says Manish.


But how did his story begin?


Manish grew up in Nepal, the son of a shoemaker. “My father was very skilled,” he says. “From the age of 9 or 10 I used to help him in his workshop. That’s where I discovered my artistic skills.”


Manish’s teachers soon noticed his talent, and suggested that he follow a path towards fine art.


But Nepal’s caste system created barriers. Manish’s family were in the Dalit, or “untouchable”, caste. “Dalit people are removed from the hierarchy, “ says Manish. “We aren’t allowed into temples or to read Hindu script, and you have to do low-level work.”


By the age of 14, Manish was working in fields near his home to make money to go to school. “It was very difficult to make it as an artist,” he says. “But our family kept on dreaming and I worked very hard.”


Manish was supported through further study and into university in Kathmandu by a scholarship from the charity Swan, which helps give opportunities to children from disadvantaged and rural communities in Nepal. He eventually graduated with a fine art degree and began to work as an artist.


“I was really afraid”


Manish soon secured his first solo exhibition in Kathmandu. He created 12 paintings which depicted Hindu icons as superheroes. “The idea was to show how traditional and modern beliefs are merging together,” he says.


But the show drew the attention of the World Hindu Federation Nepal Chapter, who stormed into the gallery and threatened Manish for insulting Hindu gods and goddesses in his paintings. That evening, the police arrived to seize his work and the exhibition was shut down.


“It was quite scary,” recalls Manish. “They came into the gallery and threatened me. They gave me the example of MF Husain, an Indian artist who was exiled after making paintings of Hindu deities. They said that would happen to me too. I was really afraid and I had no idea what to do.”


Manish went into hiding for six months. “Eventually I tried to work again in Nepal, but no galleries would take my work, as they were afraid of controversy.”


One of Manish’s sponsors at the Swan charity lived in Sheffield. They invited Manish to come and stay in the city to escape the situation in Nepal.


Soon after moving, Manish attended an open day at Sheffield Hallam. In 2017 he started a Master in Fine Art, which he says has expanded his artistic repertoire.


“I really love Sheffield Hallam,” he says. “It has fantastic studios and allowed me to explore lots of different techniques, from pottery to photography to sculpture. The technicians are really open to ideas — in two years I was never told no! I’ve tried to grab all the opportunities available.”


Manish relished joining an international art community. “Sheffield has a very multicultural population and it’s great to meet and work with people from all over the world. I received two financial grants which allowed me to work with international artists.”


While at Sheffield Hallam, Manish won the Dianne Willcocks Lifelong Learning award. He has exhibited in cities around the world, including Copenhagen, London, New Delhi and Vienna.


In 2021, Manish was one of three Hallam artists to be chosen as part of the Government Art Collection. “It’s a huge honour for me,” he says. “It will open up a lot of opportunities. And when I look back at my journey it gives me a lot of motivation for the future.”


The same year, Sheffield Hallam University was named a University of Sanctuary for its outstanding support for refugees and people seeking sanctuary across all areas of higher education.


The significance is not lost on Manish.


“The fact that the university is giving hope to refugees and the stateless is hugely important,” he says. “Sheffield Hallam gave me somewhere to engage with a world-class art environment. It kept me motivated and allowed me to see a future for myself. It’s great that they continue to do that for other people.” 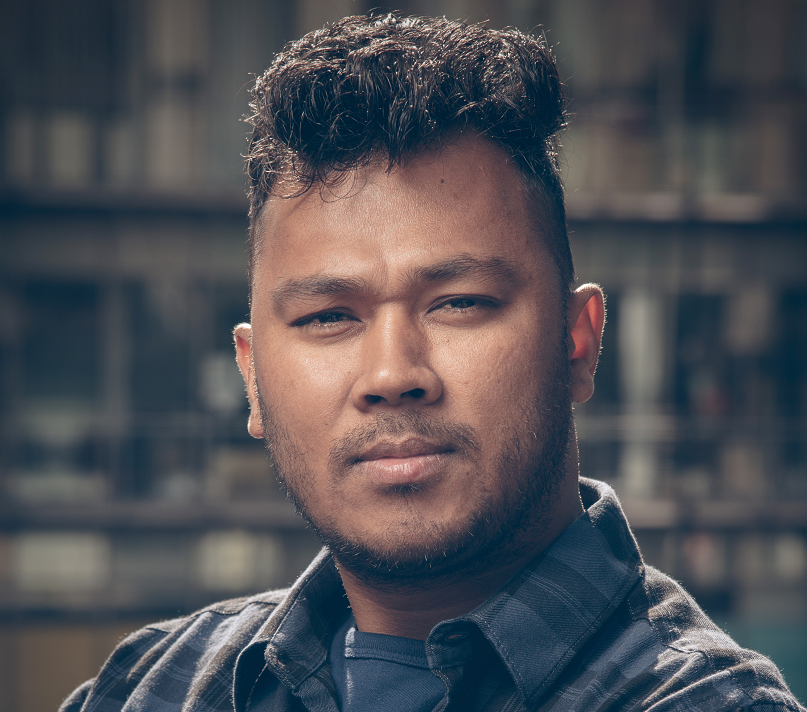