Could we see ‘le plank’ at this year’s Tour de France?

It’s the latest unconventional riding position. Here’s why adopting it could make you quicker – without needing to pedal. 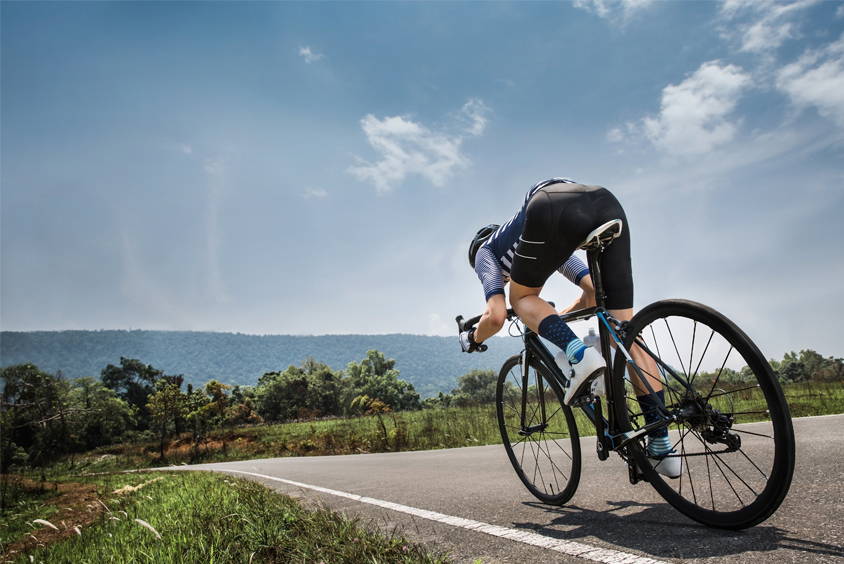 Last year we saw Chris Froome pedal to his third Tour de France victory. He grabbed an initial lead over his rivals while flying downhill in an unconventional tuck position.

The interest surrounding the move had many speculating on the advantages gained and even some computational analysis which concluded that the safer, standard descent style may have been quicker.

It wasn’t Froome’s risky descending which caught my imagination though. It was a video I spotted a while back which shows a much riskier (and arguably much more effective) descending technique.

In the video above we see a cyclist riding a fixed-wheel bike (one gear, no freewheel) before being passed by a group of cyclists pedalling standard, geared bicycles. With a fixed gear he isn’t able to pedal faster and so he adopts a crazy position — a solid, horizontal plank propped on top of the saddle. A number of things are clear from this point on.

How could this plank pose be so effective?

I have constructed two simple models of a traditional cyclist and one in the plank pose, racing head-to-head downhill.

As you can see, after a few seconds the superior aerodynamics of our prone cyclist begin to yield an advantage until his increased speed results in him disappearing from view.

However, we’d expect this wouldn’t we? Neither cyclist is pedalling and we know our planking cyclist is more aerodynamic. I think the real question is how much of an advantage does the improved aerodynamics give?

For my second animation I’ve given our normal cyclist an advantage — he’s elite level. This cyclist is able to generate a continuous output of 500 watts.

How does this head-to-head look?

The beginning of the race is not surprising. Our normal cyclist is able to generate a large amount of power to accelerate quickly while our plank cyclist only has gravity. At low speed aerodynamic forces are very low and the plank cyclist is left in the dust.

After some time our normal cyclist reaches a happy equilibrium. The propulsive forces are equal to his drag. What may come as a surprise is that after some time our unpowered, plank cyclist comes from behind to race past.

So, could we see this position at this year’s Tour de France?

Going back to our original question, I can’t see anything so extreme being attempted in the fastest race in the world.

But as my model shows, there are countless examples where paying attention to aerodynamics can give cyclists the crucial edge.

A version of this article was originally published on Engineering Sport.

How can we help your business?