What does the film The Work show us about prison rehabilitation?

Sheffield Doc/Fest review: As a criminologist, I found The Work a fascinating watch, but was also left asking some questions. 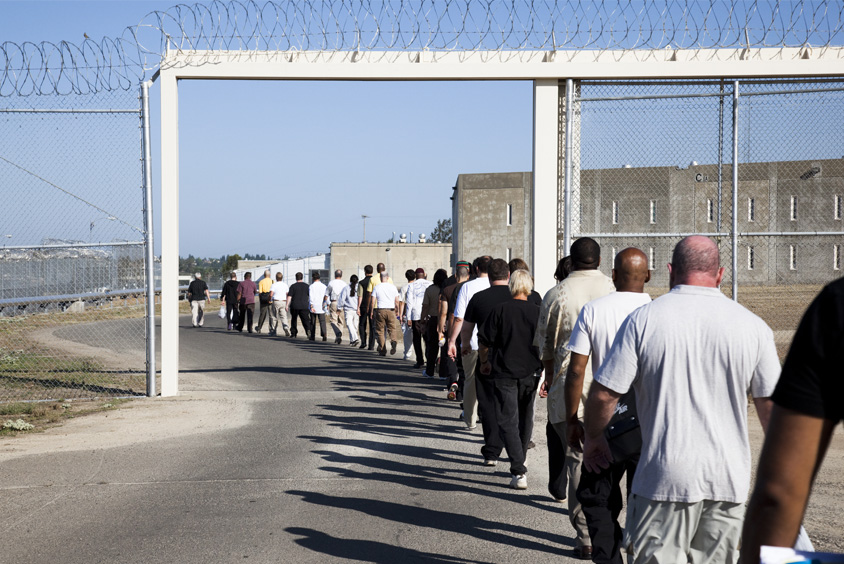 By Dr Jake PhillipsSenior lecturer, Department of Law and Criminology

Jairus McLeary and Gethin Aldous’s film The Work brings important criminological debates to the screen through the portrayal of a group therapy programme in Folsom Prison, California.

The programme is no ordinary group-based therapy course – unlike any I’ve ever come across in my research in prisons and probation. Instead of qualified therapists or probation officers running the show, non-prisoners (‘outsiders’) are invited into the prison for four days to work with prisoners on an intensive group therapy programme. They are supported by facilitators, who are former prisoners themselves.

The aim is for all participants to connect, identify issues and work through whatever might be ‘holding them back’.

The film focuses on the men in one group: three outsiders and six prisoners. Their discussions cover topics such as childhood experiences, betrayal, fear and hope, and the film illustrates many of the issues that we already know about in the field of criminology.

Prior victimisation, race, gang violence, drugs and poverty are all key factors in the onset of offending and feature heavily in the film. In this sense, The Work does an excellent job at bringing the issues to life. Above all, however, the therapy brings the importance of emotion to the fore. In my own research, I see the range of emotions that offenders bring to the process of stopping offending: anger, disappointment and low self-esteem are all common.

But what really stood out in the film was what underpinned many of these emotions: the father-son relationship. This relationship framed the way each man understood his place in the world. Chris, an outsider, came to realise how his father’s actions had undermined his self-belief, whilst Danté, a prisoner, expressed suicidal thoughts at the prospect of being an absent father for his son. The film explored this relationship in an incredibly personal way. So much so, that the film is about much more than serious offenders in a high security prison. Rather, it sheds light on the key relationships that make up our society in a broader sense.

However, whilst the aims of the therapy are laudable, the way emotions were treated seemed overly simplistic. Success appeared to be little more than making the men break down in tears, some in a slightly evangelical group hug on the floor.

The men involved had a lot of pent-up emotion, yet breaking down in tears is unlikely to be enough to overcome years of bottling up feelings, despite the catharsis it clearly provided. I cannot help but wonder whether participants might benefit from more help to move beyond that initial realisation that they have been repressing very strong negative emotions.

The issues presented in the film are very real but there’s no denying that the methods used to bring those issues to the fore made for some uncomfortable viewing.

We do not find out what happens to the participants: were their lives improved and in what way? The film ends with an incredible statistic: 40 people have left the prison after doing the programme, and none have returned. However, people who serve very long sentences tend to reoffend less and the people who took part in the programme might have been unlikely to reoffend in any case. The criminologist in me is wary of such a bold claim. The film could certainly have taken a more critical glance at the programme’s methods and effects.

The film is beautifully shot and invokes almost as much emotion in its viewers as the therapy does in the participants. Anyone who wants to know more about the way in which experiences shape one’s emotional responses to one of life’s most difficult situations – physical or emotional imprisonment – will find it a riveting watch.