Improving maps for the visually impaired

Improving maps for the visually impaired

Research, led by Professor Paul Chamberlain of the Art and Design Research Centre (ADRC), has explored the value of artefacts in developing knowledge and the role of haptic (touch) cues in improving the design and usability of products. The research has informed the design of TacMap whose primary beneficiaries are blind and partially sighted users, enabling them to move more easily around interior and exterior spaces. In 2010, a spin-out company TacMap Ltd. was formed which continues to further the aims of research, providing greater independence and dignity for blind and partially sighted people through the use of TacMap. It also works with businesses who wish to provide more inclusive and compliant services in relation to the Equality Act 2010 agenda.

Professor Paul Chamberlain adopted a practice-led experimental approach to research that has increased understanding of the shape and textures that are more and less easy to detect by touch. Following other related projects, such as the Design Council UK award winning tactile sounds system and Q chair (2000) developed with feedback from deaf and blind users, Chamberlain applied the developed approach to how blind people conceptualise and navigate space. This led to the development of an iconic tactile language for use in tactile maps, supported by Higher Education Innovation Funding.

Signs and symbols can generally be described as either pictographs, literal pictorial representations of the real world, or ideographs that are abstracted ideas of that world. Chamberlain supervised Patricia Dieng to investigate which of these symbols, used in tactile maps, were more appropriate to help blind people to understand their surroundings. The study, which involved a series of user-workshops with the Sheffield Royal Institute of the Blind, identified particular difficulties for blind and partially sighted people in interpreting pictographs. This was due to their reduced scale and the fact that blind people do not have the experience of visual association of the pictographs.

These trials led to a significant reduction in the use of pictographs and an increase in newly designed abstract symbols. The modified symbols, designed by Chamberlain and Dieng, were then employed on maps for site-specific locations and a series of user navigation trials were undertaken with blind users.

Following the research and user trials, Dieng established TacMap Ltd under licence from the University. In 2010, TacMap was shortlisted for the RCUK business competition award. Dieng liaises with mobility officers and vision support services and continues to work closely with end users. TacMap has been exhibited at Sight City Frankfurt, Autonomic Fair, Paris and 'Sight Village', Birmingham.

Locally, the work done by TacMap has brought about greater independence and dignity for the blind and partially sighted and is endorsed and promoted by the Sheffield Royal Society for the Blind (SRSB) and the Sensory Impairment Team at Sheffield City Council. The SRBS itself works with TacMap to provide feedback from visually impaired people to help its development.

TacMap has been commissioned and adopted by South Yorkshire Passenger Transport Executive and will be used in The Queen Elizabeth Olympic Park by the London Legacy Corporation to support its equality and inclusion agenda. It has also worked with a local school for blind and partially sighted pupils to overcome challenges of orientation.

Nationally, it has been presented to the UK Universities Safety and Health Association (USHA) to demonstrate how tactile symbols could support the HM Government Personal Escape and Evacuation Programme (PEEP). 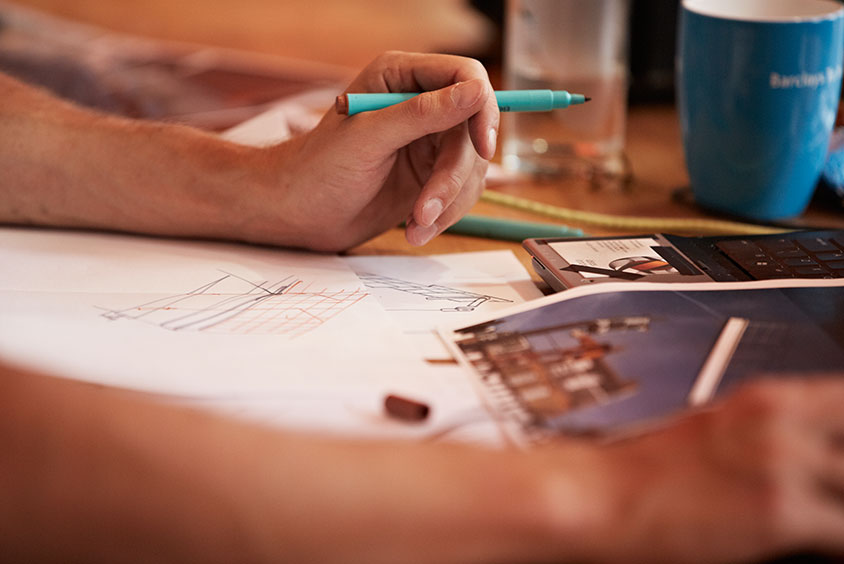