Mixed media work using photography and constructed clothing for an exhibition that opened in Manchester, Britain and toured to Chongqing, China in 2010

Nothing is Still is a mixed media work in several parts, made for ‘Negotiating Values’, a group touring exhibition that explored certain themes in the relationship between China and Europe, and the increasing influence that China holds over the West. ‘Negotiable Values’ questioned the value judgments we make, the notion of progress, the human endeavor needed to strive for a better life, and what is lost in a pursuit of progress.

In Nothing is Still we suggest ‘the stranger’ in an inhospitable landscape in order to signal the difficulty of action in a hostile environment and the potentiality of endeavor. The work aims to address and embody ideas about dialogue, boundaries, potential conflict, but also action and agency.

Central to this work was the constructed clothing, which was worn for the performative photographs and then displayed alongside the still images. In this work our clothing’s similarity to pyjamas and the decision to wear them outdoors is a reference to the Chinese Mainland custom of wearing nightwear in the street, something we observed whilst in Shanghai. However, ours are joined in an impractical, awkward way that restricts movement, but it also created a literal and physical connectivity between the two subjects. It suggests an idealism, whilst also foregrounding the difficulty of the endeavor that we are engaged in – to perform, to stand, to achieve an outcome. We hoped that the emptiness of the winter landscape and the weather conditions would create a hostile scene into which we entered to perform a simple but futile gesture, that of striving to act under difficult conditions. We wanted the material between the two figures to infer a conceptual space akin to a blank page, a blank flag, a blank banner onto which text or a motif could be imagined and thereby suggest potentiality. 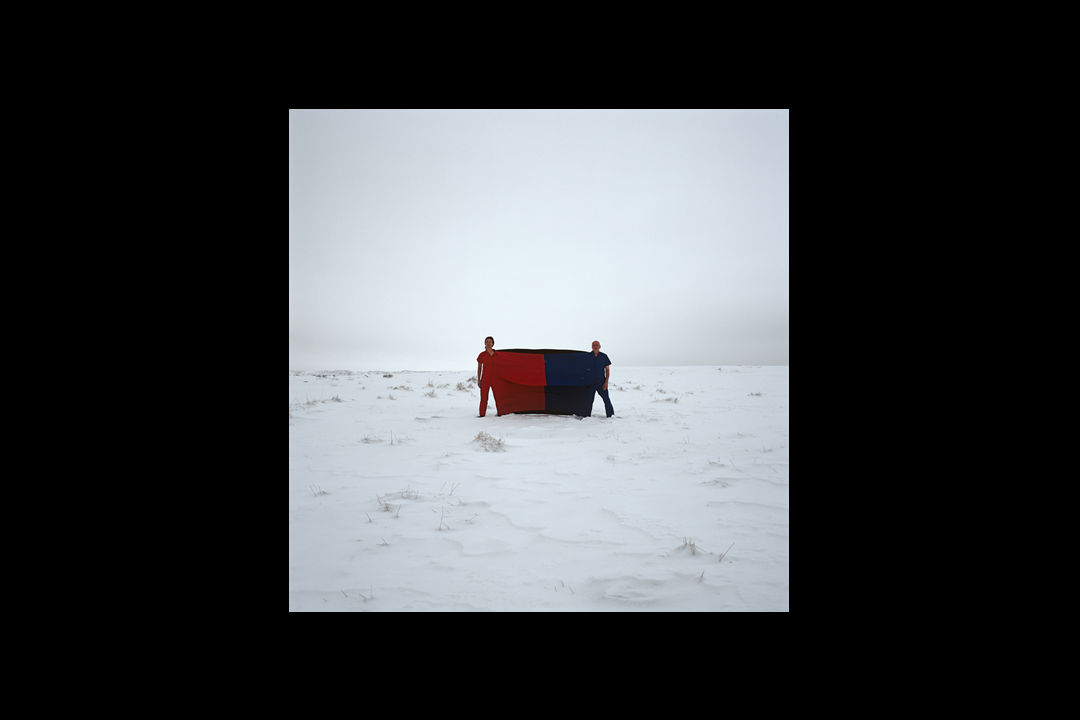 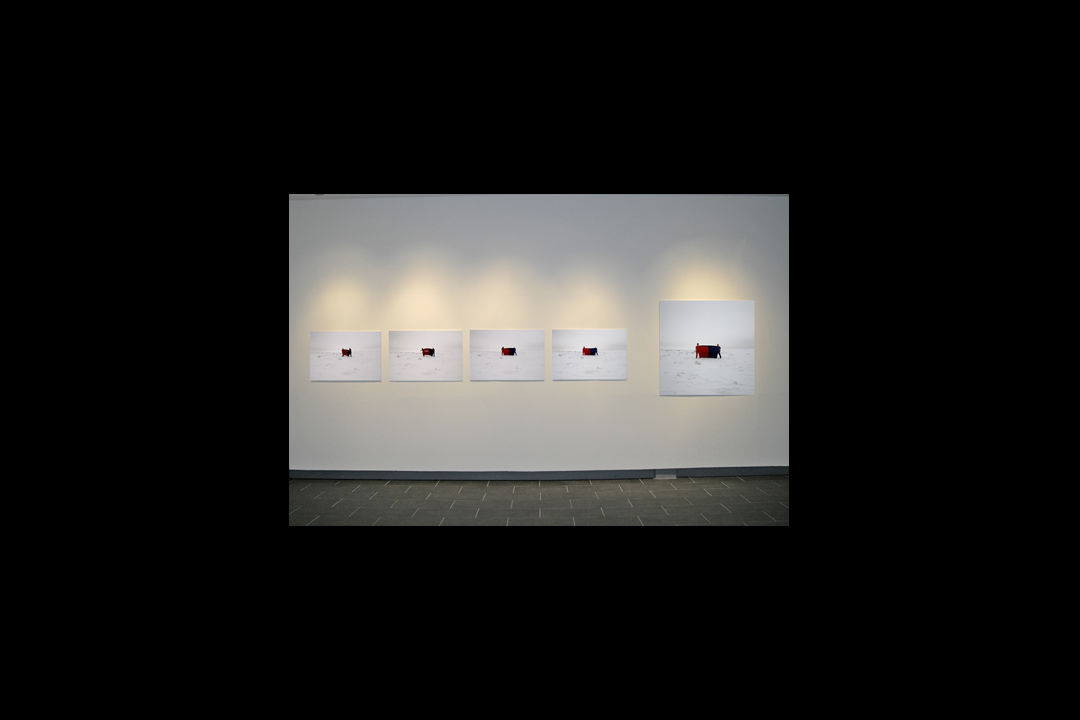 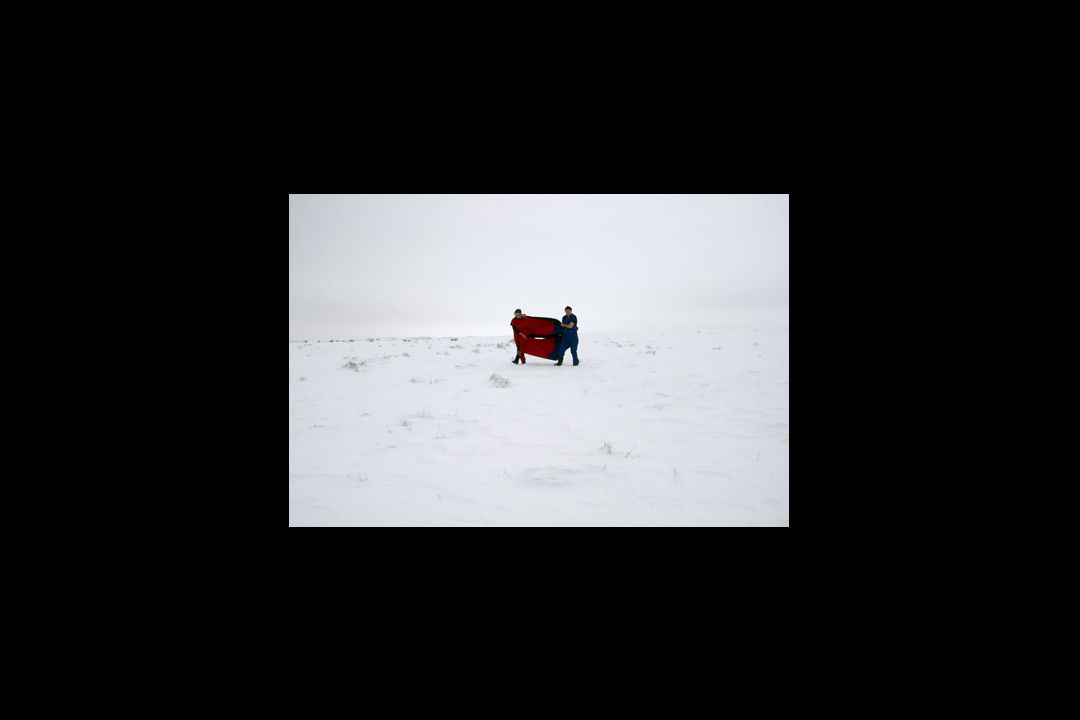 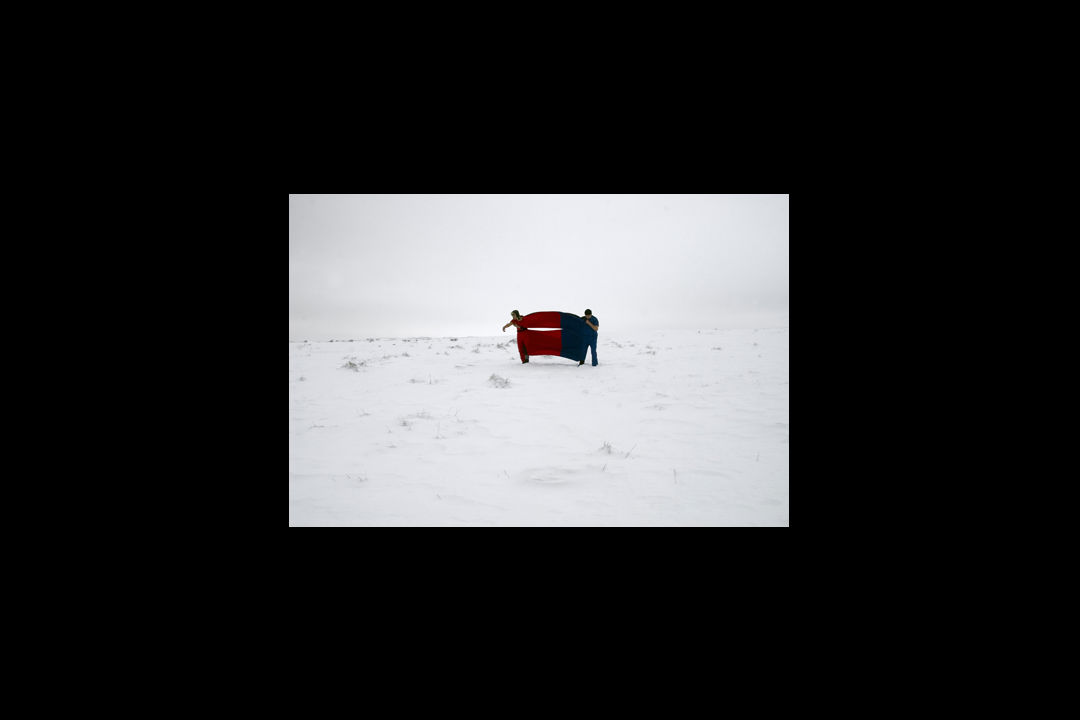 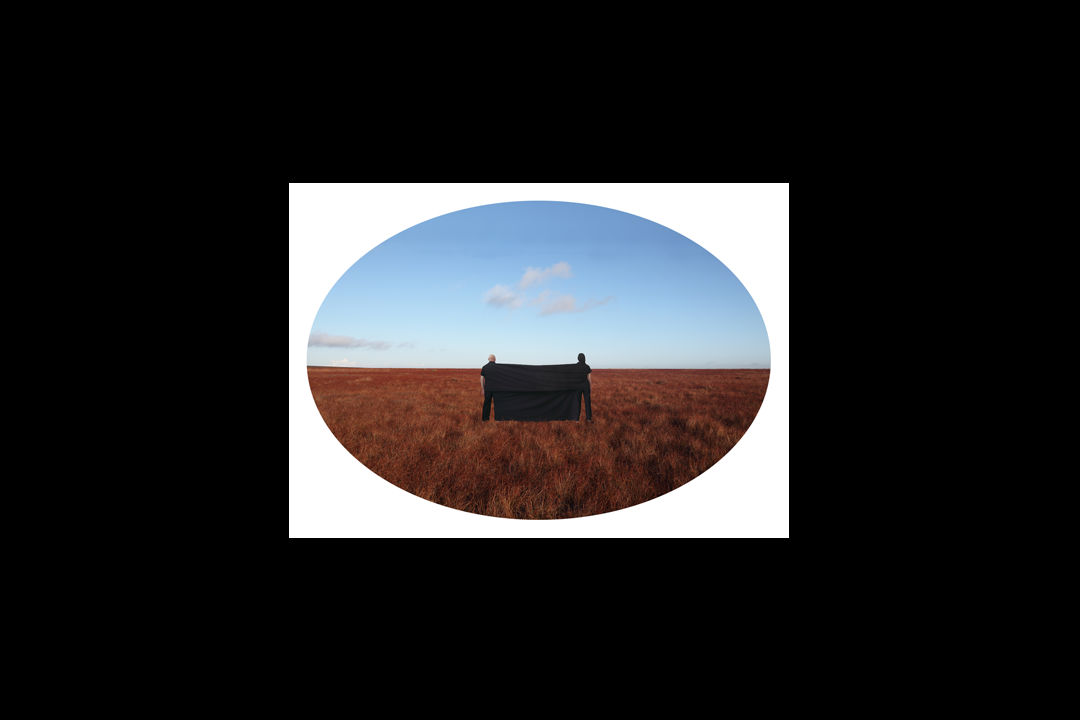