Topographies of the Obsolete

This is a collaborative project that deepens understanding of the post-industrial landscape with reference to the industrial ruin. The project emphasises the use of site as ‘raw material’ through which participants organically develop individual approaches via experimentation and dialogue. The key collaborators are Bergen Academy of Art and Design, Norway (KHiB), the British Ceramics Biennial, and researchers from art academies from Norway, Denmark, Germany, USA, and UK (The Royal Academy of Art in Copenhagen, Denmark, Muthesius Kunsthochschule, Germany and Art and Design Departments at Nottingham Trent University, Newcastle-upon-Tyne University, Bucks New University, and Sheffield Hallam University).

Via a series of workshops and with the participation of cross-disciplinary artists/educators from a range of international institutions, the socio-economic histories, industrial architecture, and production remnants of the former historic Spode site at Stoke-on-Trent were explored. The outcomes were presented in an exhibition entitled ‘Topographies of the Obsolete: The Vociferous Void’, which was part of the third British Ceramics Biennial from September-November 2013, sited at the Spode factory.

Previous exhibitions arising from the project include: ‘Resurrecting the Obsolete’, Rom 8, KHiB, 2012 and ‘The Site is the Question’, AirSpace Gallery, Stoke-on-Trent, 2013. Future iterations will be disseminated at collaborating institutions from 2013 to 2015.

Brown's interest in this area of research has arisen from two earlier projects in 2011 which considered culturally loaded sites: Brutalist Speculations and Flights of Fancy, a publication featured her drawing The Extinction Archive; and the film Rec 16 and watercolour studies Vanishing Point, were made in response to Isola di San Michele, Venice.

Two Northern Soul dancers are seen dancing with passion in the empty, once splendid Boardroom at the now disused Spode Factory, Stoke-on-Trent, leading to collisions of meaning, not least the questioning of the sanctity of the Boardroom, a place where traditionally the Managing Director and the Board would entertain buyers and guests. In the film, the room is transformed into a ballroom, a dance hall, where uplifting music is played and a couple dances, absorbed in their own movements and thoughts.

Through this film and it’s installation as part of the British Ceramics Biennial in the Managing Director’s office at the Spode Factory issues such as the class system, labour and norms of behavior are questioned. Notions of the industrial ruin in combination with the Stoke’s prominence within the history of the Northern Soul movement are explored through the film making connections between Stoke and Detroit (from where the music largely originates). The work articulates with contemporary questions around site, dance and music as a way of addressing emotional responses to particular places, and reference Jacques Derrida’s ideas of Hauntology, Phil Collins’ ‘They Shoot Horses’ 2004, Ian Breakwell’s ‘The Other Side’, 2002 and the project by electronic musician The Caretaker (James Kirby) inspired by the haunted ballroom scene in Kubrick’s The Shining, 1980.

The Archive of Extinction 2011

The interior of the water tower is a large voluminous
space. Placed in the centre of this space is a soaring
black eight-sided object. It is shiny and cold to the touch,
perhaps made of black marble or granite. This octagonal column
is almost the height of the internal area of the water tower
and imitates its form. On the eight sides of the structure are
hundreds of little white, porcelain buttons. Names are written on
each of the buttons, both a scientific name and a common name. Also
written is the date of the animal’s extinction (e.g. Equus Quagga Quagga/
Quagga/ 12th August 1883). The buttons are distributed evenly from the base
of the object to just above head height, the empty black surface above awaiting
further buttons. In the future a platform that can be raised and lowered will have
to be added in order to gain access to the higher buttons. Pressing a button releases
the sound of an extinct animal into the inner chamber of the water tower via a number
of Tannoy speakers placed on top of the octagonal structure. Transmitters mounted on top
of the water tower simultaneously broadcast the sound of the animal into the atmosphere as
digital sound waves. Pressing many buttons at the same time results in a cacophony of extinct
voices echoing and running into one another inside the tower and into the air outside, as silent
coded messages.

A Heap of Extinction (after Robert Smithson):
containing the names of 707 animal species and 16 animal
subspecies documented as extinct since the year 1500. This
figure is wildly inaccurate, the true figure probably being
much greater.

Chloë Brown’s drawing The Extinction Archive was included in the publication Brutalist Speculations and Flights of Fancy, published by Site Gallery, 2011, ISBN: 978 1 899926 18 3

This publication considers six of Sheffield’s Brutalist buildings and explores the place that these buildings hold in the city today. Twenty-five artists and writers from London, Sheffield and Berlin were invited to contribute. Three notable writers on the urban landscape and architecture give a historical and social context and speculations of their own. Project conceived by Julie Westerman.

The film Rec.16 and the watercolour studies Vanishing Point, show views of the tombs on Isola di San Michele, the island which Venice designates as it’s cemetery. These tombs appear as architectural storage systems, reminiscent of archiving systems, for human remains. The grid-like formation of the blocks of tombs repeat and create a complex series of vanishing points, which form the central theme of both the film and the watercolour studies. This work is part of an ongoing interest into the idea of Memento Mori. This work was shown in Isola di San Michele, and exhibition by Elisabeth Wörndl and Chloë Brown, Basement Gallery,Vienna, Austria, 2011. The focus of Brown's work for the international research project ‘Topographies of the Obsolete’ is on the landscape of post industry and takes the disused Spode factory in Stoke-on-Trent, UK, as its critical prompt, as defined by the factory's history, legacy and socio-political context. Chloë Brown's film Rec 16 was made in response to her visits to Isola di San Michele, the island which Venice designates as its cemetery. 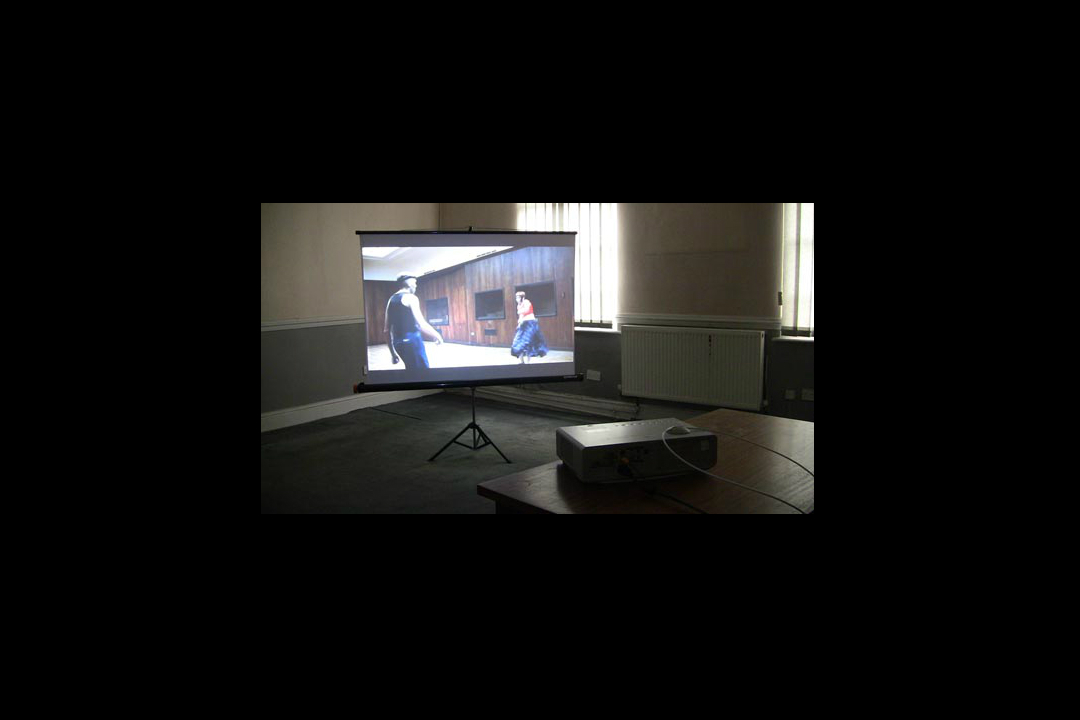 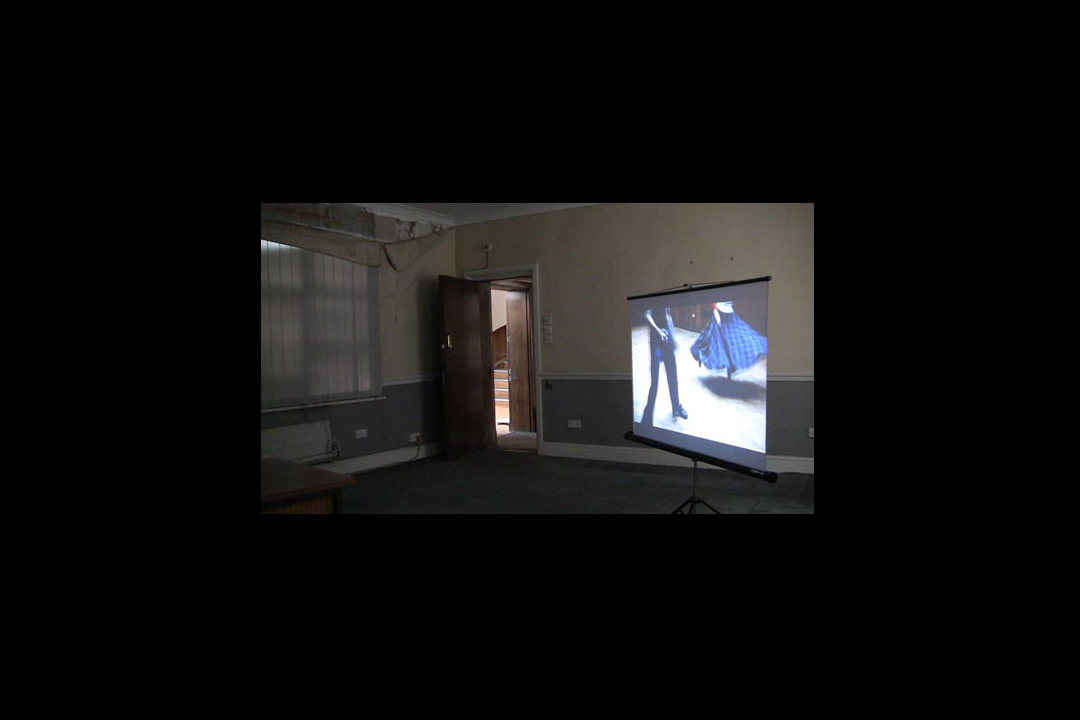 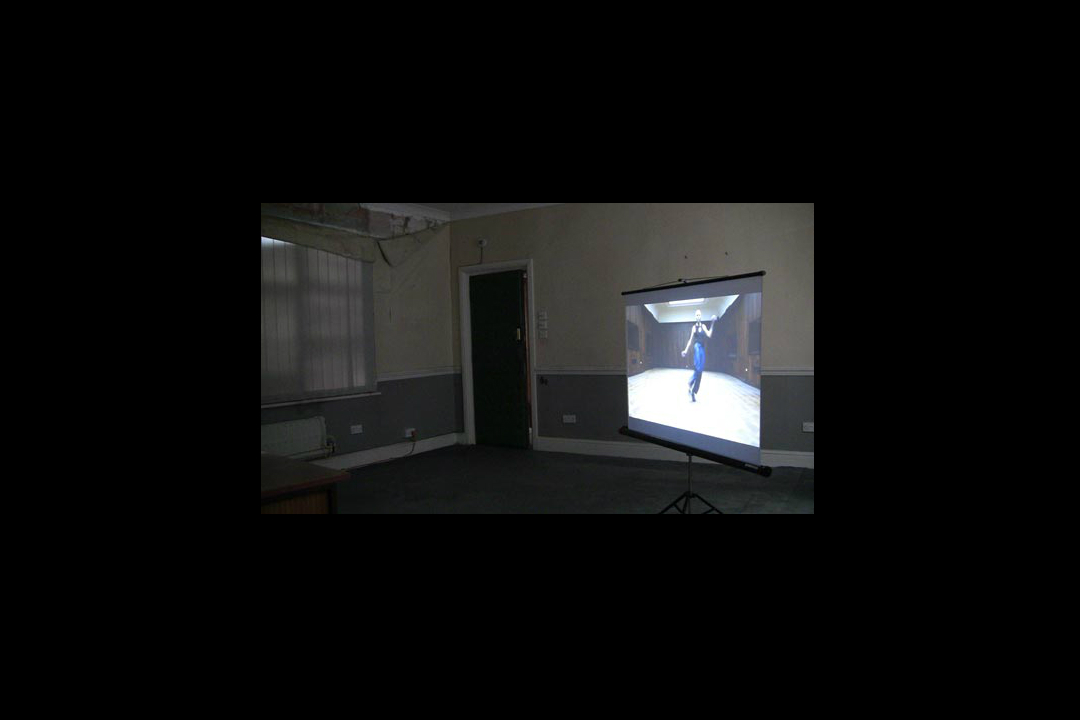 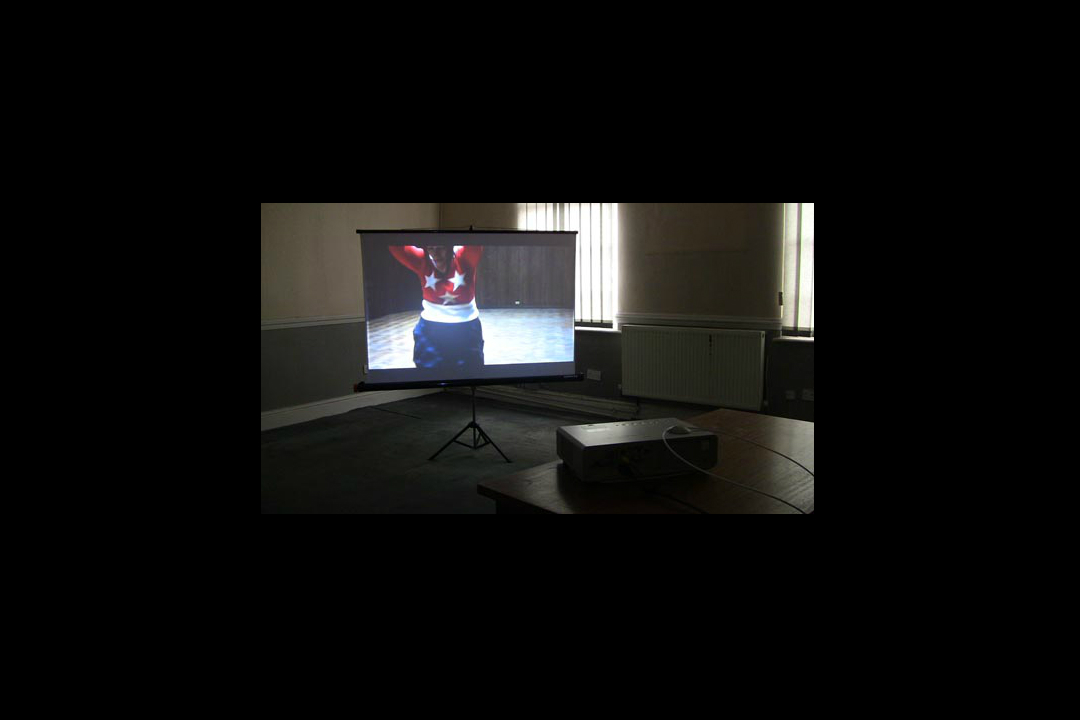 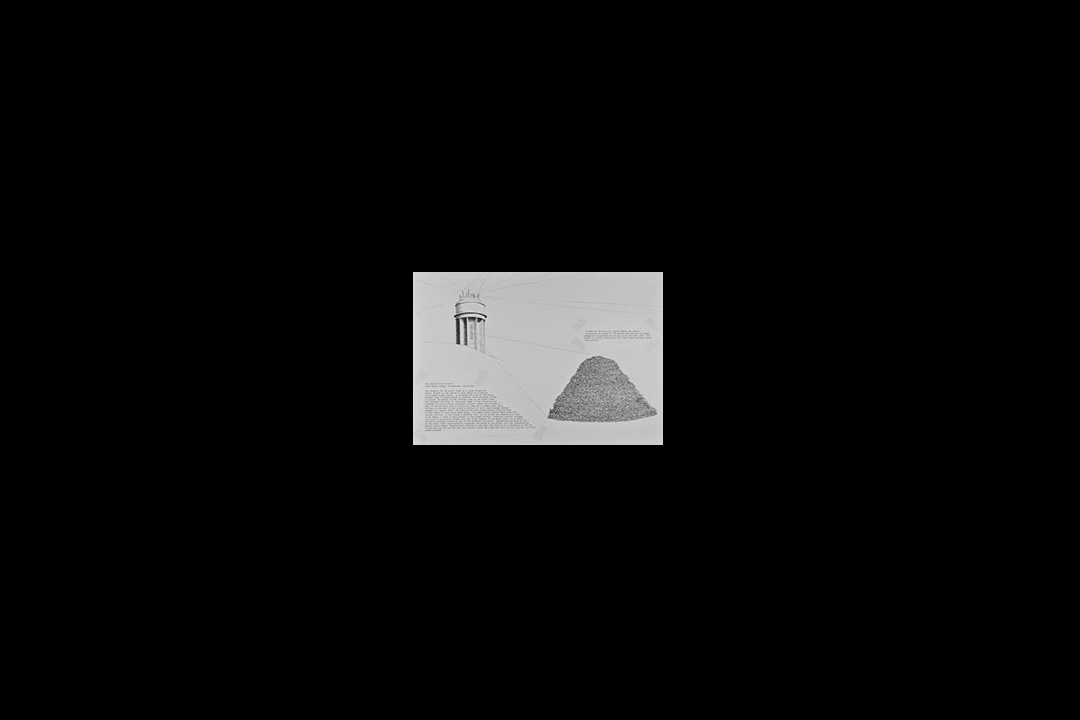 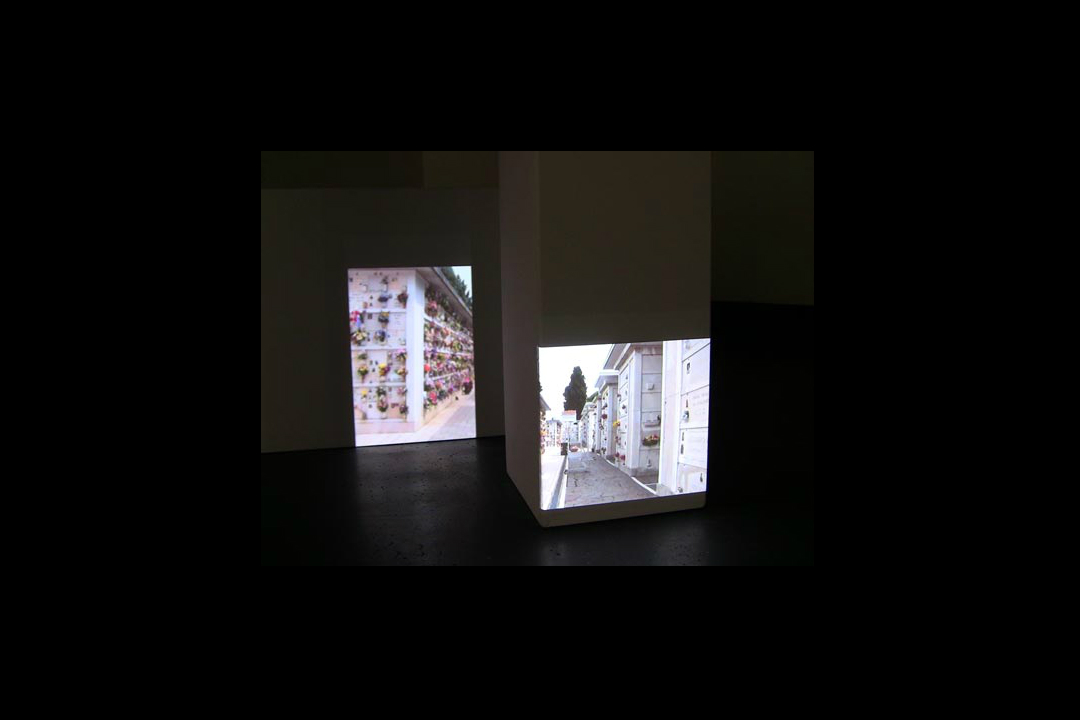 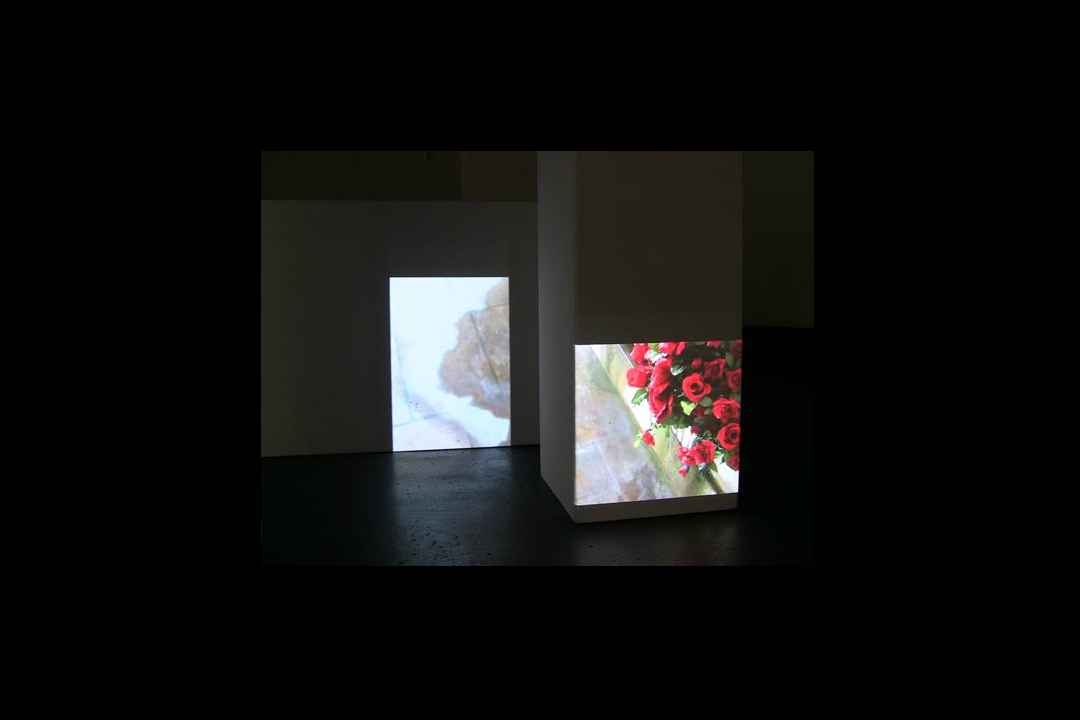 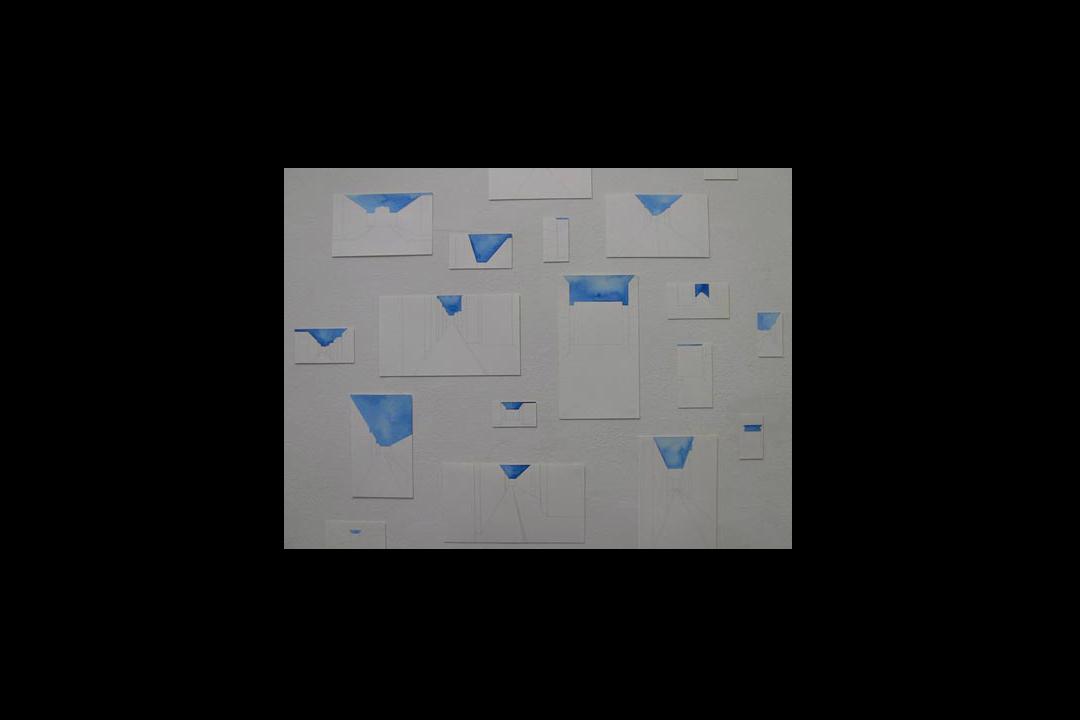 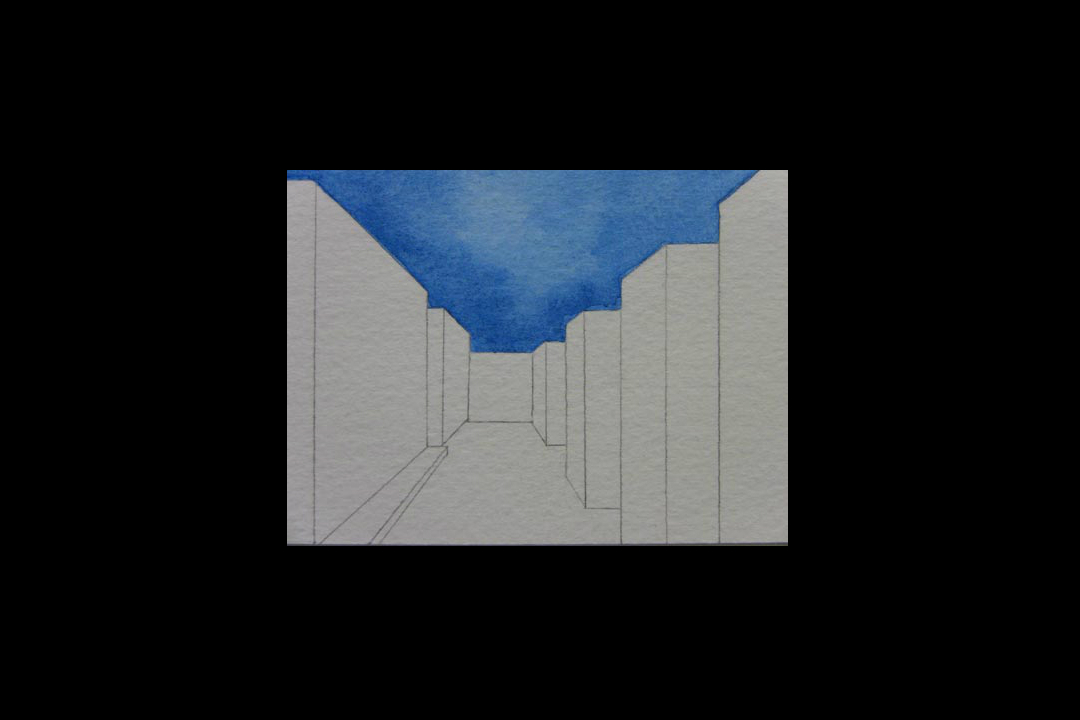