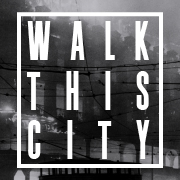 'SOLAR' is a new digital project funded by Catalyst from The Walking Arts Research Group at Sheffield Hallam University in collaboration with external organisations Opus Independents and Epiphany VR. It is an app that guides a walking trail from the city into the Peak District as a scaled down version of the solar system. The trail begins with the Sun in the Peace Gardens and ends with Neptune situated near Ladybower Reservoir and follows scaled down measurements of the distances between planets onto Sheffield and the peak district. Users will be able to download the app, follow a walkable trail and uncover a new piece of artwork from artists and lecturers at Sheffield Hallam as they pass each respective planet.

The app will be launched in late February/ early March of next year. Join us for a work in progress showing/discussion about the project and see a prototype version of the app.

The event is free and no booking is required.

The Walking Arts Research Group at Sheffield Hallam University was set up in 2014 by Annie Watson and Jeremy Lee to create a regular once-monthly time and space to walk, discuss, think about and make research and practice within Media Arts. As a group, and individually, they have made multiple research outputs, received commissions and shown work at festivals, exhibitions and conferences.

Opus Independents is a not-for-profit, independent organisation working in culture, politics and the arts, encouraging and supporting participation, activism and creativity through mediums including in print, online and live events. Their main strands are Now Then Magazine, Wordlife and the Festival of Debate.

Epiphany VR are a digital arts organisation made up of theatre makers and technologists specialising in working with the arts and new technology.