Esther Johnson's poetic documentary feature film 'Asunder' premiered at the Sunderland Empire in July 2016 to overwhelming feedback. The project was a highlight of the 14-18 NOW World War 1 centenary activities.

Now, Sunderland Cultural Partnership has announced a programme of community screenings from early 2017 in venues throughout the North East which have some connection to the stories in the film

Asunder will also show at the Barbican in London on 12 February 2017 (tickets) and at HOME in Manchester early in 2017.

About the film:   Asunder uses contemporary and archive footage to tell the stories of people from Tyneside and Wearside to uncover life on the home front, during the First World War.  The soundtrack for the film is composed by Field Music and Warm Digits, performing with the Royal Northern Sinfonia and the Cornshed Sisters. The work has featured on BBC 6 Music, in The Guardian and Sunderland Echo and it has just been shortlisted as Performance of the Year by Living North magazine. You can read more about Asunder and Esther Johnson's other film work and here and here.

Esther Johnson is a UK-based artist and filmmaker whose research practice explores poetic documentary portraiture through moving image, audio and photography. She is a Reader in Media Arts at Sheffield Hallam University. 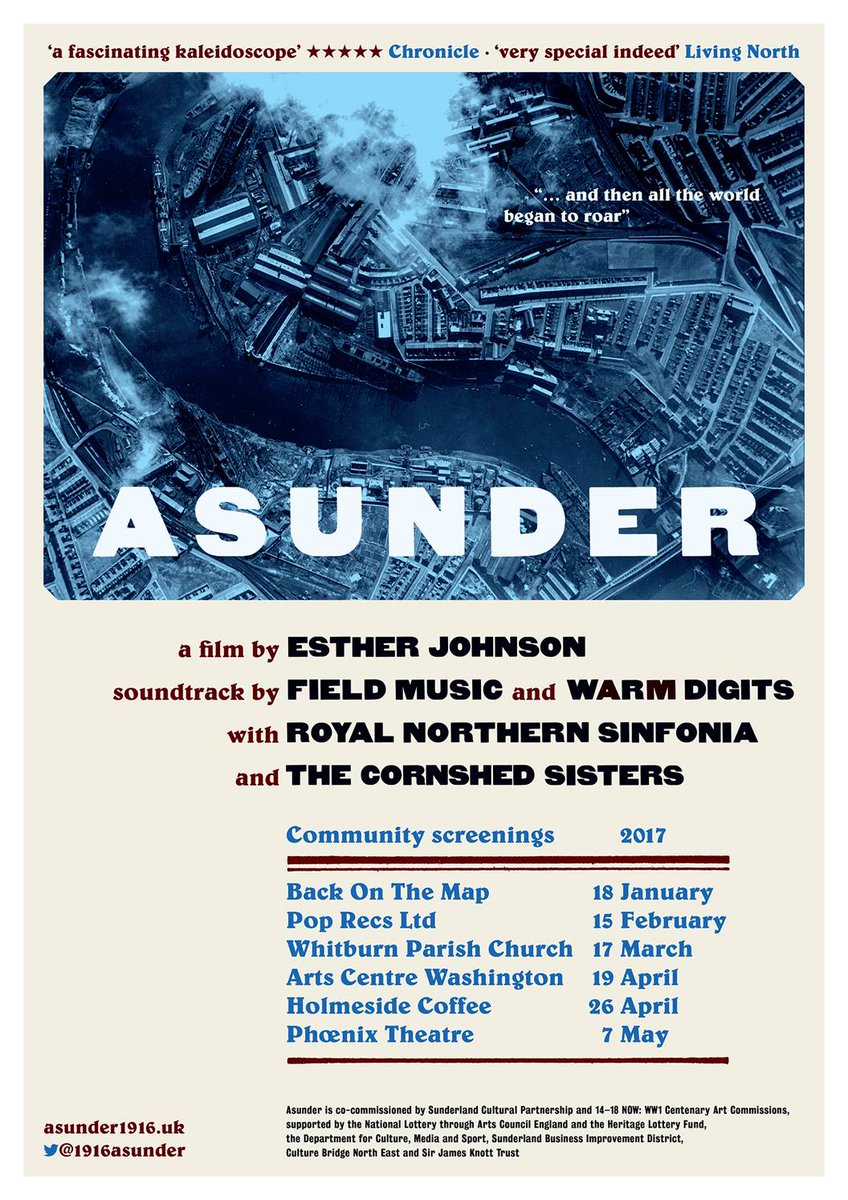