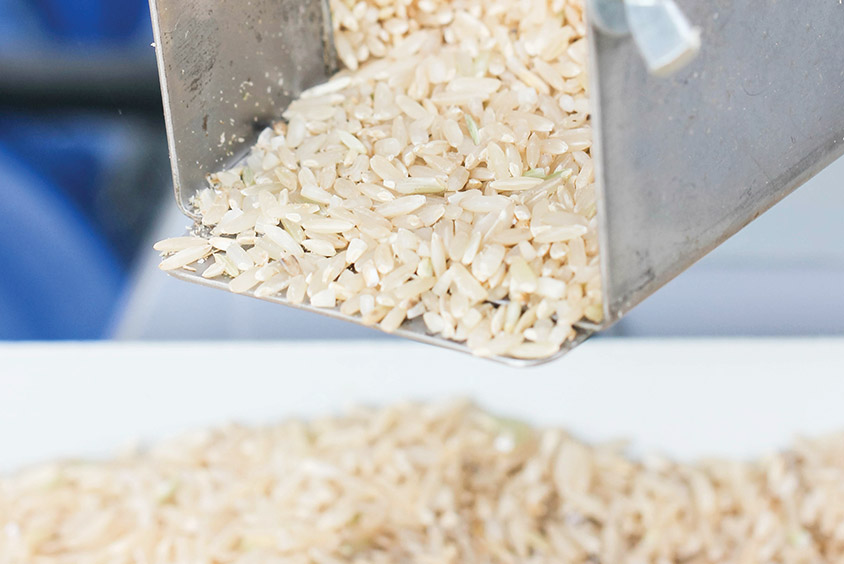 Rice is the daily staple for the majority of the Indian population: 65% of Indians get 40% of their nutritional intake from rice. Yet only half of the rice from the original paddy reaches the consumer, because of poor storage, outdated milling processes and waste by-products that aren’t being utilised. This could be a thing of the past, thanks to a pioneering partnership between the UK and India.

Researchers will also investigate the opportunities to recycle rice husk into ash for the manufacture of sustainable materials for the construction industry. Currently the majority of rice husk ash is sent to landfill in India. However, if it’s burnt at a low enough temperature, the resulting powder could be used in building materials and have a lower environmental impact.

This international partnership is one of the most ambitious projects we’ve ever embarked upon. With 13 partners across the UK and India, effective collaboration and communication are critical to our success. That’s where our relationship with Sheffield Hallam really comes into its own. The National Centre of Excellence for Food Engineering’s experience of complex partnership working, collaborative research and technical expertise put us in a strong position. If we get this right, our outcomes could really transform the future of rice milling.
Alec Anderson, Koolmill

This research has the long-term goal of helping to solve two serious issues in India – food waste and nutrition. The project exemplifies the Centre's and Sheffield Hallam University's ability to tackle significant and sizable challenges in order to make a real-world difference.
Martin Howarth, director of the National Centre of Excellence for Food Engineering