"Finding my own employer took lots of time and perseverance" 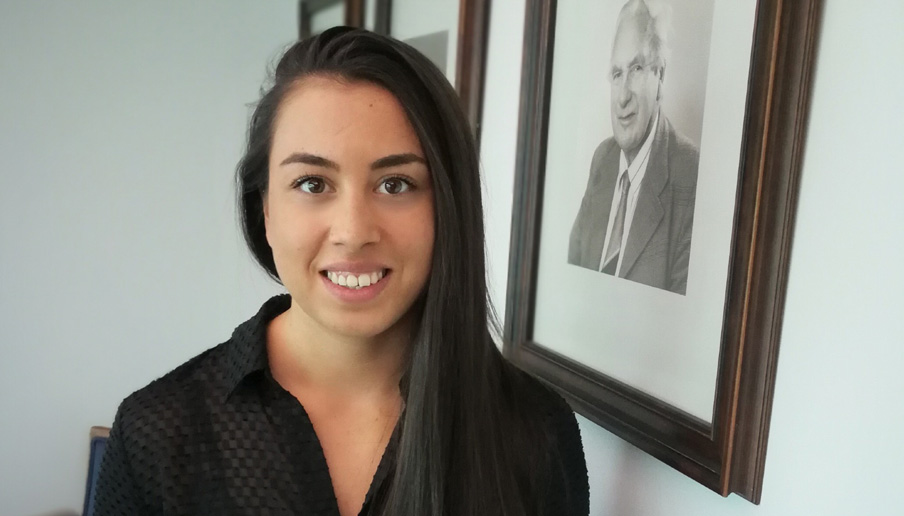 Robyn decided to do an apprenticeship, but as there weren't any apprenticeship vacancies at the time, Robyn proactively approached a range of employers to persuade them to take on an apprentice. She now works for William Birch & Sons while studying the BSc Quantity Surveyor degree apprenticeship.

"I ended up sending the email to over 40 companies."

"After going to University when I was 18, I found the pressure difficult and the process stressful – and had to leave due to medical reasons in my first year. I then begin full time work until I decided to go down the apprenticeship route – it was definitely the best option for me.

Finding my own employer wasn't an easy task, and took lots of time and perseverance. My approach began with writing a template letter over email, including some information about myself, apprenticeships with Sheffield Hallam, and how it would benefit the potential employer.

Next, I took some time to research all the local construction firms in the area and send the email, which included my CV and covering letter. I ended up sending the email to over 40 companies, many of which didn't reply which can feel disappointing, but to be expected when you aren't applying for a specific role. Another approach I took was to target companies which had a similar non-apprenticeship vacancy online, in the hope they would be more willing to take on an apprentice."

"I had replies from roughly 10 companies, the majority of them kindly rejecting the idea, but finally managed to arrange an interview with two local employers. After two interviews my favoured company offered me the role – it felt rewarding to have been able to find an employer that wanted to invest in me without an initial opening being advertised.

Being 22, it means I still get to live and work independently as I’m still earning, whilst finally finishing off my degree which opens up a great deal of opportunities in my chosen industry."