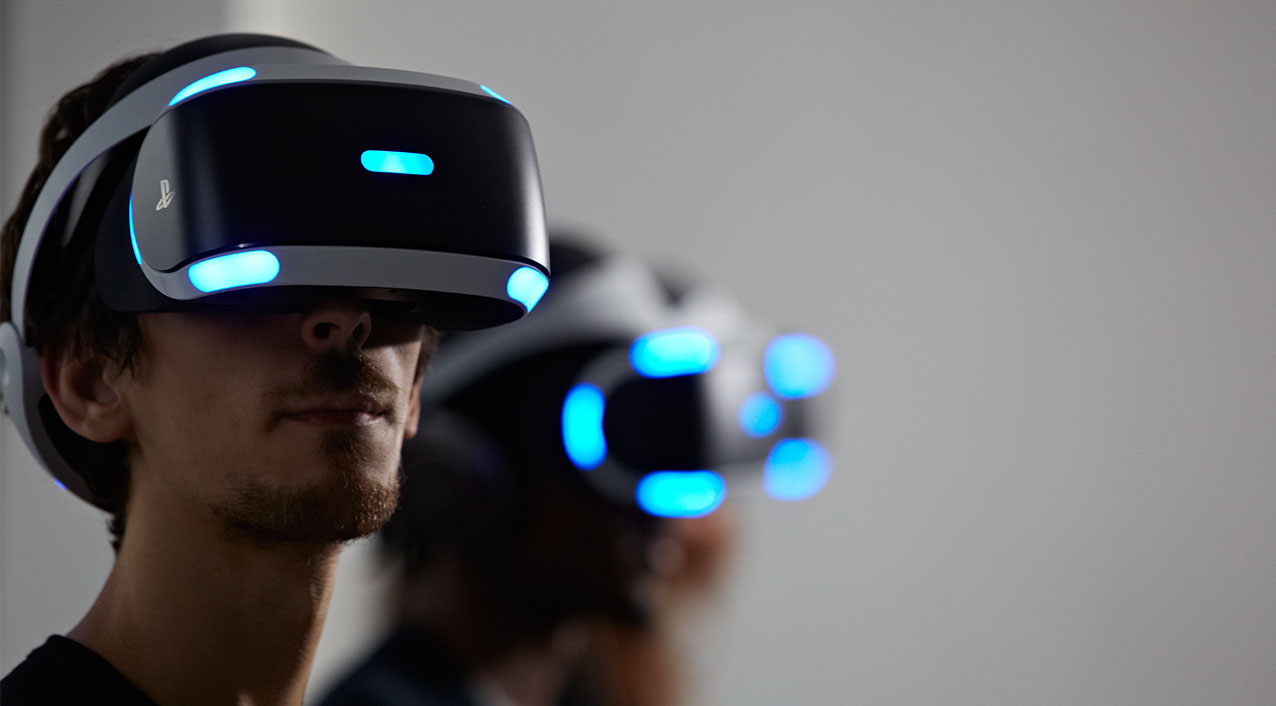 Muneer makes games for the PlayStation

Our games students work with Sony to design and build games for the PlayStation. Computer Science for Games student Muneer Fergiani explains how it works.

'I was the first student in the country to use this VR headset. People working in industry now haven't had that chance to work with this equipment, so we're really privileged to have it here.

'I'm working on a VR version of our game PieceFall, which was released on the PlayStation store. This summer I went down to Sony's studio and played some unreleased and unannounced games so I could see examples of what good VR games could be.

'We get a lot of technical support from Sony, and their consultant David Valjalo comes in three times a year to give feedback on our work, which is really helpful.'

The best way to learn how to make games is to actually make them, so I'm learning a lot. In this industry what employers are really looking for is if you've had your game released. To have it released on the PlayStation store is a big boon to your CV.'