‘I went from screen actress to entrepreneurial wordsmith’ 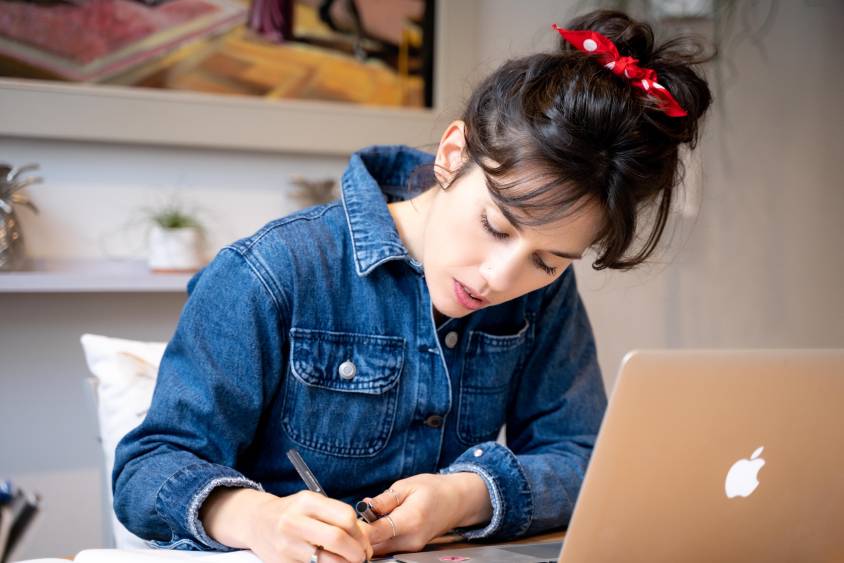 When distinguished actress Letty Butler edited an annual collection of creative writing as part of her masters, she opened the door to an entrepreneurial career in copywriting, coaching and literature.

You might recognise Letty from the TV. Her screenwork includes BBC's Jane Eyre, Parade's End & Wolfblood, and feature films Life on the Road & Their Finest Hour. She’s also an award-nominated playwright and comic, but her talents don’t stop there.

With a natural flair for rhythm and character, Letty graduated with a first-honours masters in creative writing at Sheffield Hallam. But it was her editorial role in our annual collection of prose and poems where she gained the necessary skills and connections to kickstart a new vocation in words.

“As an actress, I went into the course for scriptwriting but fell in love with everything else. It was a total U-turn,” explained Letty.

“As part of the course, I was nominated to edit Matter. It’s Sheffield Hallam’s annual creative writing publication, showcasing budding writers across a range of genres—from poetry to long-form prose and flash fiction.

“This was my first foray into putting together a book and closely editing work that wasn’t my own. It was an amazing experience because it sharpened my critical reading skills and gave me insight into the publication world. It showed me just how much goes into making a book.

“Aside from featuring student work, we had some incredible guest authors, such as Jacob Polley, winner of the T.S. Elliot Prize for poetry, and Julianne Pachico, nominated for Sunday Times Young Writer of the Year—and also a teacher on my course at the time!

“We took the project a step further than previous years by commissioning professional photography as part of the design and we even set up a successful launch campaign at the local Waterstones. Some of us from the editorial team bonded so much that we’re still part of a monthly writing guild.

“Later, working as Creative Director at Kurious Arts, I launched a short story competition that had over 500 entries internationally and created a Kurious Anthology with the longlist and winners. I enlisted the same Sheffield Hallam editorial team to run and judge the competition and it was really successful. I never could have done that without the experience of Matter.

“I now run something called Virtual Writers Caff, a weekly drop-in group where people can feedback on each others’ work. I also offer copywriting, editorial and coaching services.

“I’m also working on the 5th draft of my debut book, Escape Artists, a novel I began as part of my dissertation with Sheffield Hallam. You could say I’m a creative jack of all trades, but in this game, you have to have a few plates spinning at the same time. I wouldn’t have it any other way!”

To find out more about Letty and the copywriting services she offers, take a look at her website at lettybutler.com.

Find out more at our open days

Why become a postgraduate student?