As Professor of Film, I have written and directed several award-winning films and have a strong a track record in research. I also teach on the MA Filmmaking course. My teaching is very much influenced and enriched by my research projects and I have a history of engaging MA students in my research. My films have been screened at international film festivals including Berlin, Cannes, The Hamptons, New York, Vancouver, St Petersburg and won awards such as ‘Relativity’ - “Best Short Film” at the Berlin International Film Festival 2002, and a BAFTA nomination for ‘From Scotland With Love’ 2014. 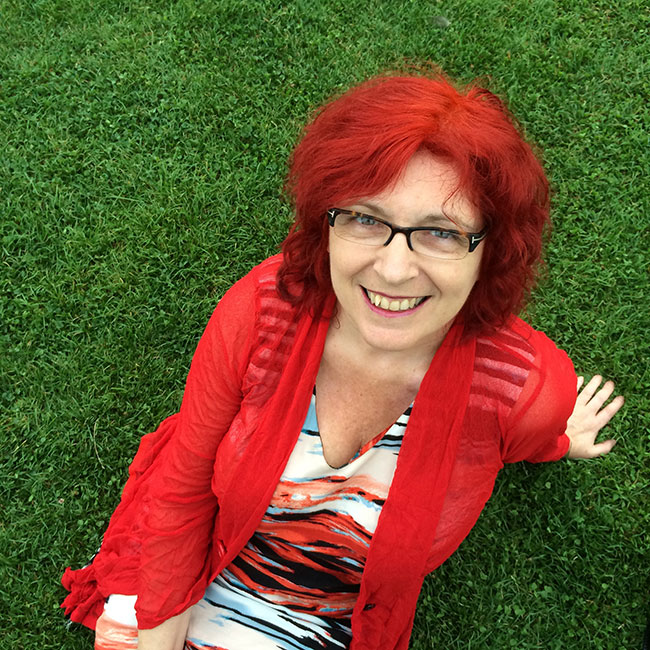 My research practice is focused on writing and directing a body of distinctive and internationally recognised films which investigate questions of female sexuality, gender, identity, empowerment of marginalised voices and experimentation with narrative form.

I write and direct both documentary and drama films including the acclaimed, BAFTA nominated, From Scotland With Love and Berlinale award winning Relativity. I am currently in development on a hybrid feature documentary, ‘Mae West: Boxer in a Corset’ with support from Screen Scotland, Getty Images, Autlook FilmSales, City University New York (CUNY) and the Art Design and Media Research Centre (SHU).

My latest music documentary ‘Cigar Box Blues – The Makers of a Revolution’ screened on BBC1 and on BBC4 (December 2020) and was described in the Radio Times as ‘an oddball gem’. My short film ‘Three Chords and the Truth’, nominated for ‘Best Short Documentary’ at the Woodstock Film Festival, Upstate New York; Muenster Film Festival, Germany; Nashville Film Festival; won an ‘Honourable Mention’ at the Albuquerque Film and Music Festival, New Mexico.

My award-winning drama film Lift Share was funded by Screen Scotland and the British Film Institute, starring Ana Ularu (Siberia, Emerald City) and Mark Rowley (Last Kingdom, Macbeth). It premiered at the Edinburgh International Film Festival 2018; won ‘Best Drama Short’ Award at the CPH Copenhagen Film Festival (2019) and ‘Best Sound Design’ Award at the Underwire Film Festival, London, dedicated to celebrating the cinematic talents of women (Nov 2018). It also screened at international festivals in Rome, New York, Bucharest and Armenia. I recently directed We Are All Migrants (20’), an immersive archive and music documentary, which is a poetic reflection on the 20th century migrant experience supported by Humanities in the European Research Area (HERA).

In 2014, I directed the BAFTA nominated feature length archive and music documentary From Scotland With Love (75’) which screened with live performances of the score at the Edinburgh International Festival, Barbican, Celtic Connections as well as film festivals around the world – ‘Brilliantly evokes the flavour of 20th century Scotland’ - The Herald; ‘Hypnotic’ - The Independent; ‘Some kind of genius’ - The Guardian. A highly successful reprise tour of the film and live music performance in March 2020 played to sold out venues including the Barbican, Usher Hall, Edinburgh and Royal Concert Hall, Glasgow.

My short film Relativity (10’) won ‘Best Short Film’ at the Berlin International Film Festival (2002) and was nominated for the European Film Academy Awards. I won a National Film Board of Canada / Sheffield Doc/Fest Cross Media Challenge Award (2009) for the My Dangerous Loverboy film and innovative Cross Platform Project about the sex trafficking of teenagers. My drama films Deep Freeze (15’) and Point Annihilation (30’) screened on Channel 4 and at international festivals such as The Hamptons, New York, St Tropez ‘Cinema Des Antipodes’ and Cannes Cinefondation. I wrote and directed several arts documentaries for Channel 4’s international arts strand including Songs from the Golden City, a 52’ Documentary on South African Jazz.

Department of Media Arts and Communication

I teach into the MA Film Making Course including a particular focus on directors working with actors.

I am currently in development on a hybrid feature documentary, ‘Mae West: Boxer in a Corset’ with support from Screen Scotland, Getty Images, Autlook FilmSales, City University New York and the Art Design and Media Research Centre (SHU). The film explores Hollywood comedy star Mae West's personal empathy with Queer and African American Cultures in 1920s America, and celebrates why her little known, controversial and ground-breaking work as a playwright, inspires artists and audiences today.

I am on the Editorial Board of Film Education Journal; External Examiner on the Documentary Directing and Animation courses at Edinburgh University (ECA); an active member of advocacy organisations, Film Producers Scotland and Women in Film and Television.

I am currently one of the supervisors of a PhD: "Collaborative reflexive documentary – filmmaking to explore representations of mental health in documentaries."

Virginia Heath is a multi award winning writer and director with UK and New Zealand nationality. She recently directed the BAFTA Scotland nominated feature length archive and music documentary From Scotland With Love (75’). The film is being theatrically distributed by Park Circus Sales & Distribution Company and was originally screened with a live musical performance of the sound track at the Glasgow Commonwealth Games Festival 2014 and the Barbican, London. It has screened at the Dublin International Film Festival, Buenos Aires IFF, New Zealand IFF, Edinburgh International Festival and Vancouver IFF amongst others. The film has been met with an overwhelmingly positive response from the UK press and public alike – ‘Brilliantly evokes the flavour of 20th century Scotland’ - The Herald; ‘Hypnotic’ - The Independent; ‘Some kind of genius’ - The Guardian; ‘Spellbinding’, The Radio Times.