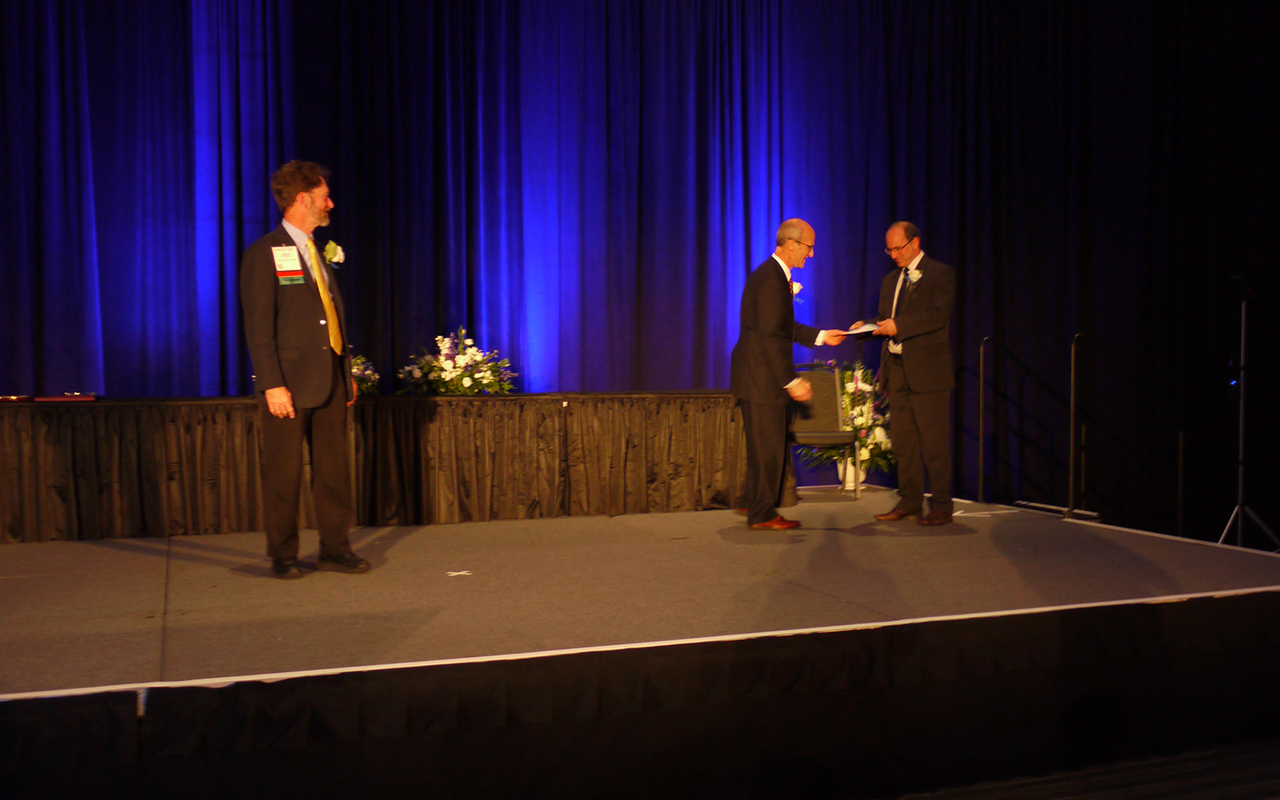 Professor Arutiun Ehiasarian, head of the National HIPIMS Technology Centre, has recently been elected a Fellow of the American Vacuum Society (AVS). His citation, which can be seen below, "For seminal contributions to the understanding of HIPIMS discharges and the development and implementation of a family of advanced protective coatings based on this technology." 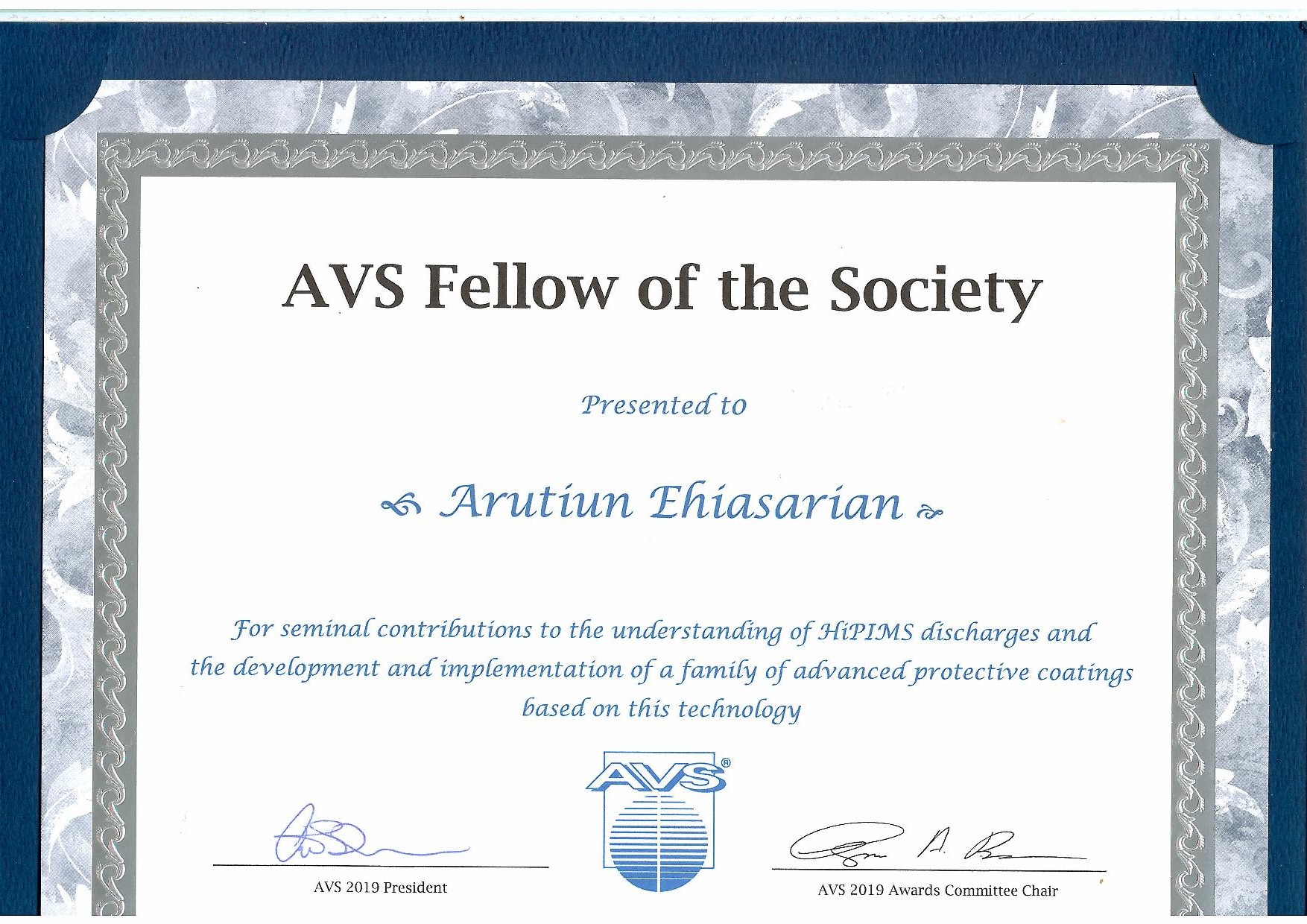 Prof. Ehiasarian received the award at the American Vacuum Society's Symposium which was held in the Greater Columbus Convention Center in Columbus, Ohio, USA on the 23rd of October 2019.

This award commemorates members who have sustained an outstanding scientific contribution in areas of interest to the AVS for a minimum of 10 years. These contributions can be in research, engineering, technical advancement, academic education or managerial leadership. Due to the prestigious nature of this award, each class of Fellows cannot exceed .5 percent of its members.

The Fellows of the Society program, which began in 1993, requires each Fellow to be a member of the AVS for five consecutive years prior to receiving this award.

Prof. Ehiasarian has been deeply involved with the International Conference on Metallurgical Coatings and Thin Films which is organised by the AVS. He has served as chair of the symposium on "New Horizons in Coatings and Thin Films" and has founded and chaired sessions on "High Power Impulse Magnetron Sputtering" and "Plasma Diagnostics and Growth Processes."

The AVS is an interdisciplinary and professional society and was founded in 1953. It comprises approximately 4,500 members worldwide with professionals in academia, government, consulting and industry.