Innovation and sustainable development in the Fibre based packaging value chain

The purpose of the SUSTAINPACK project was to mobilise European scientific expertise in the packaging value chain and establish the European forest industry cluster as the dominant player in the packaging area. The Sustainpack project made real breakthroughs in the science and technology of fibre based packaging.

The overall objective of the RTD activities was to develop and implement a Sustainable Packaging Tool Platform based on renewable resources, giving innovative properties to packaging, thereby offering new value added packaging options for packaging users and for consumers.

Thirteen European countries were represented including former Eastern Europe and the Baltic States. 18% of the partners were from industry, 51% were research institutes and 31% were from higher education. The partners offered a large research potential in terms of human resources as well as in laboratory and pilot equipment. The partners ranged from small specialised organisations to large research institutes and universities with a wide spectrum of research. The knowledge amongst the partners was equitably shared over the total value chain.

A nanofacility for the production of organomodified clays was established at Hallam and novel mixed modifier clays were prepared and distributed to relevant project partners for use in flexible, self-supporting packaging film. 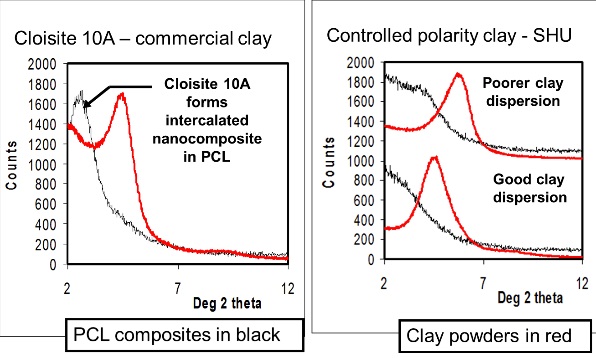 Figure 1. Comparing the extent of dispersion of a commercial clay, Cloisite C10A (Left), and the mixed modifier clays prepared at SHU (right) in polycaprolactone using x-ray diffraction analysis. The presence of a peak in the x-ray trace of the sample on the left confirms that an intercalated nanocomposite had been formed. The absence of a peak in the black traces on the right suggests that the mixed modifier clays dispersed much better in polycaprolactone. This interpretation was confirmed using transmission electron microscopy Figure 2. 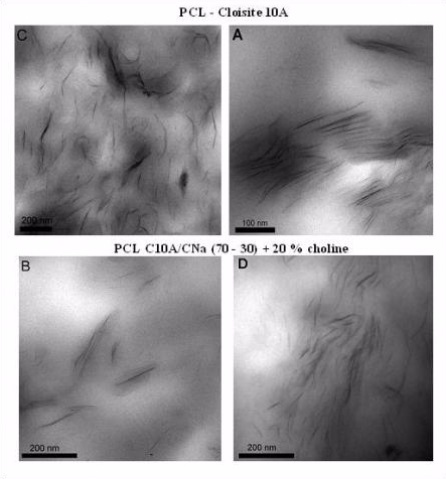 Figure 2. Transmission electron micrographs illustrating that the commercial clay (A + B) is less well dispersed than the mixed modifier clays prepared at SHU (C + D)

In addition a new water-based, biopolymer barrier coating for paperboard was produced and trialled. Chris Breen and the team at SHU worked with scientists at Karlstad University and championed the incorporation of clay into these coatings at an early stage. 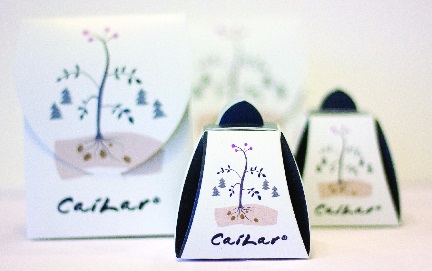 This novel, clay containing coating has since been patented and is being promoted as the Cailar Coating from the Swedish Spin Out company Barrcoat AB. 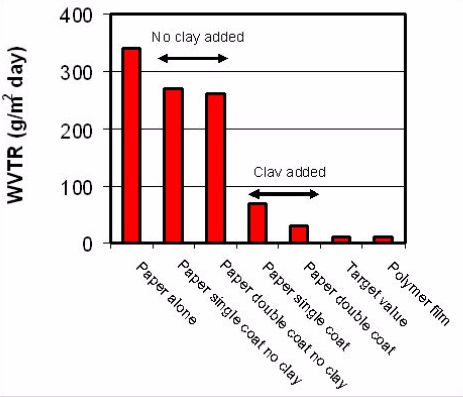 Figure 4. The reduction in water vapour transmission rate when clay is added to a starch:plasticizer coating formulation. The value of ca. 50 g per metre squared per day is directly competitive with commercial, petroleum derived barrier coatings.