'I found a new passion for developing young athletes like myself.'

'I found a new passion for developing young athletes like myself.' 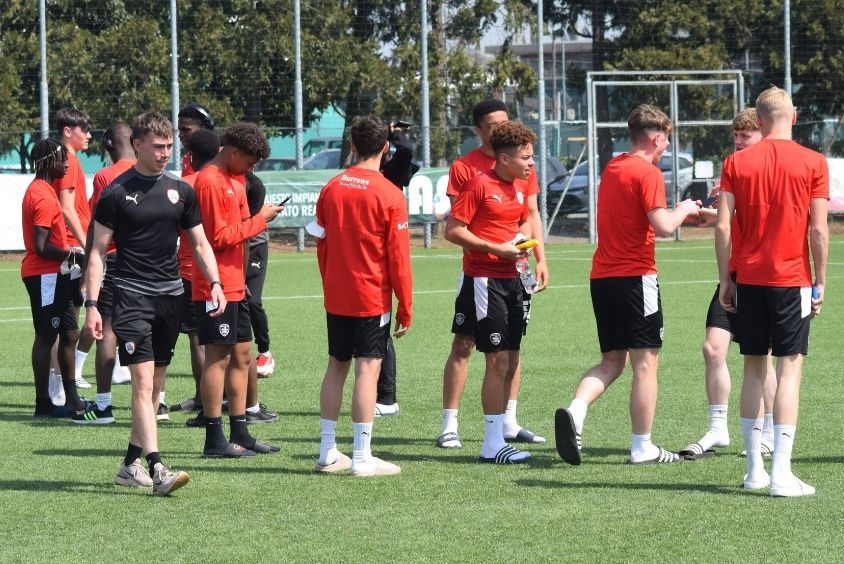 BSc Sport and Exercise Science graduate Will now works as a Sport and Excercise Scientist at Barnsley FC after starting as an intern. In his current role, Will has been able to utilise his skills and expertise to support the development of future sports stars at the start of their careers.

‘I always had a desire to be in elite sport; I had hoped the course would improve my understanding of how I could become an elite athlete - in the end, I found a new passion for developing other athletes too.'

‘During some difficult times due to Covid-19, staff were on hand to support with assignments and were able to deliver engaging lectures online. We had guest lecture opportunities via Zoom during lockdown and were offered multiple Level 2 courses as gym instructors and roles with British Weightlifting, in addition to some of the University’s associated placements at incredibly high levels, including British Diving and GB Boxing.

‘During my internship at Barnsley Football Club I would deliver 30-minute sessions to under-15 /16 squads 1-2 nights a week. After specific warm-ups relevant to the session, I would employ drills and exercises to improve mechanics on acceleration, change of direction, or max velocity. I would also lead match day warm-ups for under-16 home games.

‘My current role entails managing the on-field conditioning, gym work, nutrition and Global Positioning System (GPS) data of the under-18 and under-23 academy squads. A massive part of this role involves data management, and so the data skills I acquired during the course have proved invaluable.

‘I’ll communicate with kitchen staff about appropriate meals to effectively complement players' training; in addition to programming specific sessions, warm-ups and drills for individuals based on their weaknesses, and aid physios in player return to training protocols.

‘An incredibly enjoyable and rewarding aspect of my role is seeing how I can influence young players both physically and mentally to improve their ability acutely and chronically - I’d like to think the players I’ve worked with are better off because of it, which is something very valuable to me.

‘One of the greatest assets the course gave me was being able to seek out and comprehend new research that has made the greatest difference in my role at Barnsley FC. Because of it, I’m able to utilise new training methods to help players train and perform to the highest standard.

‘I don’t just want to be a sport scientist. I’d like to meaningfully contribute to sporting history.'

‘While my current role is incredibly rewarding, aiding young players transition to senior football, I have ambitions to be a sport scientist or strength and conditioning coach at the highest level of international sport - I was always obsessed with the ‘Living with the Lions’ documentaries.

‘I think the city itself has to be my favourite part. Sheffield is a fantastic hub for elite sport that the University utilises so well.’