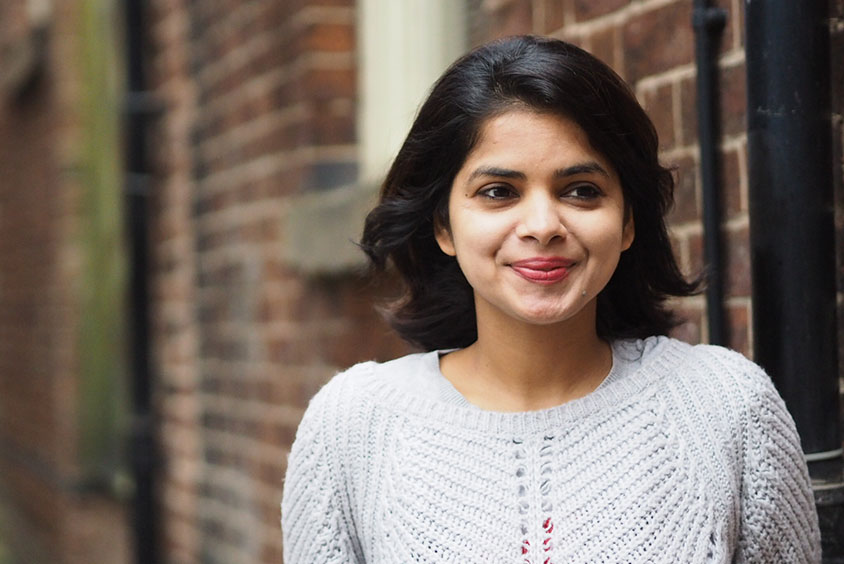 Taruka Srivastav graduated with a sports journalism master's degree in 2016. As a full-time student, she received a bursary which allowed her to undertake an exciting and highly sought-after internship position with Manchester United Football Club.

'The bursary helped me immensely! Without the funding I wouldn't have been able to afford the regular commute to Manchester. I didn't want to miss any classes and the money meant that I was able to be very flexible and fulfil whatever the club needed me to do. If they called at short notice, I was able to hop on a train to Manchester.'

Throughout the year, Taruka successfully juggled studying for her degree and working at the club.

'As part of my course I wrote match reports for local sports clubs, and I wanted to broaden my experience so I applied for the internship with Manchester United.

'My placement was a dream-come-true for anyone who loves sport. The highlight for me was the opportunity to interview England captain Wayne Rooney.

'I worked with Manchester United's digital team and MUTV. I assisted in the production of the Wembley 1990 show, and I attended Louis Van Gaal's final press conference for the club before the 2016 FA Cup Final.

'Without the internship I wouldn't be working in my current role with Manchester United Supporters' Trust, which is the largest sporting fans' organisation in the world. It's provided me with many career avenues to explore and I hope that one day I'll be the media director of a sports club.'

Donations to the Hallam Fund help to ensure that all students have an equal chance of accessing career-enhancing opportunities. With your help, we can continue to commit to ensuring there is a level playing field for all Hallam students to go on and achieve great things.