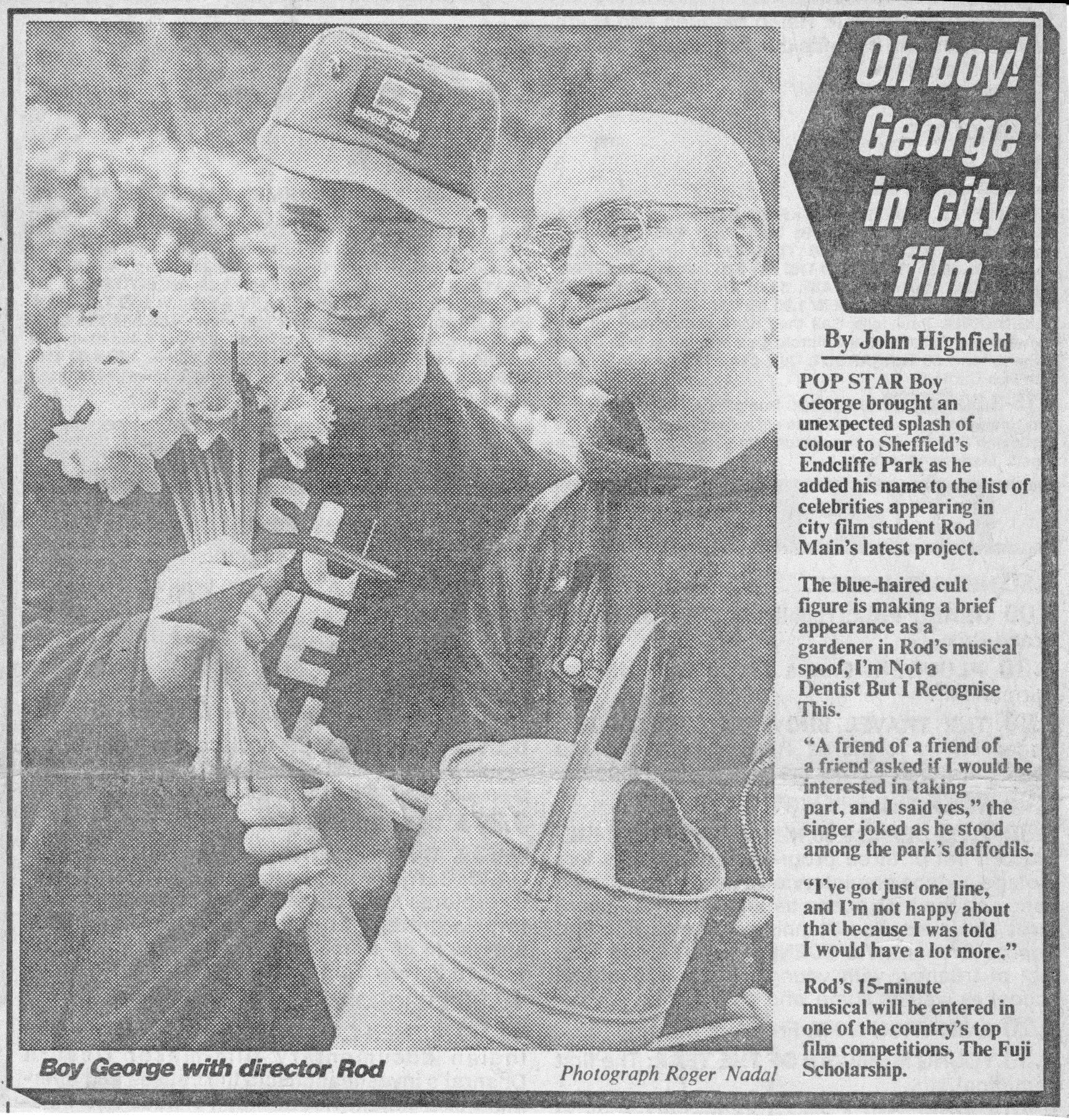 Psalter Lane was an unusual place. The courses then didn't have a strict curriculum as such, so we were very much encouraged to create and explore whatever weird and wonderful ideas we came up with.

I spent a lot of time making music in the recording studio in Psalter Lane and this somehow led me to the idea of making an all-singing and dancing musical film for my final year piece. The result was called I Am Not A Dentist, But I Recognise This.

I started to write to all the celebrities I could think of to ask if they'd like to star in my film, and of course, I got a lot of rejection letters back! I did hear back from some though. I got a telephone call from Norman Wisdom who said that he would love to be in my film. Claire Grogan from Altered Images got back to me, so did Leslie Crowther. A friend of mine was doing a work placement with someone who knew someone who knew Boy George, so he came up to play the role of the gardener - his scene was filmed in Endcliffe Park and I remember he was given a talking to by one of the park rangers for picking daffodils.

We had real trouble trying to find a supermarket for one of our locations. All the supermarkets in Sheffield were chains and gave the excuse of 'company policy' for reasons why we couldn't film inside. We eventually found an independent supermarket in Hull called The Grandways Superstore who agreed to let us film. I remember we gave Leslie Crowther the address and he pulled up outside the supermarket in a gold Rolls Royce.

Norman Wisdom told us that we had to come to him in the Isle of Man to shoot his scene, so we all packed up and headed over. Norman decided that his scene would be much funnier if the door he was delivering a letter to fell off its hinges. I remember thinking: 'Who am I to argue with one of the greatest British comedy actors of all time, I'm just a student!'

It was a really fun project to work on, everyone from Psalter Lane pitched in in whatever way they could. The papers came to interview me and the more the story got about the easier it was to persuade people to let us borrow this or that, or film where we wanted. The film was sponsored by Fuji Film as part of their scholarship competition scheme and it won the Judges Commendation Award when it was screened at BAFTA in London.