Director of the Health Research Institute, Researcher and lecturer

Every day in the UK over 150 women will be given the devastating news that they have breast cancer. This is the start of a long journey of treatments that usually involves surgery to remove the tumour – most likely followed by radiotherapy to the breast or chest wall

What many people might not realise though is that radiographers often use small permanent black ink tattoos in order to position a patient underneath the radiotherapy machine. These small tattoos are placed on the patient’s breast bone, and at points across the thorax. While these tattoos are small (about one to two millimetres in diameter), they are permanent. The patient will have these tattoos for the rest of their lives, long after any surgical scars have faded.

But new technology, called surface guided radiotherapy (SGRT), uses three dimensional imaging to help radiographers position patients, avoiding the need for tattoos. A 3D image is first taken as part of the planning for treatment. This image is then used prior to each radiotherapy session to ensure the patient is in the correct position. This also means that patients can be positioned underneath the radiotherapy machine without using tattoos. As with many new technologies though, it can be costly.

In the 1980s it was common for patients having radiotherapy for breast cancer to be marked with semi-permanent ink. But these could rub off onto the patient’s clothes or when showering. If semi-permanent marks fade or need reapplying, there’s a potential for the marks to be redrawn differently, which could affect the accuracy of radiotherapy. Concerns over these semi-permanent marks disappearing before the patient had completed the full course of radiotherapy led to the gradual use of permanent tattoos as standard. For most patients with breast cancer, around three permanent tattoos are currently used for treatment on average.

However, a study of over 300 women randomised to have either permanent tattoos or semi-permanent marks, no differences in accuracy was found between the skin marking methods. In 2018, when I was diagnosed with breast cancer and needed to undergo radiotherapy myself, I was keen to avoid having permanent tattoos. I opted to have a semi-permanent ink mark on my breast bone that was covered with a water-proof dressing. Semi-permanent marks have the advantage of disappearing once treatment is finished – but again, their disadvantage is that they could wash off, which means patients need to be careful when showering during the three to four weeks of treatment. Many patients are also rarely given an option to have semi-permanent marks. The default is to tattoo patients.

Other skin marking methods have been tried, including the use of ultraviolet tattoos that would only be visible in black light. These aren’t without their disadvantages, as a recent trial found. Researchers discovered UV tattoos were difficult to see on the two patients with sub-Saharan skin tones. UV Tattoos might also be visible under black lighting conditions in bars or restaurants, making it an undesirable option for many.

Of most concern, though, is the distress that tattoos can have on some women during what can be an already distressing treatment journey. In an online survey of breast cancer patients, 78% said they would choose a treatment where they didn’t have to have skin marks or tattoos, even if that meant they had to travel farther to have radiotherapy.

As part of our ongoing research, we asked women who had been through radiotherapy about their thoughts on permanent tattoos. Women reported a range of different experiences, emotions and knowledge about the use of tattoos. A few women didn’t mind having the tattoos. But others often experienced lack of choice, disempowerment, and the realisation of the enormity of the cancer, given it required a permanent mark.

For me, having to have a permanent tattoo visible in the middle of my chest was not about having a permanent reminder of the cancer. It was more about being able to go back to wearing the clothes I have always worn, about going back to the gym, about sun bathing on holiday, about trips to the spa without having to worry about a radiotherapy tattoo being visible to others for questions. Sometimes, you don’t want to have to explain to inquisitive people why you have a black dot on your chest, you just want to get on with living.

Surface guided radiotherapy is a non-invasive technology that allows accurate positioning of patients for breast cancer radiotherapy that leaves no permanent marker of cancer treatment. This will give many patients the opportunity to get on with living once treatment has finished. 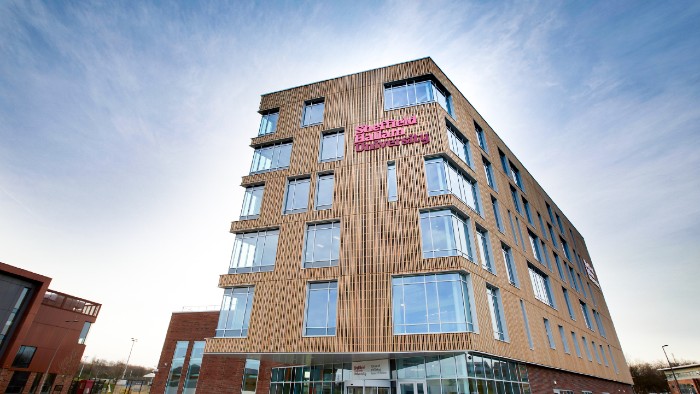 A tech start-up specialising in online mental health therapy, an activity app which provides buddy support for novice exercisers and a Yorkshire-based SME creating power-assisted equipment to help older adults feel comfortable exercising, are amongst the first cohort of businesses to have been accepted on to Sheffield Hallam University’s £900,000 Wellbeing Accelerator programme 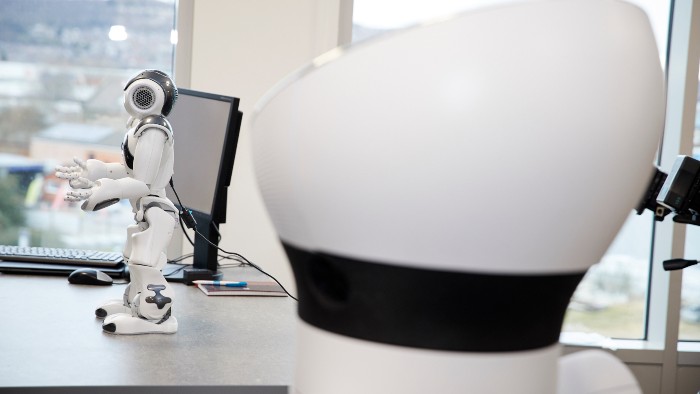