One of the big winners in UK chancellor Rishi Sunak’s summer statement is the housing market, where stamp duty has been scrapped for all house purchases under £500,000 until March 2021

This will cost the Treasury £3.8 billion, about 0.4% of the total tax take, and comes in response to four months of falls in house prices – their worst performance in almost a decade.

On the other hand, the UK government has resisted calls to further support other industries badly affected by the pandemic, including transport and retail. And though Sunak presented the cut in stamp duty as beneficial to first-time buyers, the move will keep prices high. This will make it harder for them to get on the housing ladder.

At a time when the most disadvantaged people in society have been hit hardest by the coronavirus and its economic fallout, why is the government investing billions of taxpayers’ money to prevent house prices from falling?

Even adjusting for inflation, UK house prices had a spectacular rise for several decades until the global financial crisis of 2007-09. That forced them back down, though they staged a fair recovery in the 2010s.

The long upsurge was less fuelled by the general state of the economy than positive expectations – sometimes known as the “greater fool” mechanism. Buyers knew that a property was expensive, perhaps ridiculously expensive in some areas, but they counted being able to sell it later to a “greater fool” at an even higher price.

This mechanism explains one of the first recorded crises in capitalism, the 17th century tulip mania in Holland. Investors were purchasing tulip futures contracts in the hope that tulip prices would rise. This built to a crescendo in which rare bulbs would change hands for amounts which, according to historian Mike Dash, could “purchase one of the grandest homes on the most fashionable canal in Amsterdam for cash, complete with a coach house and an 80 foot garden”.

Tulip mania went on to demonstrate that an upward trend can reverse violently. When investors become skittish, they try to sell before prices fall further, and may all sell at the same time. This mechanism threatens many property hotspots in the UK and in particular London, the number-one global destination for real estate investment.

Real estate and the real economy

This risk of a price spiral is only part of the problem. Most properties in the UK belong to households, not investors, but property is also a huge part of the economy. Commercial real estate alone employs 1 million people directly while contributing over £100 billion to the economy every year - about 7% of UK GDP. Meanwhile, the total value of the UK housing stock is about £7.4 trillion – roughly four times that of all companies in the FTSE 100 index

As activity reduces, many jobs will be at stake, from estate agents to surveyors to builders, not to mention all those involved in selling the raw materials for construction. Then there are all the pension funds and investment bonds that rely on UK property to generate income for their beneficiaries.

On top of that, we have what is known as the wealth effect: economists have long associated consumers’ perceived property wealth with their spending behaviour. If you believe your house is worth a lot, you feel financially secure, and allow yourself to save less and spend more.

For instance, just consider the rising number of people who plan to subsidise their retirement with wealth generated by their homes. If their assumed valuations start to look shaky, they will spend less so that they can build up their savings. We are talking about a huge number of consumers: about 65% of households in England are owner-occupiers. And while the wealth effect is important in most developed economies, this is particularly true of the UK, which relies on ever-rising levels of consumer spending for its growth.

The climate of economic uncertainty, reduced consumption and falling property prices brings an additional problem. For nearly 30 years, Britain has had a trade deficit, meaning it imports more than it exports. Yet the hundreds of billions of inward foreign investment channelled to UK property over the same period has meant that this deficit remains manageable – just about. International investors consistently account for about half of all UK commercial property transactions, plus a substantial proportion of houses.

So if they stop investing and start selling, not only will it put pressure on property prices and affect UK GDP and tax revenues, it will worsen the current account deficit of the country. The credit rating of the UK would come under more pressure, and trillions of UK government debt could potentially become more expensive to refinance. The UK government deficit would then deteriorate further, taxes might have to rise and the domino effect could spread to all sectors of the economy.

As you can see, property prices are critical to UK prosperity. In particular, prices in London are facing a perfect storm of a Brexit hit, a pandemic-induced recession and reduced need for office space due to rising remote-working. It’s not unthinkable that the negative expectations from all this could trigger a rapid devaluation of London property, particularly hitting banks and pension funds.

Britain should arguably wean itself off its property addiction, but for now the chancellor has tried to sustain confidence in an asset class that accounts for most of the country’s wealth. Whether his intervention will be enough remains to be seen. 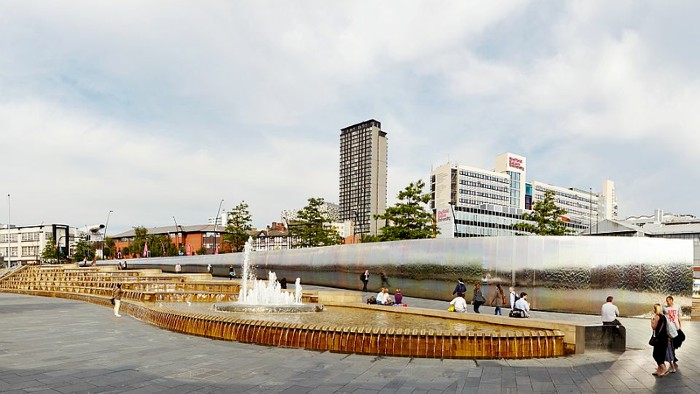 Sheffield Hallam University and the Northern Powerhouse Partnership (NPP) have announced a unique initiative that could see hundreds of graduates act as mentors to pupils in South Yorkshire, supporting the £1bn ‘Covid catchup plan’ unveiled by Government today.

As the Chancellor sets out a £2 billion support package to prevent a youth unemployment crisis in the wake of Covid-19, a new report by Sheffield Hallam University recommends double that amount could be needed.