Mortality rates are higher for breast cancer patients over 70. We developed a unique tool to help them get the best possible treatment.

What we know is that some women don’t have surgery, despite there being no real clinical reason for this. Sometimes, patients themselves choose to opt out as it can take so long to recover. In other cases, clinicians may presume older people won’t cope with an operation and would be better served by PET.

It also links to a 1980s study recommending endocrine therapy for older women, which was taken at face value for decades. However, the data wasn't as clear cut as originally thought — meaning some patients may have been better off with surgery.

PET can be right for women who are very frail or coming to the end of their lives, but there’s little evidence-based information to guide clinicians where decisions are less black and white. There’s hardly any research in this area as people over 70 haven’t been included in previous trials.

That’s why we started the groundbreaking Age Gap study. We wanted to empower clinicians and patients to make the best possible treatment decisions based on relevant data.

The first step was identifying which patient and cancer characteristics predict whether PET is safe and effective in breast cancer treatment. We then needed to find out what’s important to older patients, and how they want the information to be presented.

To do this, we collected data from 3440 women treated for operable breast cancer over three years. This included information about their tumour characteristics, the treatment they received, their quality of life, functional ability and how they came to a decision on their treatment. We also interviewed 46 patients about the kind of resources they would have found useful during the decision making process.

This was the biggest study of its type — and unique in its focus on women over 70. The insight gained helped us develop the Age Gap Decision Tool© — an online aid that gives clinicians and patients evidence-based guidance about treatment decisions.

It works by looking at a patient’s age, existing medical conditions, frailty and tumour characteristics, then calculating likely survival outcomes dependent on the two treatment options. It also produces a personalised leaflet to outline this for the patient.

What makes our tool different is that it’s based solely on data from women over 70. This is unlike existing breast cancer decision tools such as Predict and Adjuvant Online, which work less well in older patients and don’t adjust outcomes according to the patient’s fitness or frailty. Neither do they address the choice between surgery and endocrine therapy or PET alone.

We launched the Age Gap Decision Tool© in November 2019. It’s since been used over 10,000 times in more than 60 different countries.

The feedback from clinicians has been largely positive. They liked using the tool and found that having evidence-based information to hand gave them more confidence when discussing treatment options with patients.

Interestingly, some said it made them rethink their approach to treating older women. For example, the survival figures calculated by the tool were sometimes unexpected, showing only a small difference between the two treatments. This led to further discussions, with more emphasis on patient preference.

Clinicians also noticed that the tool changed the dynamic of their consultations. Not only were they having better conversations, it was helping patients to engage more in discussions and feel happier with their treatment decision.

The tool promotes patient choice by providing women with tailored, user-friendly information about the different ways surgery and endocrine therapy will affect their lives.

When surveyed, patients said they felt more involved in the decision-making process and had a better understanding of the options and possible outcomes.

By using the tool, patients were also prompted to ask further questions in future consultations. This helped them cope with the treatment journey, as they understood the process and what to expect.

We’re now exploring rolling out the model to look at the impact of dementia and quality of life. This means we can continue bridging the age gap in breast cancer — and help more women get the treatment that’s right for them.

Dr Maria Burton has now retired from the University. If you have any questions about this project, please contact Professor Julie Nightingale. 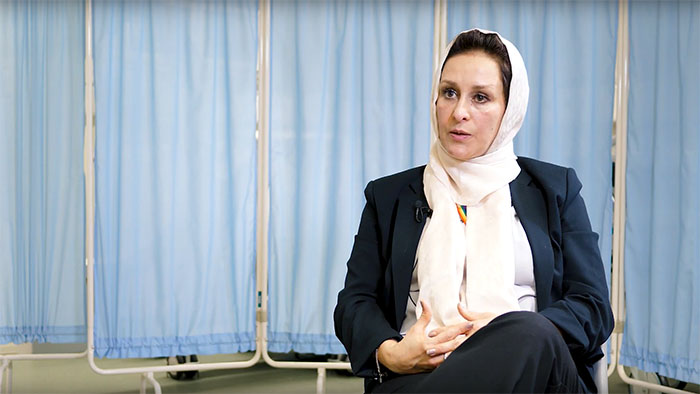 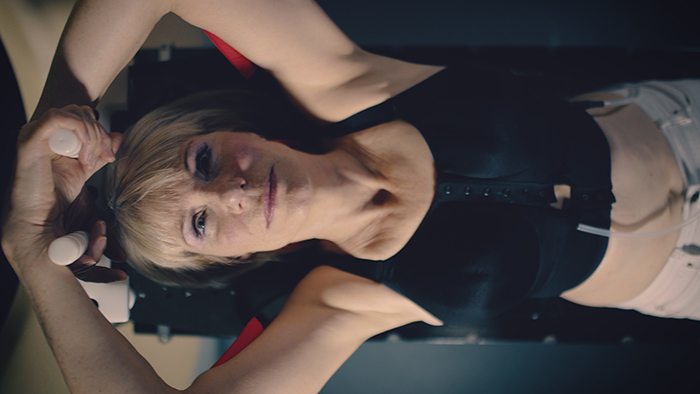 How a bra can improve radiotherapy for breast cancer 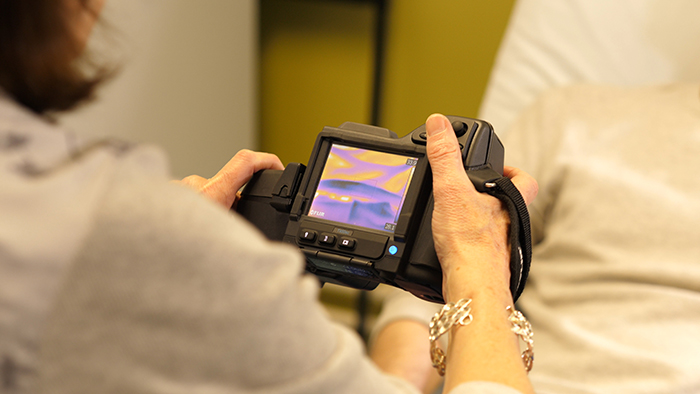