Public Artwork has enabled Chris to be more blatant with representations of his visual exploration through silverware, exploring the seductive power of danger, the lure of the forbidden and the contradiction that can be formed by an outwardly aggressive object. Is it attacking or protecting? Is it giving or taking? Is it Passive or submissive? Unfettered from the restrictions of the scale, material and functionality, Knight has been able to create far more blatant and visually dynamic forms whilst adding the context of the location into the discussion. Behind and in front of most public art exists a tension between the informed and considered understanding of the commissioning bodies and that of the perceived audience. There is the dilemma between the development or regeneration of an area, its historical significance and, often, the cause and realization of its demise.

Project funding has been drawn from City and Town Councils, Arts Council, The Office of the Deputy Prime Minister, ERDF Objective 1 Single Regeneration Budget, the Department for Transport and private developers.

Whilst applying a robust and honest use of materials and process, Knight employs digital technology to assist in the generation, presentation and design development of initial ideas and transfers this directly to manufacture drawings to aid traditional production techniques and, where appropriate, directly through to software for CNC Machining and welding, photo mechanical etching and Laser cutting. Manufacture has primarily been in partnership with local Sheffield Manufacturers.

The consideration of the social and political issues surrounding public art within Sheffield is manifest within Cutting Edge. Through early involvement in the concept development stages of Sheaf Square Knight was able to consider, explore and debate the formal, historical and political context of the development in greater depth and thus was able to empathise with the human, critical viewpoint within the design rationale of the subsequent public art.

The design team engaged with appropriate strategies in order to successfully qualify and capitalise on the artwork within planning strategy, economic rationale, political agenda and audience engagement.

This was achieved through reflective dialogue around the creative and political issues between the design partners and through several public consultation events.

This piece exemplifies how emotive functions of art (a sense of place and belonging) can combine with physical functions of design (serving as street furniture). It demonstrates how early involvement within the concept stages of a master plan enables real integration of artwork into the urban and political landscape.

The concept of Cutting Edge is concerned with harmony and the relationship between the human figure and the landscape he/she inhabits. It engages with how people use and move in a space, sited in an environment primarily used by pedestrians, both transitory visitors and those who live in the city. The form and scale of Cutting Edge have been conceived, shaped and developed by the specific landscape and environment into which it is set.

Forming part of The Great Promenade Art Show, along with works by Peter Freeman and Peter Blake, Desire explores an expression of temptation and the forbidden, the tensions and frisson of Blackpool nightlife.

In response to the brief the artwork is an uplifting form intended to visually celebrate the history of the local area. The visual appearance of the piece references ears of barley whilst the manufacturing process is inspired by leatherwork techniques. Both the material and scale of the piece reference the engineering history of the surrounding area.

The Sheaf Tree project was subsequently awarded the Landscape Category at the Leeds Architectural Awards for which the public Art was particularly cited. The guest assessor, who had the final say on the awards, was Graham Morrison of the award-winning London practice, Allies and Morrison architects. In 2014 Sheaf Tree was in the final 3 projects shortlisted for the Leeds Architecture 25th Year Anniversary Award.

Stoddard Building, Sheffield Hallam University. One of a series of Sheffield Public Arts Commissions that set out to integrate the qualities inherent in the craft trades into public art works.

Knight's elegant design, a hugely expanded version of the metallic diapering that forms the background of medieval manuscript illuminations, is inoffensive almost to the point of banality. It is only the material - massive stainless steel - that is extravagant. The brief was crushingly prescriptive. The door had to be ram-raider-proof yet penetrable; air had to pass through it, but no mouse, rat or bird. Knight designed matching rigid rectangular grids and filled them with uniform laser-cut panels with pierced points raised like the scales of an armadillo, to repel fly-posters. Only steel could perform so many tasks at once, and present so teasing a combination of strength, viciousness and delicacy.

'It's brutal, austere, hardly the stuff of art. Yet in the hands of Antony Gormley and Anish Kapoor, steel becomes beautiful'
Germaine Greer
Monday September 12, 2005
The Guardian 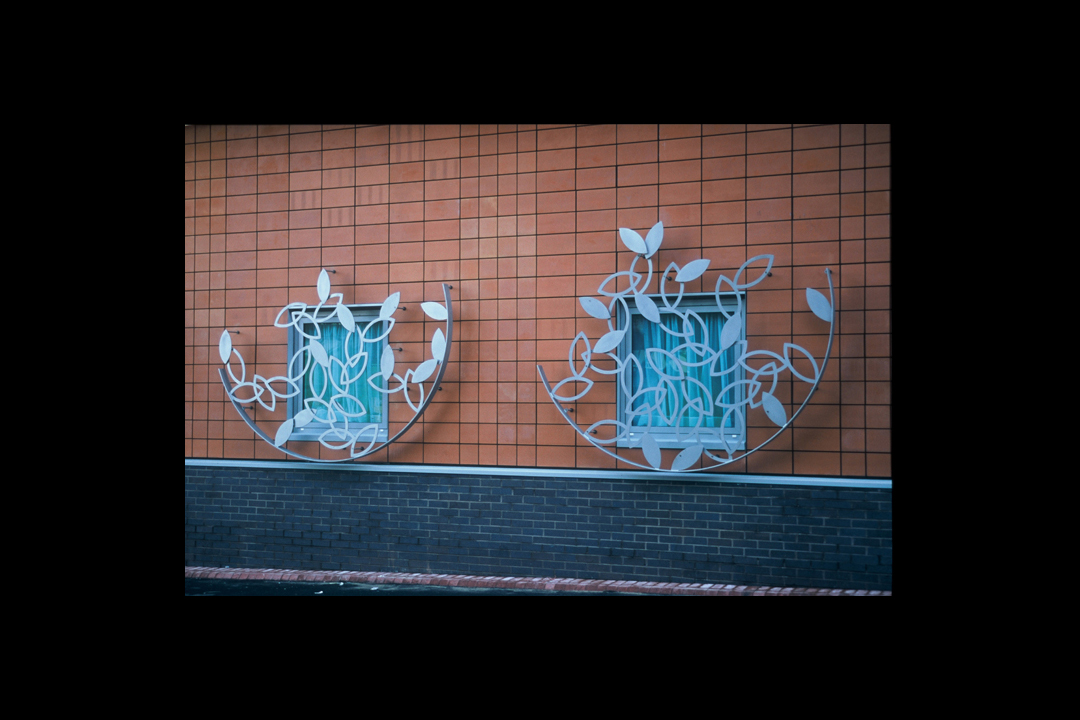 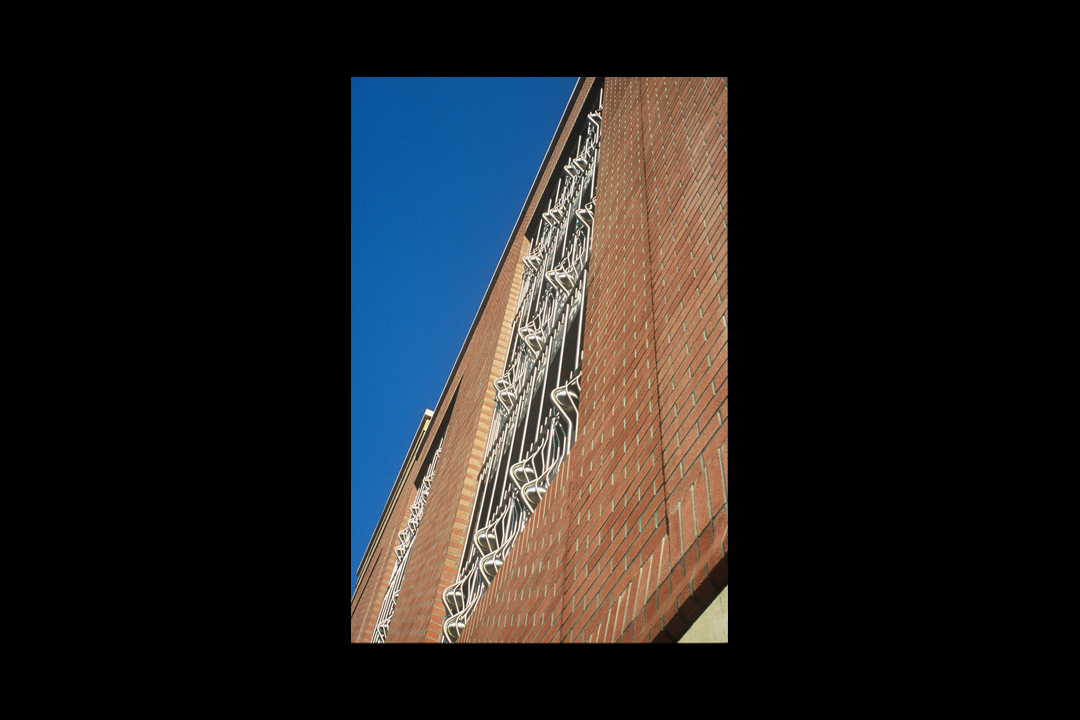 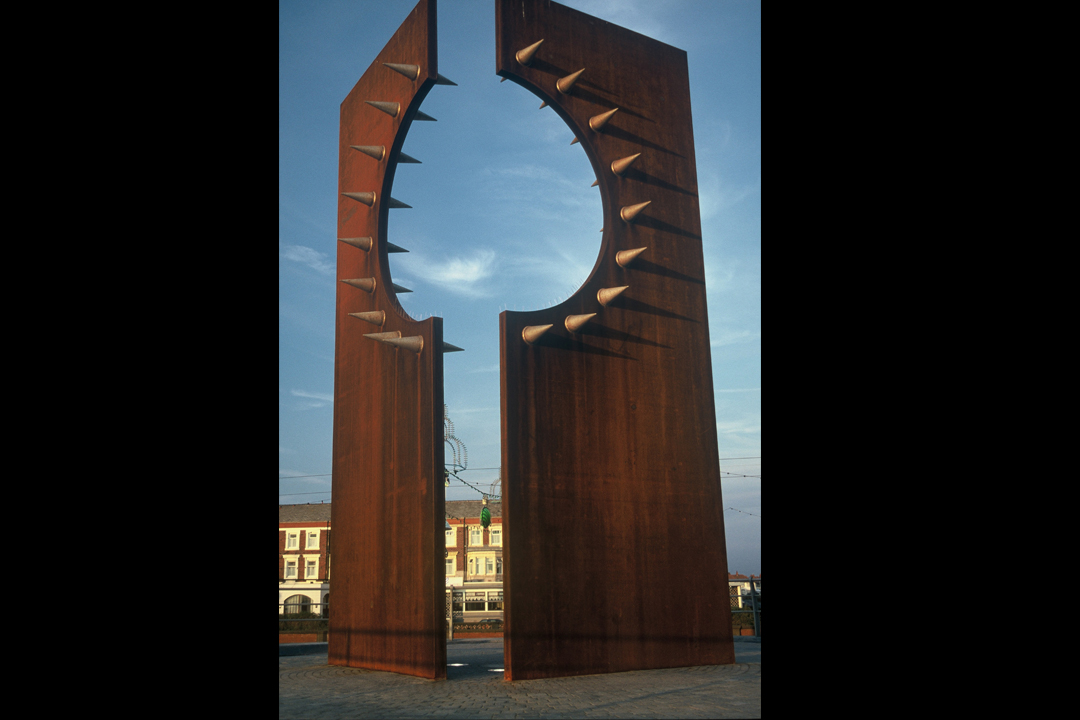 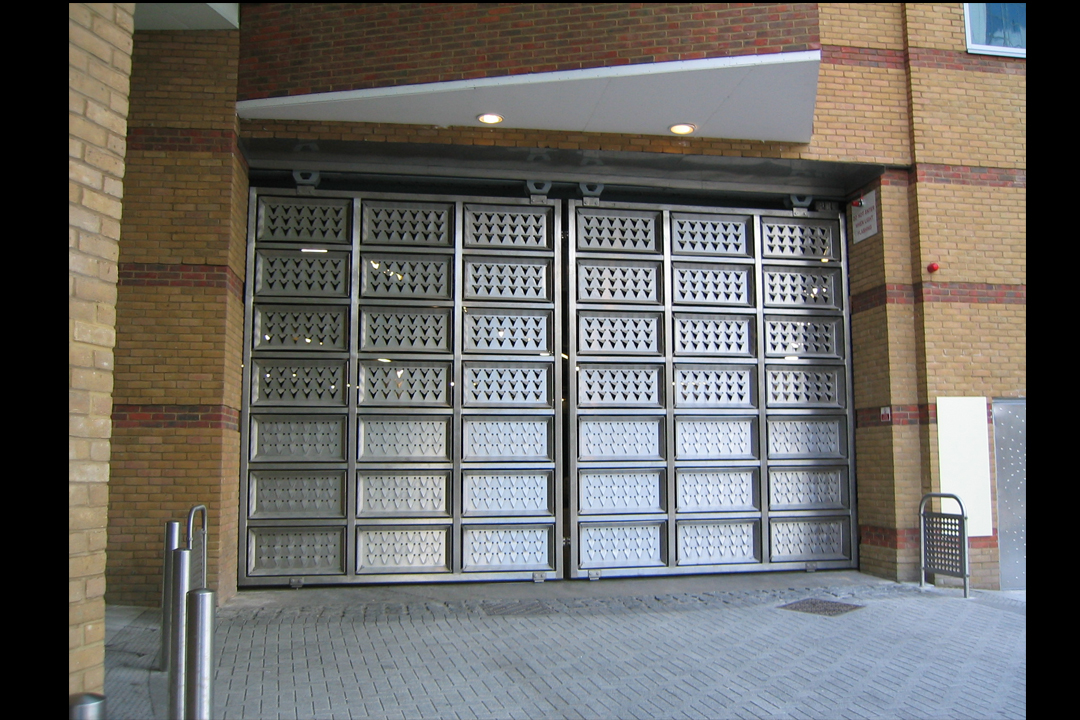 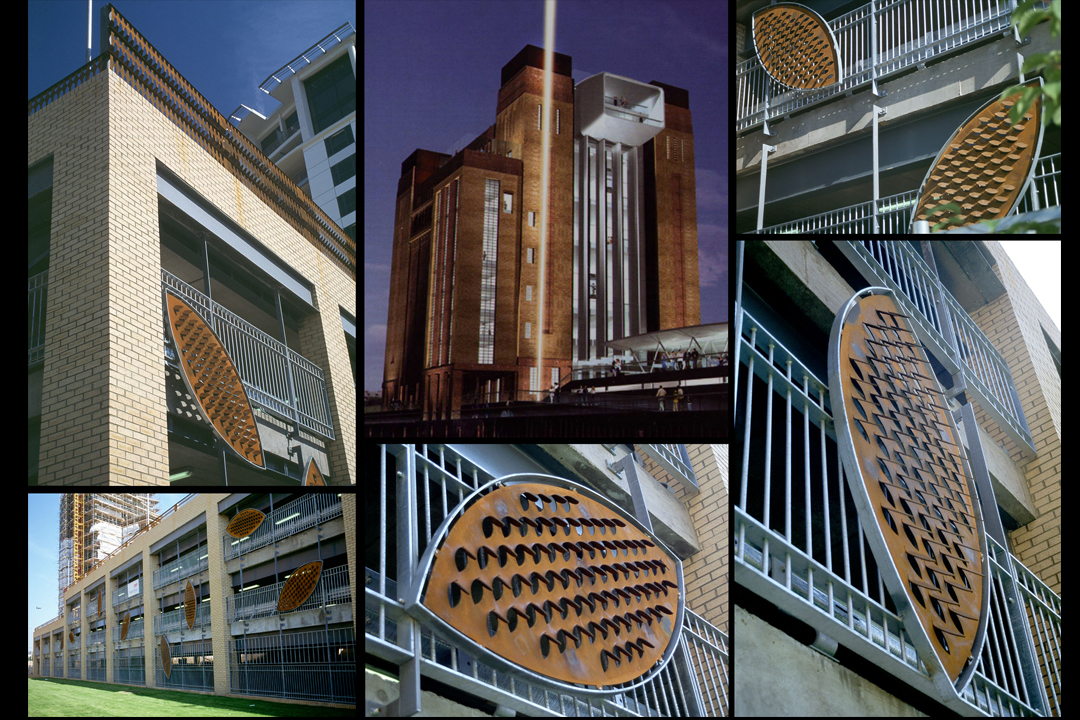 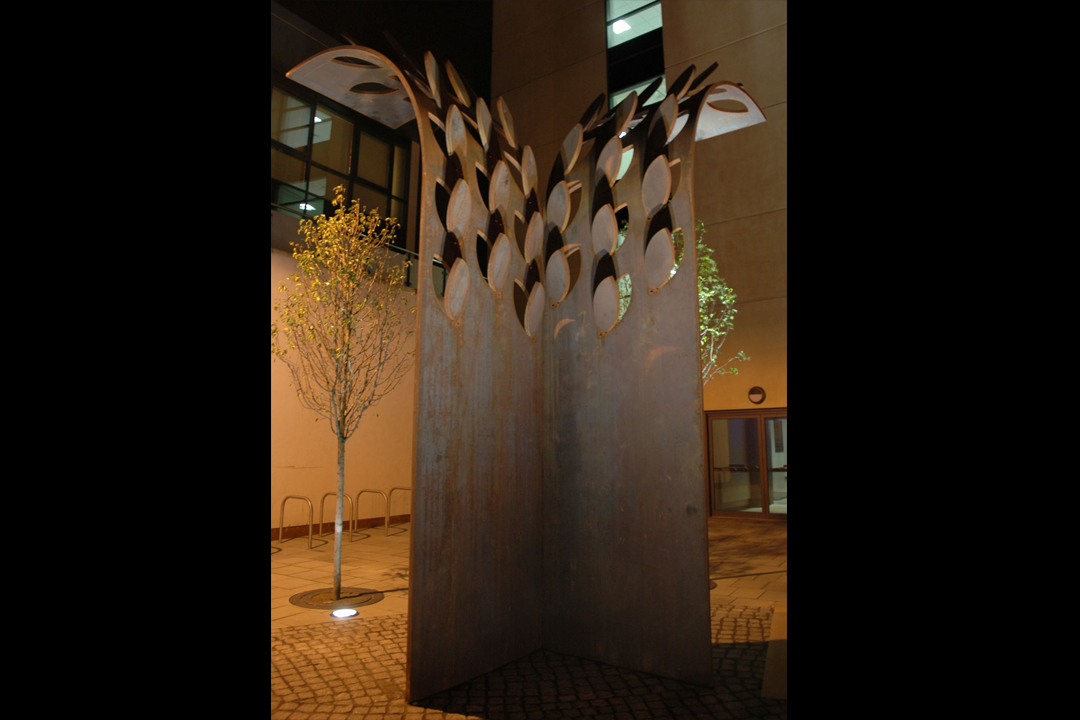 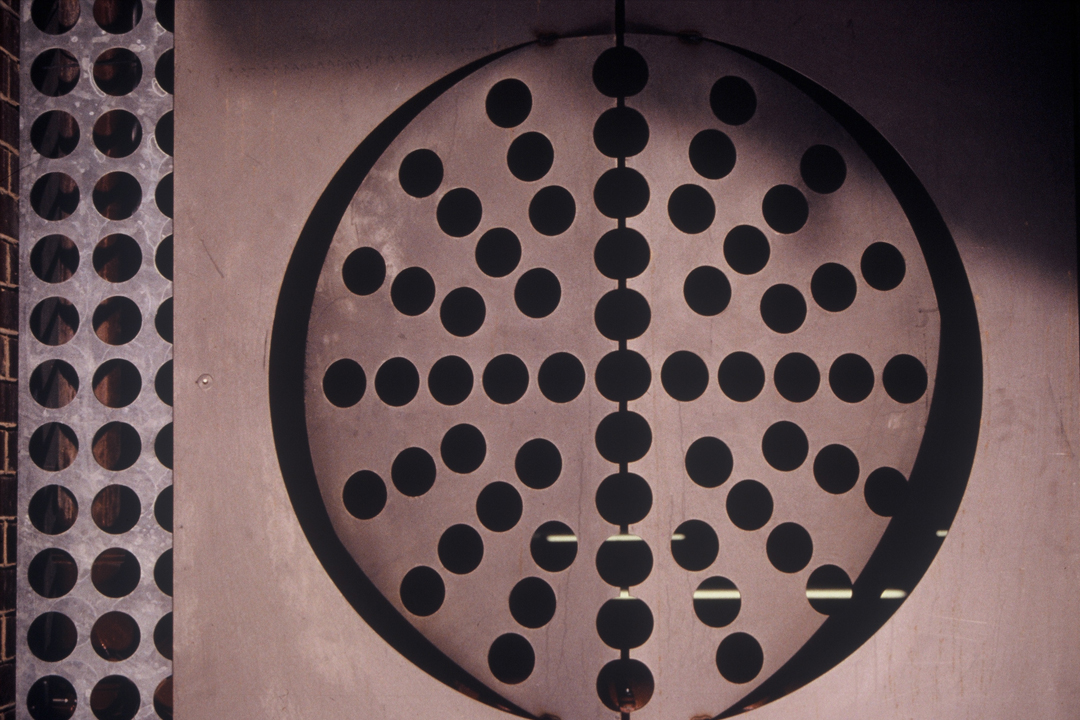 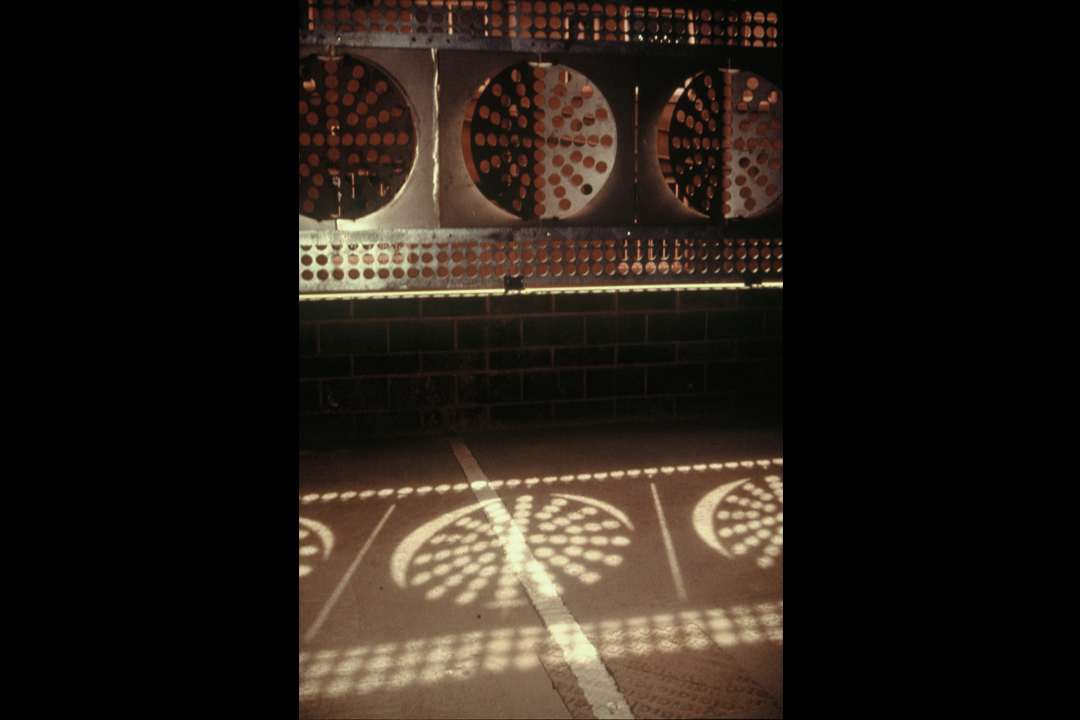 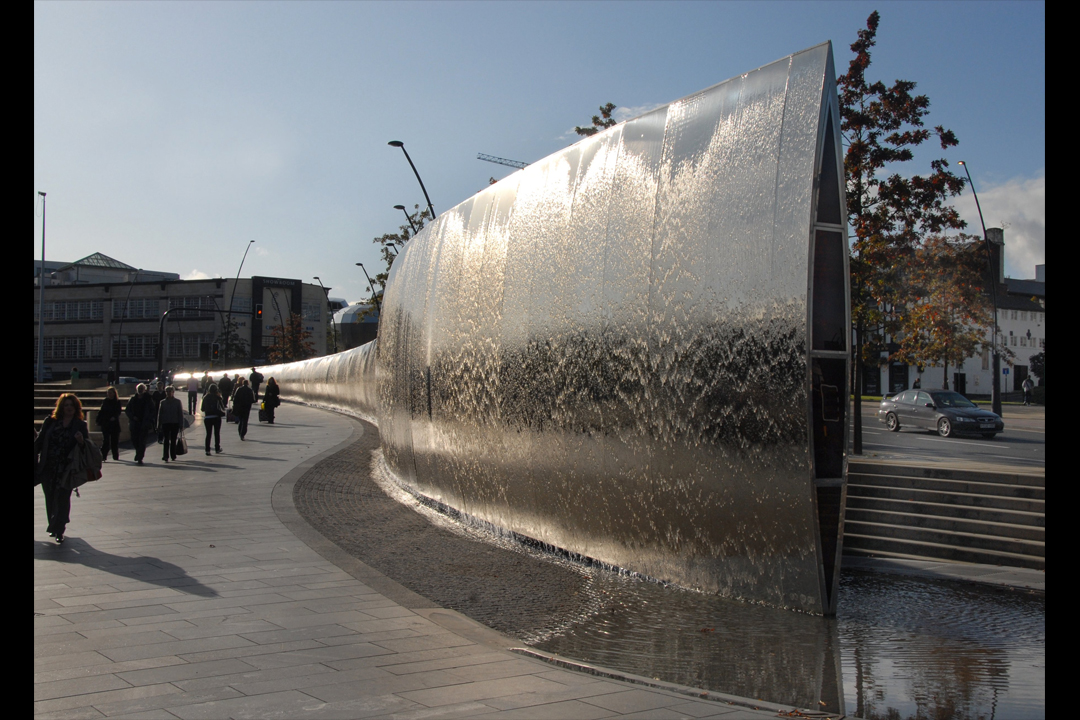 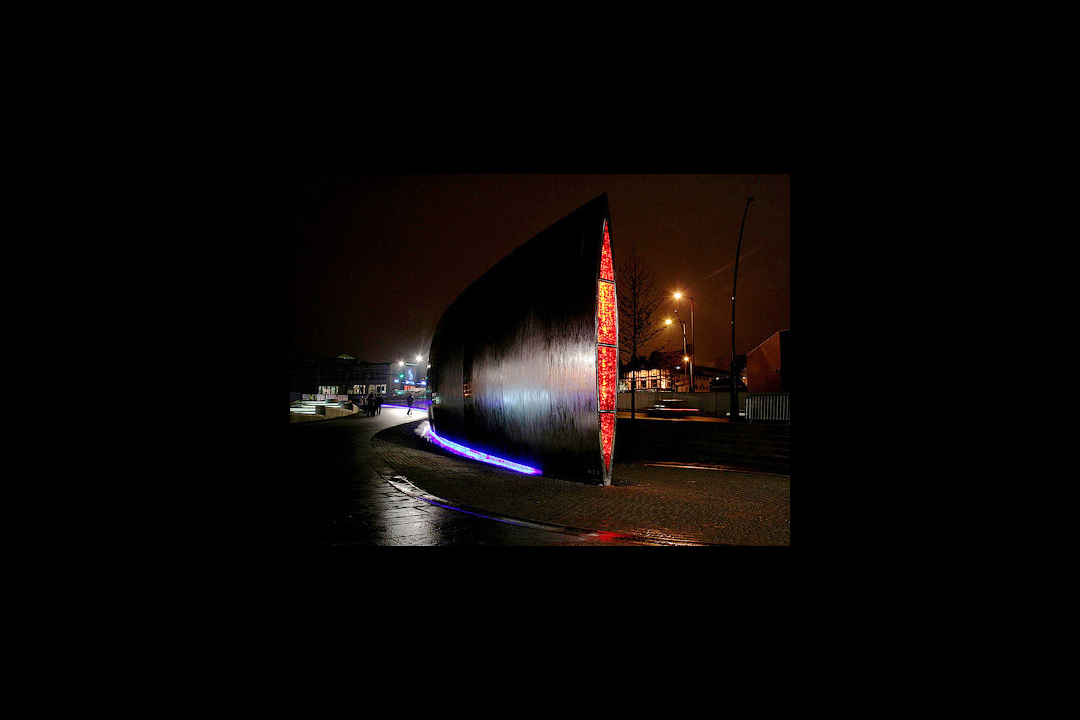 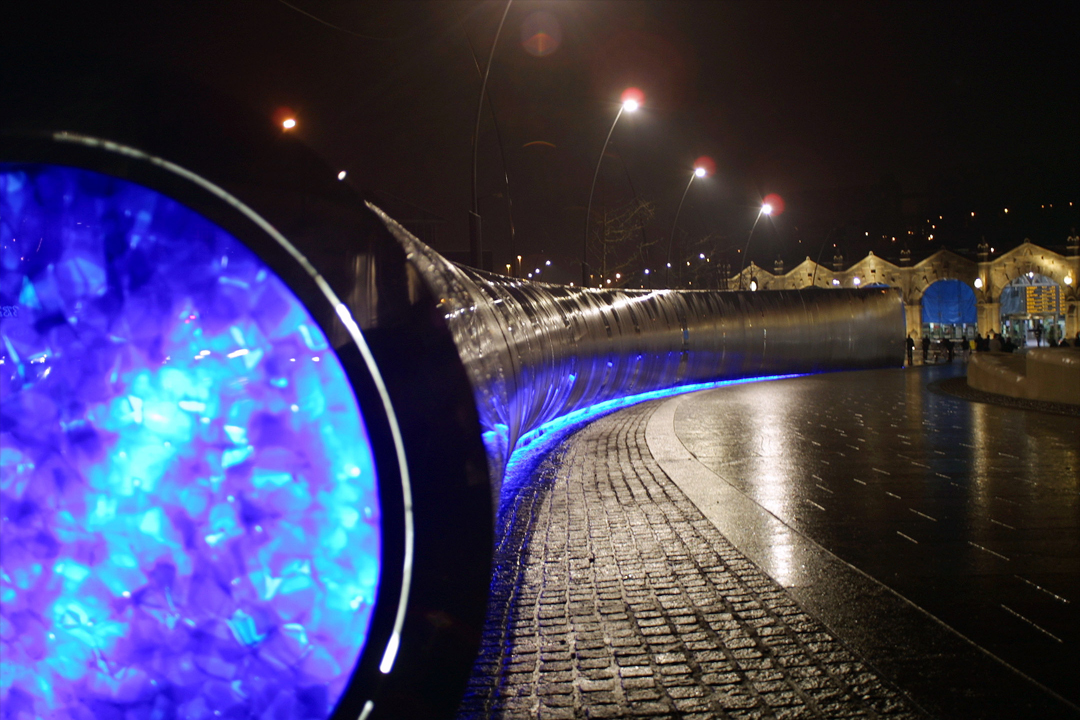 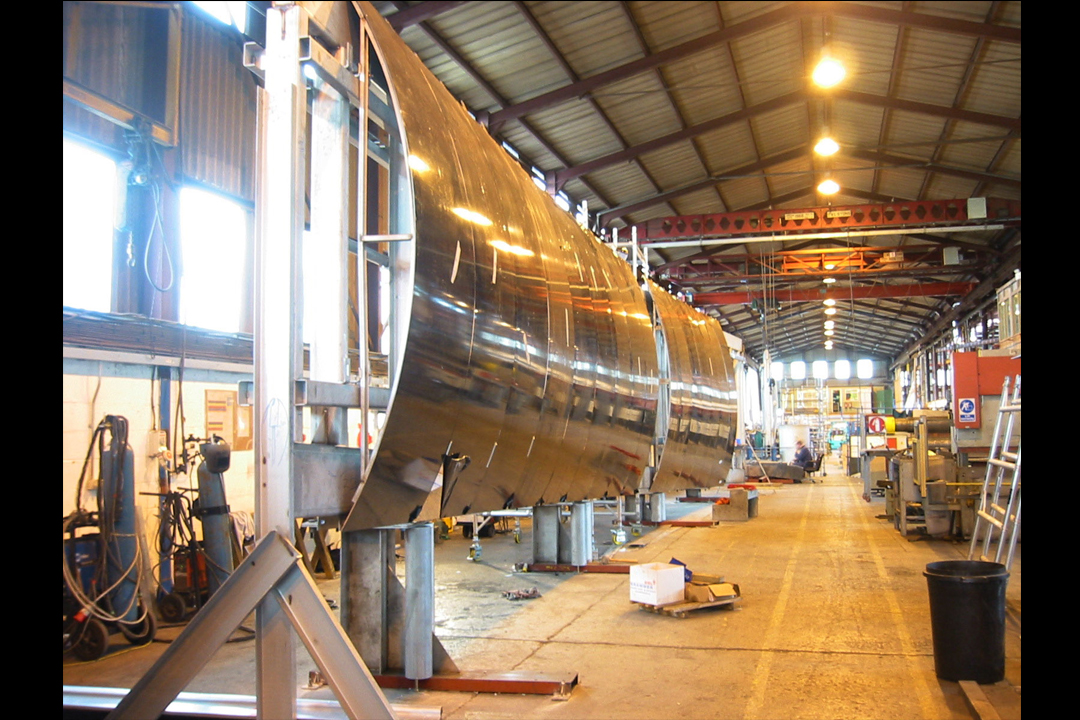