A visual analysis of Homer’s Odyssey

Penelope/Odyssey is a new series of twenty-four drawings comprising a visual analysis of Homer’s Odyssey. McCarthy researched variant versions, textual, spoken and pictorial to challenge assumptions about how a text may be ‘known’ and presented. The research juxtaposes different versions of Homer’s work in a single collection that reanimates the narrative.

This research was presented as a paper at the Words/Worlds cross-disciplinary conference on text-based work at Lancaster Institute of Contemporary Arts, Lancaster University in May 2013. McCarthy’s solo performance of variant versions of The Odyssey was included in Ex Libris at Site Gallery, Sheffield in March 2009. Water, a paper was presented at The Four Elements, Henry Moore Institute Leeds on 25th March 2009.

Gravity: Buckets and Jewels - Gravity (gravity21.org) is a space for debates about the visual as a... 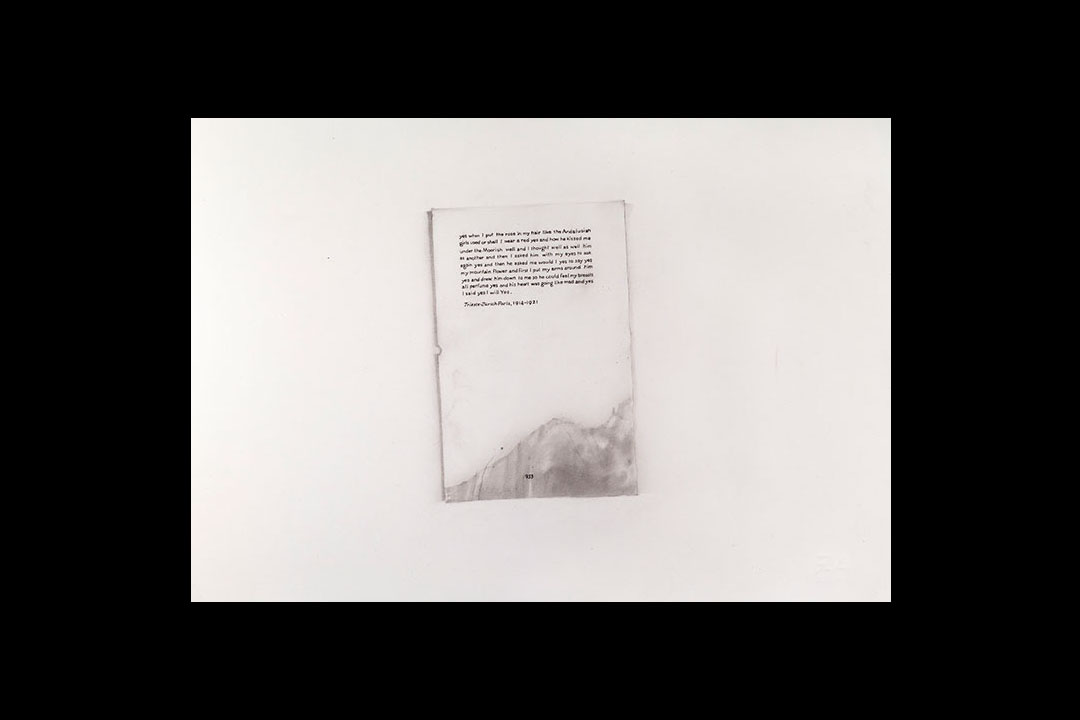