Developing a Potential New Cure for Back Pain

Developing a Potential New Cure for Back Pain 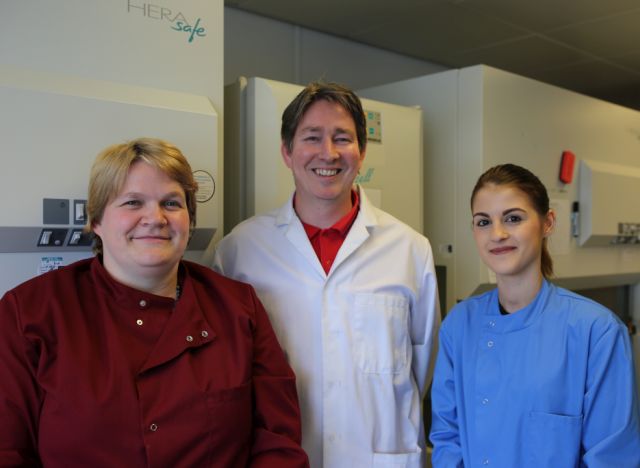 Scientists at Sheffield Hallam University are developing a range of revolutionary hydrogels that may remedy degenerative disc disease - a condition which costs the NHS over £1billion a year.
The team has been using waste products obtained from an abattoir for the purposes of this current testing.

Scientists in BMRC and MERI are developing a range of revolutionary hydrogels that may remedy degenerative disc disease - a condition which costs the NHS over £1billion a year.

Our team of researchers in Polymers, Nanocomposites and Modelling research Centre (PNMRC) has been working closely with Biomolecular Sciences Research Centre (BMRC) when we obtained £300k in funding from Arthritis UK, Medical Technologies IKC and the Medical Research Council to begin the next stage of testing, and will seek to further develop the hydrogel based therapies with a view to eventually being able to trial and apply it in a clinical setting.

Disc degeneration is a common cause of lower back pain affecting 80 per cent of the world's population at some point in their life, even in those as young as 25. Between each vertebral body is a cushion called an intervertebral disc. Each disc provides flexibility and absorbs the stress and shock the body incurs during movement and prevents the vertebrae from grinding against one another.

The intervertebral discs are the largest structures in the body without a vascular supply. When the disc degenerates, it can alter the height and the mechanics of the spinal column which can then cause severe back pain.

Hydrogels are 3D crosslinked polymer networks containing large amounts of water. The researchers have developed a method of manufacturing hydrogels that can be injected into mammals using narrow gauge needles, minimising localised tissue damage, and free of any toxic effect.

When the hydrogel is injected into the intervertebral disc, it 'sets' in seconds and fills the gaps in the degenerated tissue. The hydrogel also has the potential to deliver the patient's own stem cells and encourages them to regenerate the damaged disc.

The team are now evaluating whether stem cell loaded hydrogels can be used to repair goat and human spine segments using specialist laboratory simulations which can mimic the loads which are seen in a human intervertebral disc.

Dr Christine Le Maitre of the BMRC, who is one of the project leads, said: "Lower back pain is an increasingly prevalent clinical condition and a key contributing factor of it is the degeneration of the intervertebral disc. There are three components needed to regenerate the disc: inhibiting the diseased environment, providing mechanical support and delivering stems cells and this hydrogel is the first of its kind to provide all three components needed to regenerate the degenerated disc".

"We are also developing other hydrogels that can promote bone regeneration and increase bone density. This hydrogel could eventually be used to treat trauma injuries and bone fractures as well as osteoporosis."

Professor Chris Sammon of MERI, whose team invented the hydrogel, added: "The hydrogel was discovered during another project which involved looking at ways to make responsive materials using clays as crosslinkers. Christine suggested this could have the potential to support cell growth, which it does, and we have subsequently optimised formulations for use in different applications. The successful capture of these latest grants shows the value in working on cutting edge, multidisciplinary projects and vindicates all the hard work that the team has put in to achieve this."

*Please note: Testing to date has been carried out on produce obtained from an abattoir.

For press information: Sarah Duce in the Sheffield Hallam University press office on 0114 225 4025 or email s.duce@shu.ac.uk