Glaze Testing for a Ceramic Artist 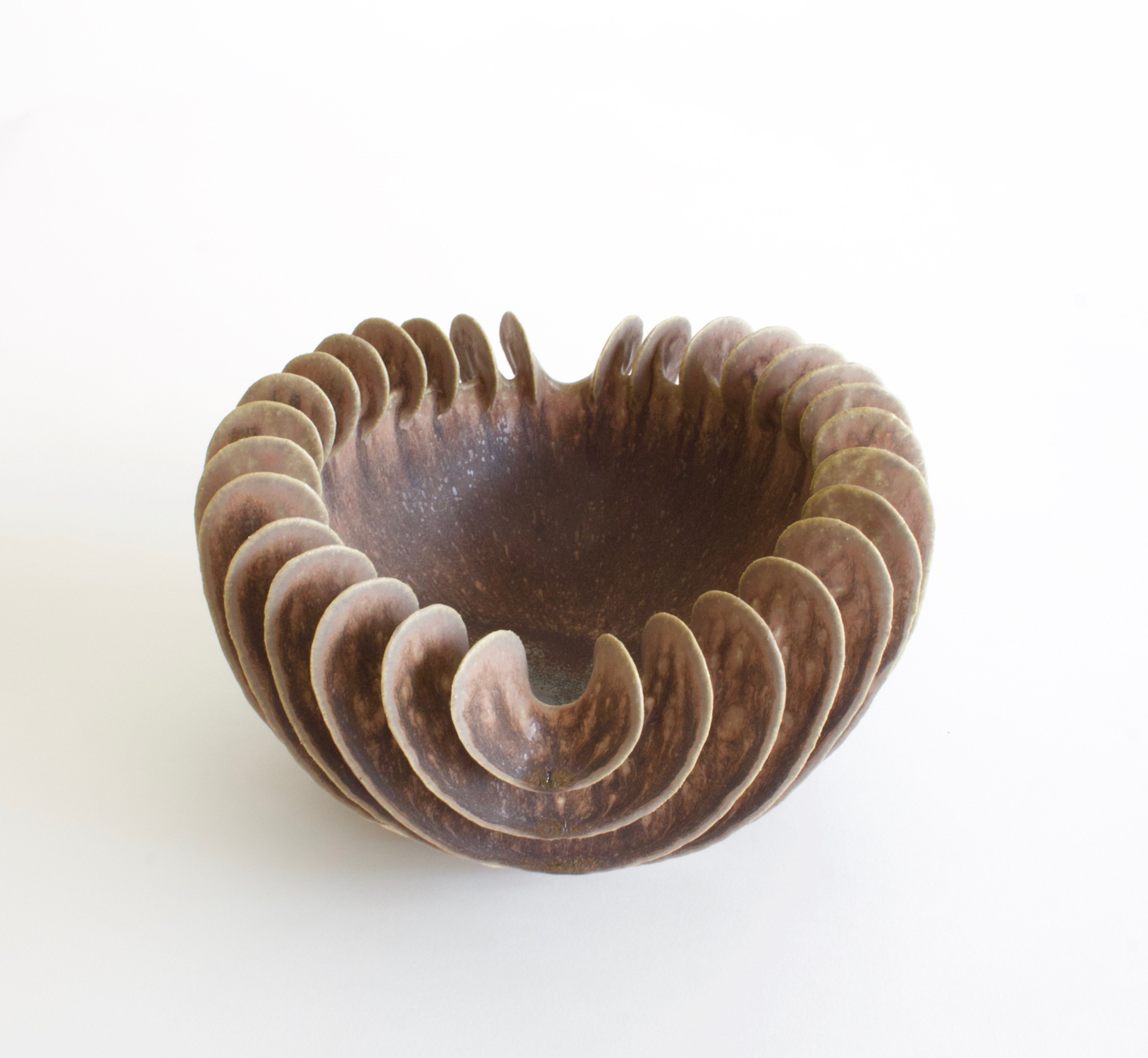 Sarah Villeneau is a multi-award-winning ceramic artist who has been creating unique sculptures and small works for more than two decades. Although Sarah is based in Sheffield, her work is well-known to many outside the area, having been widely featured in exhibitions across the UK and also in Europe.

Sarah approached the Materials and Engineering Research Institute here at Sheffield Hallam University because she was experiencing less than optimal results with the glaze that she was using in her ceramic work.

I had a concern over a glaze I have been using for years, which serves my purpose but is also very unreliable,’ Sarah explained. ‘It's colour is variable and it often runs, ruining work. When it works well, it is just what I want, but I hoped I could find a way of making it more predictable within the parameters of acceptability. I hoped that the university could help through careful testing and analysis.

The challenge here was for us to conduct a series of glaze testing experiments in order to determine the ideal parameters for achieving the best possible outcome.

Testing these three variables involved creating a number of sample pieces and processing them in a variety of ways to observe how they fared in each case. We tested a range of maximum firing temperatures, soak times and heating rates, and this provided us with the data required for further analysis.

It was found that one particular element in the glaze being used is volatile when it reaches a temperature that is not significantly higher than the maximum temperature commonly set for firing. Because the heat distribution pattern in a large commercial firing kiln is unlikely to be as uniform as in the equipment used in our state-of-the-art laboratory, it was suggested that some pieces of work might inadvertently be experiencing exposure to temperatures that are causing the quantity of the potentially volatile element to decline, leading to a degradation in overall glaze quality. In that case, we proposed that lowering the maximum temperature of the kiln to well below the point at which the volatile element might be affected could lead to improved glaze performance.

Our work on this project continues, but the initial findings of our study and analysis have already proven useful to Sarah, as have her interactions with its lead academic. ‘His insight into the glaze chemistry has been really useful and enlightening, uncovering aspects I hadn't thought of,’ she told us. ‘We are still in the process of improving the glaze, but the understanding I have gained from his input will help me solve glaze problems in the future.’

Sarah continued: ‘Having a more workable glaze will improve the consistency of the quality of my output and will also save time if I do not have to grind down unwanted glaze drips, or refire work that has not been successful.’

We asked Sarah if she would recommend the process of working with us to similar businesses, given her experience thus far, and her response was enthusiastic. ‘Yes, I would recommend this process,’ she said. ‘It is good to have an outsider's view. One can get set in one's ways and put up with less than optimum processes because stopping to test them can be time-consuming, even if you know that, in the long term, finding a solution might save time!’