Shape Memory Polymers (SMP), as their title suggest, have the intriguing ability to change from a temporary intermediate shape back to their fixed, permanent shape. In thermoresponsive SMPs the temporary shape is introduced by heating the polymer to a given temperature, Ttrans, and then deforming it into the temporary shape using a physical force. Cooling the deformed polymer, to a temperature below Ttrans, locks in the intermediate shape. When the deformed polymer is reheated to Ttrans the polymer returns to its original, permanent shape. These polymers have been used to produce, among other things, medical devices such as stents and catheters. Typical examples of polymers which can exhibit this shape memory effect include (meth)acrylates, polyurethanes, and blends of polyurethane and polyvinylchloride. 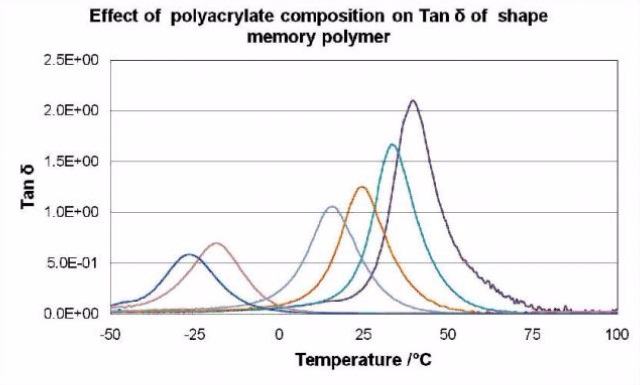 Figure 1. The variation of glass transition temperature with composition for a selected polyacrylate shape

The incorporation of clays and organoclays into polymers, at addition levels of 1 to 5 wt%, have been show to dramatically increase the mechanical, barrier and fire resistant properties of a wide range of polymers.

The incorporation of clays into polyacrylate-based SMPs

In a recent study a systematic series of t-butylacrylate-co-poly(ethyleneglycol) dimethacrylate (tBA-co-PEGDMA) polymers were synthesised and characterised before adding organoclay. Increasing the poly(ethyleneglycol) dimethacrylate (PEGDMA) content in increments of 10% increased the storage modulus from 2005 to 2250 Mpa, reduced the glass transition temperature from +41 to -26°C and reduced the intensity of the associated tan δ peak. The tBA-co-PEGDMA crosslinked networks displayed useful shape memory properties up to PEGDMA contents of 40 %. Above this PEGDMA percentage the materials were prone to fracture and too brittle for a realistic assessment of their shape memory capability.

The system containing 90% t-butylacrylate (tBA) and 10% PEGDMA was selected as the host matrix to investigate how the incorporation of 1 to 5 wt% of an organoclay influenced the shape memory properties. X-ray diffraction data confirmed that a microcomposite was formed and addition of the organoclay exerted no influence on the storage modulus, rubbery modulus, glass transition temperature, Tg, or the shape or intensity of the tan δ peak of the host matrix. Therefore, it was anticipated that the presence of organoclay would have no effect, positive or negative, on the shape memory properties of the host matrix. However, it was found that the incorporation of clay, especially at the 1 wt% level, significantly accelerated the speed, compared to the organoclay clay-free SMP, at which the microcomposite returned to the original, permanent shape (Figure 2). This accelerated return to the permanent shape was also observed when the microcomposite was coated onto a 100 µm PET film (Figure 3). 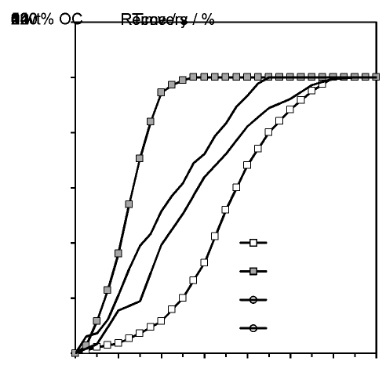 Figure 2. The effect of organoclay (OC) on the speed of recovery of the original, permanent shape. 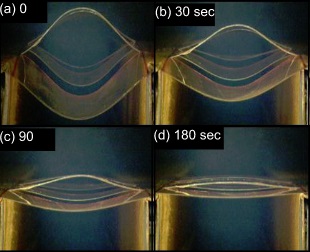