buddyboost - healthier and happier together, 26 minutes at a time.

According to Public Health England (PHE), almost two-thirds (63%) of the country’s population are either obese or overweight and one in six adults at any given time suffer from a common mental health problem (Mental Health First Aid). Equally, there is evidence of a direct relationship between how active an individual is and their overall level of wellbeing (see PHE’s National Physical Activity Framework).

buddyboost, an app founded by Robert Tansey and Ian Malcolm, was conceived, quite simply, to improve the country’s wellbeing by using the power of peer support to help make people more active and to benefit from a sense of community. The team at buddyboost was one of the start-ups recruited to the Advanced Wellbeing Research Centre (AWRC) Accelerator Programme at Sheffield Hallam University and the company founders were “interested in exploring ‘social prescribing’ as a possible route to market.”

Insight supplied to buddyboost by Sport England showed that one of the major reasons people give for either not starting an exercise regime or starting one but failing to continue, is that they have nobody to do it with. The buddyboost app solves this problem with its unique ‘buddy system’, allowing users to track and log activity alongside their ‘buddies’ and also participating in a wider community feed. Having buddies and being part of a community not only encourages activity levels, it also helps establish new behavioural patterns and boosts overall levels of social wellbeing.

Robert, with a background in marketing, communications and sport, worked at Sky for 15 years and was inspired to develop buddyboost following his work on the Sky Ride programme, where cyclists of all ages and abilities were able to ride safely on traffic-free streets.

The founders have studied responses to their app and data from 10,000 users shows that after 26 minutes of exercise, users typically experience a 25% enhancement in their mood level. For those who described themselves as ‘hardly ever or never active’, their mood levels were shown to increase by as much as 41%. “Clearly, buddyboost appears to work!” claimed Robert.

Robert and Ian report that one hugely successful aspect of the app is the community feed feature. “The app is free for the public, but we also sell it as a wellbeing tool to companies, organisations, councils and community organisations.” buddyboost provides exclusive access codes allowing employees to share content when active, such as images and comments, create connections and increase company engagement and community wellbeing.

Over 20 companies have signed up, from sectors including heavy industry, transport & logistics, the NHS, local councils, financial services and media. The common theme is that buddyboost is shown to be really inclusive and help build a sense of camaraderie amongst colleagues – as well as give people an activity boost and a mood boost. .

The company was matched with associate professor Chris Dayson, a leading international expert on social prescribing and head of the Healthy and Active 100 research team. His team at SHU undertook an independent evaluation of the app by applying the Park Run data model and questionnaire to buddyboost, using data from their campaign period in October 2020. Information was collected from participants, both before and after activity, to assess the efficacy of the app. This evidence-based evaluation concluded that buddyboost was an effective public health intervention tool. Chris noticed that the registration process for the app made the collection of data “relatively straightforward” and the users were receptive to participate in the study.

Their involvement in the Accelerator Programme has given buddyboost the academic validation the founders were looking for. Robert confirmed that “the research completely corroborated what we’re doing.” Chris thought there was a real opportunity for the app to lead to public health gains if it could achieve sufficient reach scale. Although there were more marginal gains for those already quite physically active, it could be a very effective public health intervention when targeted at more inactive individuals who stood to gain the most.

For buddyboost, the Accelerator Programme was an “excellent” experience and “came at just the right time” according to Robert who noted two key benefits. Firstly, via the speed mentoring programme, he was able to make new connections in the wellbeing industry, meeting senior professionals leading to new business prospects.

Secondly, “the programme provided critical expertise and resources necessary to manage and grow a successful start-up”. The team got valuable advice on making and presenting an investor pitch. “Building a pitch deck, rehearsing it, and receiving constructive feedback in a friendly and supportive environment was a brilliant exercise for all involved.”

Robert and Ian believe buddyboost has significant growth potential. Recently, buddyboost hit the milestone of reaching over 10,000 users. The company is also looking to deploy their ‘buddy system’ in other industry settings and are considering diversification opportunities such as mindfulness and nutrition. 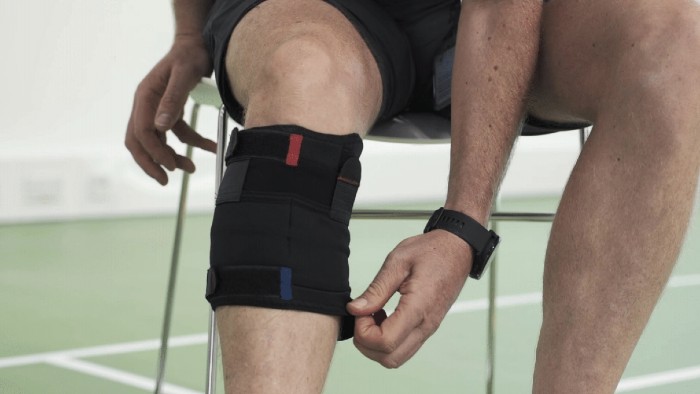 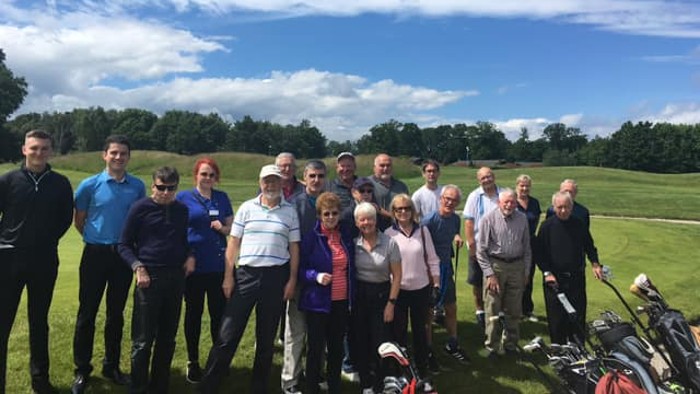