Open loop solutions for recycled glass from the consumer, construction and automotive stream

Application: Based on the findings of previous research, further reviews were conducted on the possible application of the outcome(s) of this research. The aim of this review was to establish application(s) that would

This review revealed that a major use of non-solvenated epoxy resins (the primary nominated generic binder for the glass waste) was within the construction industries particularly flooring.

Food and Chemical industry capital expenditure increased by 3% and 7% respectively in 1997 and 1998, with the food industry having total capital spend of £2.15 billion. During 1998 the food and drink industries were the largest single 'end user' of seamless resin floors in value terms in the UK. A developing directive from the EU indicated that architects and specifiers would be made liable for flooring defects, due to incorrect or inappropriate specification. Therefore it will become even more important that flooring systems are supported by appropriate test data and are able to demonstrate compliance with any relevant legislation.

The initial ranges of test samples were developed to find answers to the following questions.

Levels of moisture content acceptable to maintain the integrity of developed composite of epoxy resin and recycled glass to meet standards established in work package 1.

Maximum glass saturation by mass whilst still maintaining the integrity of developed composite to meet standards established in work package 1.

Necessary minimal treatment of glasses from the waste recycling plants.

Early test samples utilising the standard glass preparation from the recycling stream revealed that the moisture held in the preparation through capillary action inhibited the curing of the epoxy binders and a series of reductive tests were conducted to establish a maximum moisture content tolerance. Establishing the maximum permissible was a key task for quality control procedures for both lab tests and possible suppliers and end users. Testing of the original samples from the recycling plant over a seven-day period revealed a range moisture content through analysis from 0.03% to 4% by mass. The reductive trials conducted established a safe maximum tolerance of 0.15%.

Early trials followed the same ratios of binder to glass that was established during the previous research on cementatious binders: 70% glass to 30% binder. It soon became obvious that the change to epoxy binders would allow greater glass ratios to be achieved including the waste glass measured in microns.

In establishing these parameters we reviewed the volumes and particle sizes of the processed glass from the recycling plants to establish a control range. The rationale for this was, that throughout the program we looked to minimise secondary processing of the glass aggregate. A range of trials were undertaken and initially submitted to lab tests to quantify the integrity of the trial samples. Although the testing was crude we found that three particular mixes performed well in terms of the integrity of the material, glass resin ratios (utilising between 78-85% glass in the developed mixes) and a range of surface appearances achievable and application/manufacturing methodology.

Before submitting a range of samples for external validation, a range of tests were conducted by researchers in the Built Environment Research Centre the Estates Department of the University to confirm the results of the research team. After reviewing their own test results and ones conducted by the School of Construction, the Estates Department offered two sites for trial floors to be laid to provide the opportunity to assess ease of application, user acceptability and performance. This offer being subject to independent external standards testing.

A strategic aim of the program was the utilisation of waste glass from the recycling processors without the necessity of extensive or expensive secondary processing. It was accepted at the beginning of the program that there would be a necessity for secondary processing to remove sugar residues and paper particularly from the glass returned from the consumer waste stream. Testing revealed that all other contaminants could be accommodated without detriment to the performance or visual appearance of the material. Also that nominated particle and volume ratios would have to be consistent and repeatable for pre-competitive end-user trials. A transfer technology review quickly identified a series of opportunities within industries dealing in high volume aggregates for the concrete industries. Sample batches were processed and trialled utilising the existing technologies and confirmed the approach.

This series of tests and resultant outcome validated the developed composite for trial applications.

Before developing the necessary collaborations with appropriate industries to prepare volume quantities of the composite, the University funded a UK provisional patent application (application no. 99 20843.1) to protect the developed knowledge. A sub-regional industry was sought to support the development of this initial trial and we were fortunate in securing the cooperation of Resin Building Products Ltd a specialist resin manipulator for the construction industries.

The two test installations are goods entrance at the university (top) and students refectory (middle and bottom).

These have now been in use for 5+ years and both these installations were significant in establishing the opportunity to test material supply chain, establish end user validation, both short term and long term, in real situations.

The developed composite, a mix of glasses (from the consumer, automotive and construction waste streams) and non solvenated resins was subsequently licensed to Resin Building Products Limited and manufactured under the trade name TTURA™.

To validate the proposition of the research programme and to gain knowledge to inform further work the outcomes and protocols proposed needed to be trialled and tested by parties not involved in the development of the composite. This needed to involve the waste glass industries, resin manufactures, flooring contractors, architects, commissioning agents, and final end users.

Application by contractors on site proved more positive than expected which supported enhancing the glass saturation in the composite and validated through standards testing.

Validation of the composite by monitoring tonnage traffic (goods entrance) and by footfall (refectory).

Ease of cleaning, maintenance and use by individuals with varying disabilities.

The outcome met the research aim in relationship to the potential volume usage of waste glass and supported EU and National government objectives for the re-use of waste. The dissemination of this research project lead to collaboration with the Designer Thomas Heatherwick. Roddis and Nicholson subsequently won the International Design Resource Award in 2001. Nicholson went on to start his own company 8inch and in 2004 TTURA™ won the prestigious Material ConneXion award see www.materialconnexion.com.

The AHRC have published a case study on this project which can be found here.

Are translucent structures possible? - Throughout the twentieth century, architects have been striving for the... 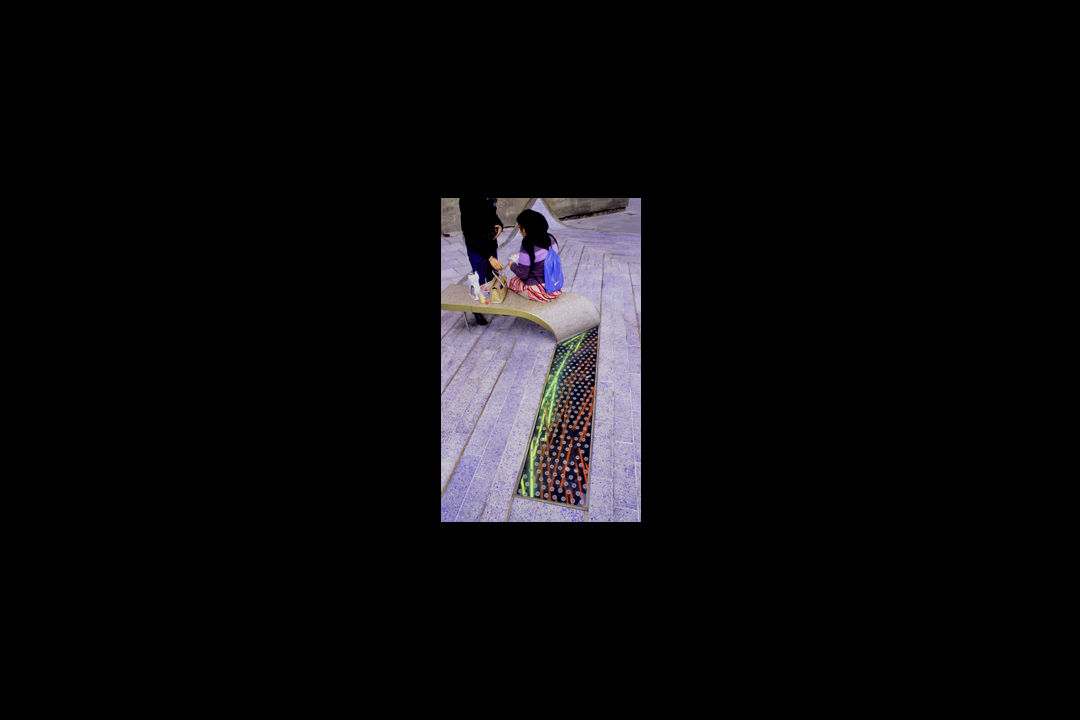 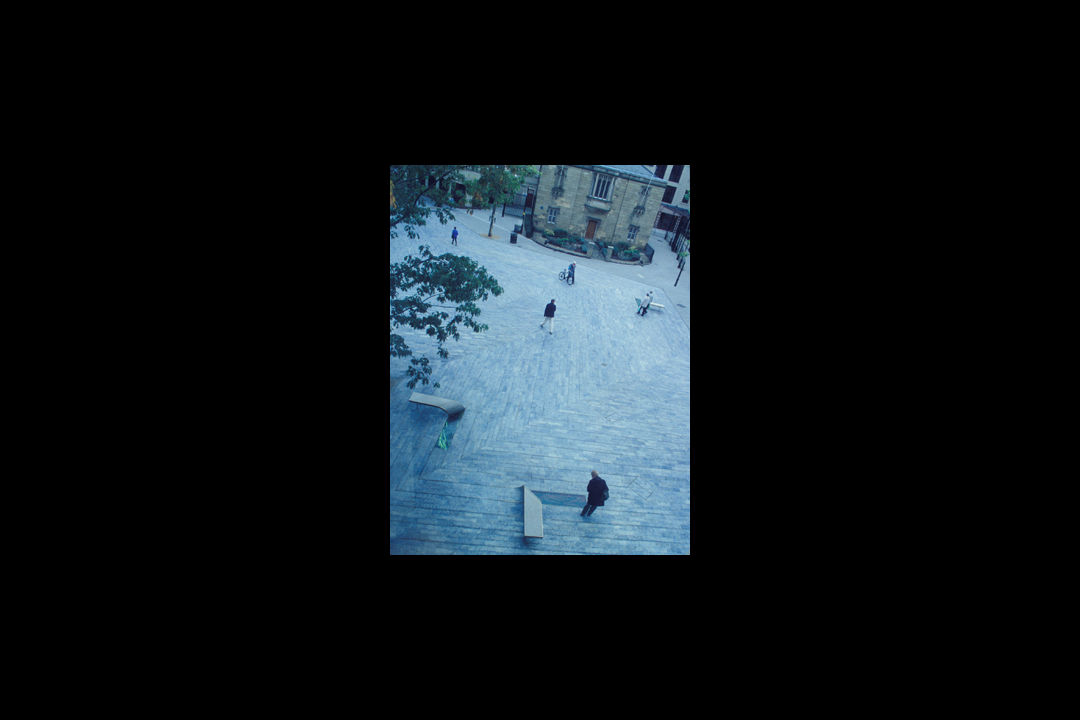 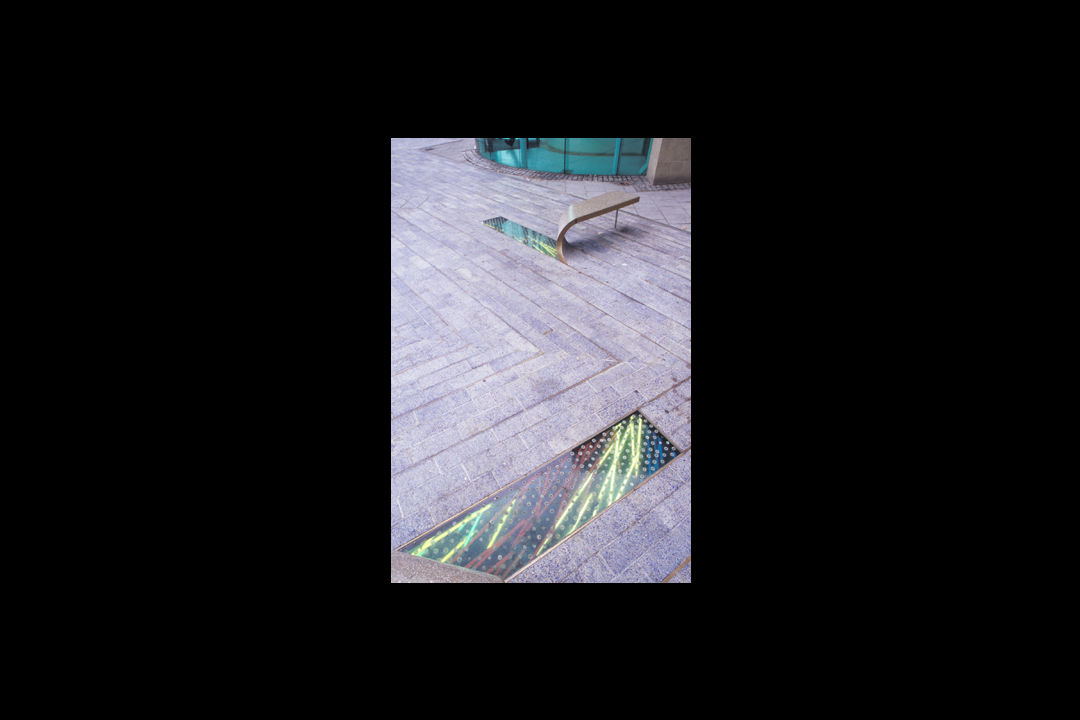 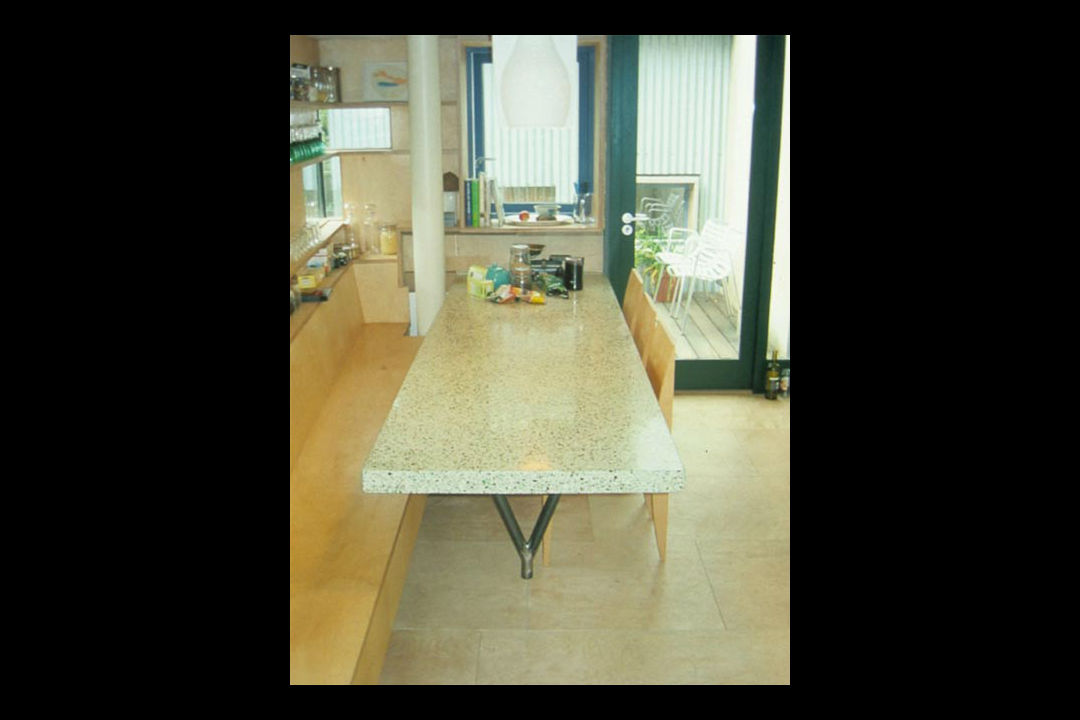