The ability of a polymer to gel when subjected to stimuli is of considerable importance in the production of smart polymers. Stimuli can include pH, temperature, light and water. Gelation is particularly important in the food and pharmaceuticals industries with modified starches often used as thickeners in foodstuffs and cellulose ethers acting as controlled release matrices in tablets.

Working in collaboration with Dr Colin Melia, from the University of Nottingham School of Pharmacy, we are using ATR-FTIR to study the thermal gelation properties of the Methocel family of cellulose ethers. Using a temperature controlled single reflection diamond system we have looked at the changes occurring in vibrational spectra occur during a temperature ramp through the gel point. 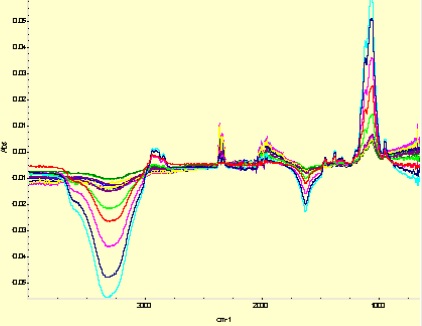 Figure 1. A significant increase in intensity of the v(CO) band of the cellulose ether at ~1000cm-1 occurs as the sample temperature is increased.

This is accompanied by evidence of syneresis as the v(OH) band of water(3230 cm-1) reduces in intensity. Integration of the v(CO) band as a function of T over the temperature range studied shows evidence of a hysteresis loop (Figure 2) which is supported by rheological data. It has been suggested that chain disentanglement leading to the reformation of the Methocel solution is diffusion controlled and is slower than the rate of gel formation. 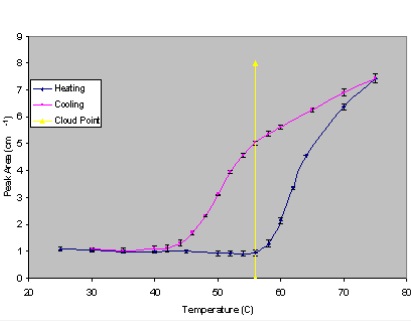 Figure 2. Plot of the integrated area of the v(CO) band as a function of T.

Studying the detailed changes in the shape of the v(CO) band and the water band will enable us to elucidate the interactions that drive the gelation process.