This project is being undertaken in collaboration with the University of Bristol and Institut Polytechnique de Bordeaux for ENSEIRB-MATMECA to develop a new concept of a 'mechanical metamaterial' combining two unusual properties both known to dampen vibrations, such as those experienced in transport from external (e.g. road) and in-vehicle sources. One area where this is a particular issue is in the transport of neonatal babies, although other critical care transport; road, rail, sea and air transport generally; and other sectors such as defence and military are expected to also benefit from the further development of this technology in due course.

The combined unusual properties are negative Poisson's ratio (NPR - the material becomes fatter when pulled) and negative stiffness (NS - the material becomes shorter when pulled). This has been achieved by embedding NS elements (foam, buckled beam or magnetic assembly) within a 2D NPR array of interlocking regular hexagon subunits. The large scale isotropic 2D assembly is now being extended into a 3D mechanical metamaterial using analytical and Finite Element modelling methodologies in the design stage, and 3D printing and mechanical testing combined with optical strain measurement in the production and characterisation stage. 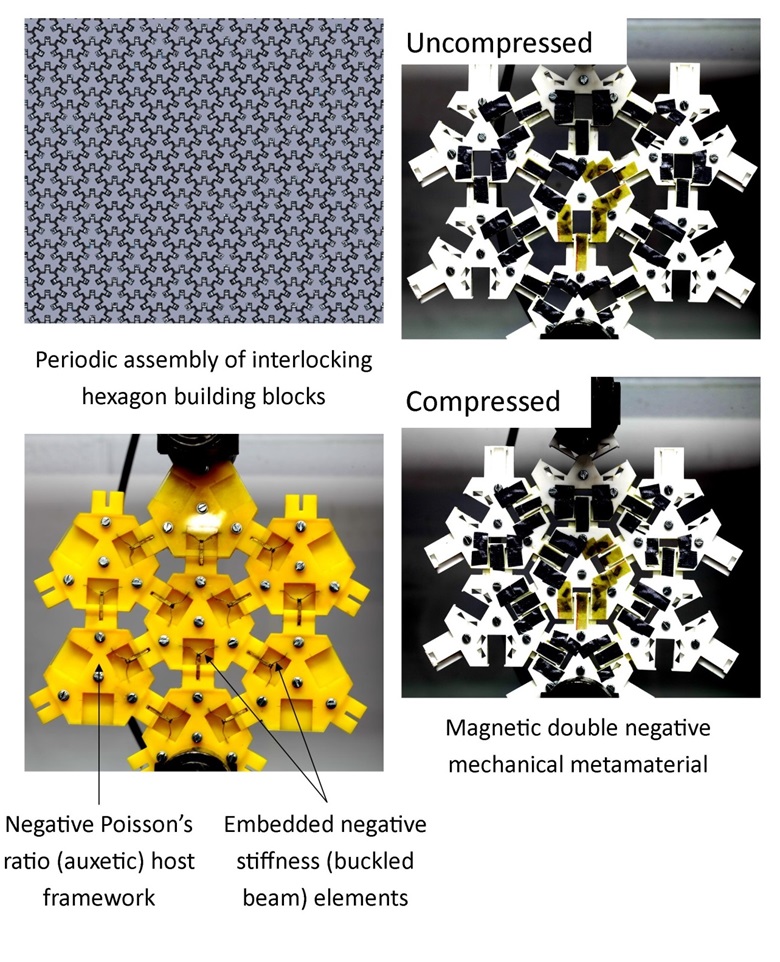 The Conversation (Jan 2017). We’ve created a new vibration-proof ‘metamaterial’ that could save premature babies’ lives.