The project builds on our work into auxetic structures and mechanisms from the macroscale to the nanoscale. The latter has involved scaling down known macrostructures for theoretical cross-linked polymers, and understanding natural auxetic inorganic and organic crystalline nanostructures. 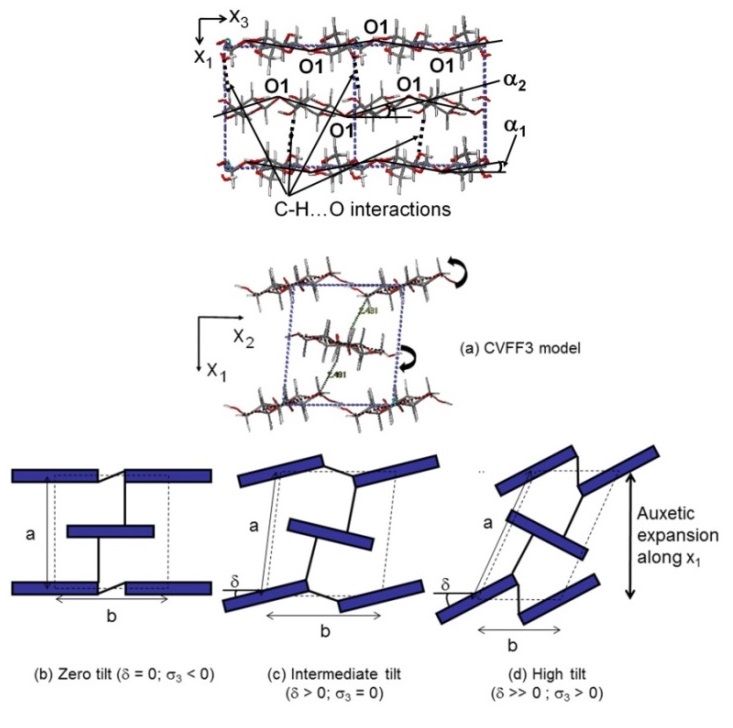 In a recent collaboration with Harbin Institute of Technology, modelling naturally-occurring auxetic crystalline cellulose, rotation of polymer chains was found to occur upon stretching along the chain axis. Interchain separation due to a concomitant reorientation of ‘rigid’ interconnecting secondary interactions appears to be the key to auxetic response (Figure).

Working with the Materials and Fluid Flow Modelling group, we are extending our previous work on crystalline cellulose to a fully-3D system having connectivity similar to that achievable in elastomer materials. Analytical and computational (Finite Element and molecular) modelling techniques are being employed at mono-domain and poly-domain levels to identify key structural features and deformation mechanisms giving rise to auxetic behaviour.