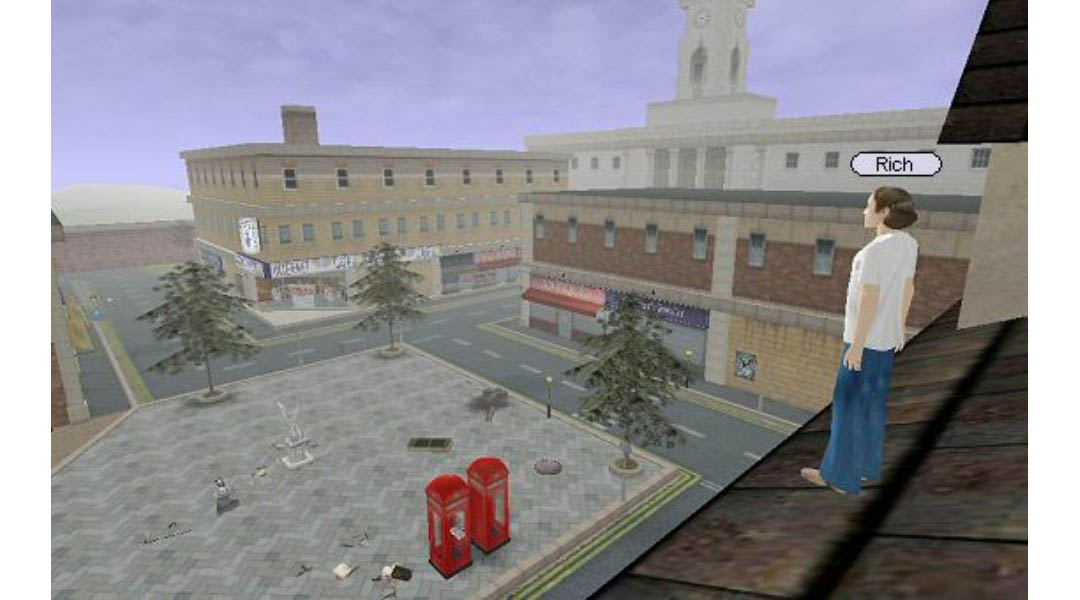 How do children make meaning across on/offline environments when in a virtual world in a primary classroom?

This project investigated the use of a virtual world in a primary classroom, examining relationships between what happened on-screen in the virtual world, Barnsborough, and what happened off screen in class. Barnsborough, was built by virtuallylearning.co.uk in the Active Worlds Educational Universe (www.activeworlds.com), designed to provide meaningful, motivating opportunities for children to read and write in a range of contexts (Merchant, 2009; 2010). It is a 3D simulation of a deserted town which children can explore as avatars, visiting various locations including a park, sewers, an internet café, the town hall and an old castle. As they explore they encounter clues (a dropped note, a poster, and so on) through which they piece together clues about what has happened in the town.

The project highlighted the many and complex ways in which spaces, places, people and things intersected as children traversed virtual places whilst also in the very physical world of the classroom. In doing so, it highlighted the importance of recognising and interrogating multiplicity in examining interactions through and around texts. The implications of this work go beyond research into literacies in digital environments to raise questions about how we theorise and research literacies more generally. It suggests the need to recognise and articulate complexity when interrogating literacies in classrooms and, in doing so, unsettles the idea that literacy education can be taught in a highly scripted and linear manner.