Black Shoals Stock Market Planetarium takes the form of a darkened room with a domed ceiling upon which a computer display is projected, like a planetarium

Audiences are immersed in a world of real-time stock market activity, represented as the night sky, full of stars that glow as trading takes place on particular stocks.

In Black Shoals each traded company is represented by a star, flickering and glowing as shares are traded. The stars slowly drift in response to the complex currents of the market, while outlining shapes of different industries and the huge multinational conglomerates like the signs of the zodiac. The movement of the stocks is based on calculated correlations between the histories of each stock and those of its near neighbours. The stronger the correlation between the histories of the stock prices of any two companies, the more powerful the gravitational attraction between them.

Although they start out randomly distributed in the planetarium, over time the stars clot together and drift into slowly changing constellations, nebulae and clusters. Through this technique different industries naturally start to emerge as galaxies. Any general disturbance in a section of the market will have a visible effect on the sky – the recent collapse of Enron, for instance, would have caused a sort of black hole - all the companies affected would glow very brightly due to the level of trading and would be pulled in to a single point in a very powerful vortex.

Within this environment, a complex ecology of glowing amoeba-like “artificial life” creatures emerge. The creatures live in a world composed entirely of money and they feed on trading activity. Whenever a stock is traded its’ equivalent star produces food for the creatures – the bigger the trade, the more food is produced. For these creatures the heaves and surges of the world economy are like Earth's tectonic plates. Just as humans are only aware of the constantly shifting and unstable plates that make up the Earth's crust under our feet when there’s an earthquake or volcanic eruption, the creatures have no way of knowing what lies 'underneath' their world – they only know that sometimes there are explosions of money and sometimes there are famines.

Every creature has a unique 'DNA' code that determines its bodily structure and behaviour - a genetic program. Over time evolutionary pressures will tend to breed successive generations of creatures that will be better at coping with the conditions in the strange world that they inhabit. A time of slow trading will be a difficult time for the creatures as they desperately search out any signs of food. During these times of famine many of the creatures may die of starvation. The creatures who survive will be those who's behaviour and knowledge about their world allows them to find food more easily. The final results of this process are impossible to predict, but we can guess at the likely course of evolution. It's likely that early on creatures will develop simple “beliefs” about the world - for instance, that a stock which is proving fruitful today will probably also produce food tomorrow.

Later, more sophisticated behaviour may emerge, for instance some creatures will probably develop 'grazing' techniques - based on the belief that similar stocks (those in the immediate vicinity) will be behaving similarly. Still more sophisticated models may develop - such as the ability to recognise periodic movements or patterns of cause and effect. Predators and parasites may eventually develop, perhaps even 'farmers'. The possible range of creatures is very wide - maybe a shark-like species of creatures will develop, that can swim very fast to pick up flashes of food as soon as they appear. Maybe large slow moving creatures will be better able to survive the cycles of glut and famine, of population explosion and crash.

Most likely a combination of different forms of life will develop to fill different ecological niches: lots of small fast scavengers able to survive on little flashes of food, and a few larger, slower, more heavily defended creatures that will be able to monopolise a consistent source of food, and a few predator creatures that cruise the space looking for easy prey. As successive generations of creatures evolve to adapt to their surroundings they form models of their universe that will help them survive and predict the changing seasons that wash through their world. The evolution of the creatures is open ended and we have no idea how sophisticated they may become – perhaps eventually creatures may evolve who will attempt to predict where the trading will occur before it happens.

The creatures evolve from first principles, so the ones that are released into the world when the system is first switched on can’t even move - they just shiver hopelessly and then die. During the Tate Gallery exhibition, the first creatures that were able to move appeared after a couple of days, and after three months a wide range of species developed in the dome - from some very sophisticated creatures that actively search for food using primitive 'eyes', to other which 'hibernate' until food passes by then spring to life and swarm over it, and others which are unable to move but simply spawn thousands of offspring and literally "throw" them in all directions in the hope that one of them lands on a source of food.

The title of 'Black Shoals' (a 'Shoal' being a large group of fish swimming together) refers to the Black Scholes formula, a mathematical formula invented in the seventies by three young mathematicians (Fisher Black, Myron Scholes and Robert Merton) that won them the Nobel Prize for economics. The formula attempts to accurately estimate the current value of a share option, and thereby reduce the risk of investing. Based on the formula Myron Scholes and Robert Merton set up a company called 'Long Term Capital Management' which was spectacularly successful. It collapsed equally spectacularly in 1998, and with more than a trillion dollars invested, it nearly brought the US markets down with it.

There are many theories about the cause of the crash, but the main reason seems to be that their formula had no self-reflexiveness - they didn't take into account their own impact on the market. For instance, because they were so successful, other investors would copy what they were investing in, which led to a kind of 'feedback effect' often seen in biological systems. This kind of effect is often the precursor to chaos in complexity theory, and the company had to ride closer and closer to this edge of chaotic collapse. In the end they lost a billion dollars in two days, when everything finally did collapse. We saw this story as a kind of Icarus parable for those attempting to control complex systems.

The year of the collapse of Long Term Capital Management, 1998, was also the year when the ideas behind Black Shoals Stock Market Planetarium were developed. These were the times of the dot.com boom and the height of media interest in all things stock market related – a time where the market was often equated to a kind of ecosystem with a life of its own, and where the internal dynamics of the markets appeared to be more important than its’ ties to the real world. New Economics was predicated on this idea that somehow the concept of money and the system of the market had finally transcended its’ origins in the flesh and blood world of human labour. So, Black Shoals was designed as a kind of parody of the trading desk of the übermensch - the Mount Olympus from which they would survey their creation.

Because the stock market has the kind of cybernetic properties of biological systems and other complex phenomena (feedback loops etc.), it can be studied in the same was as biological systems. This tends to give rise to a sense that the market is somehow a 'natural' expression of some fundamental forces. One of the lessons we learned in our long journey to understand something about the operations of big finance is that the market is only a natural expression of the particular artificial world model that it embodies - in the same way that the artificial life creatures in Black Shoals Stock Market Planetarium are natural expressions of the computer program that they exist in.

CRIR - The CRIR Project was set up as a critical inquiry into developing new... 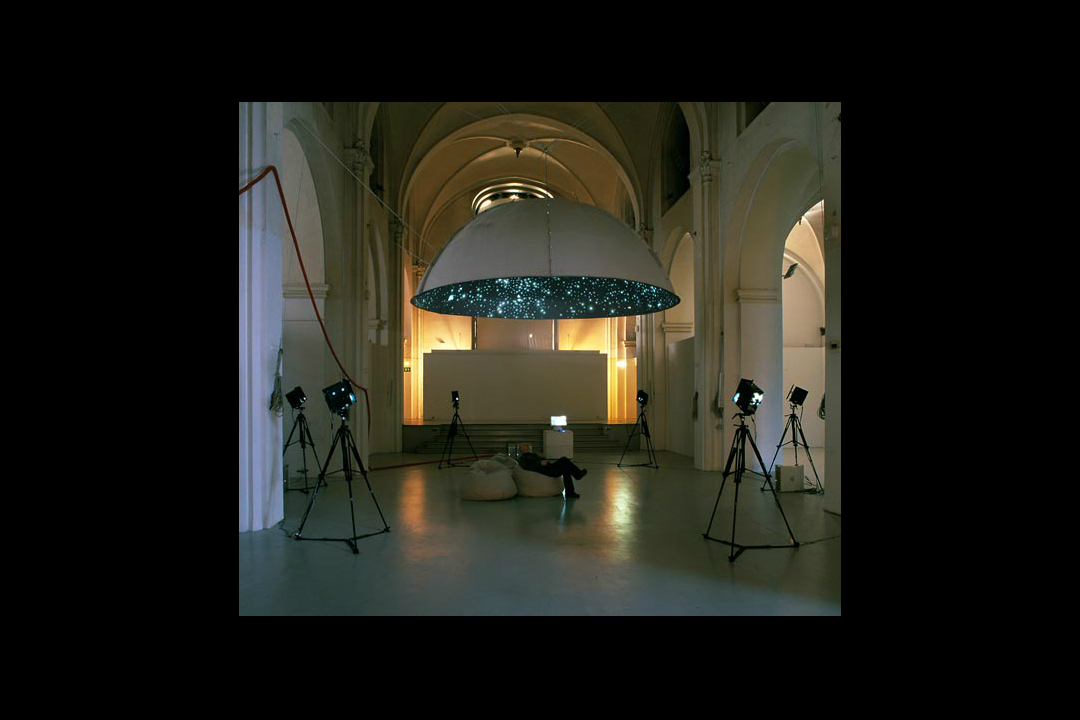 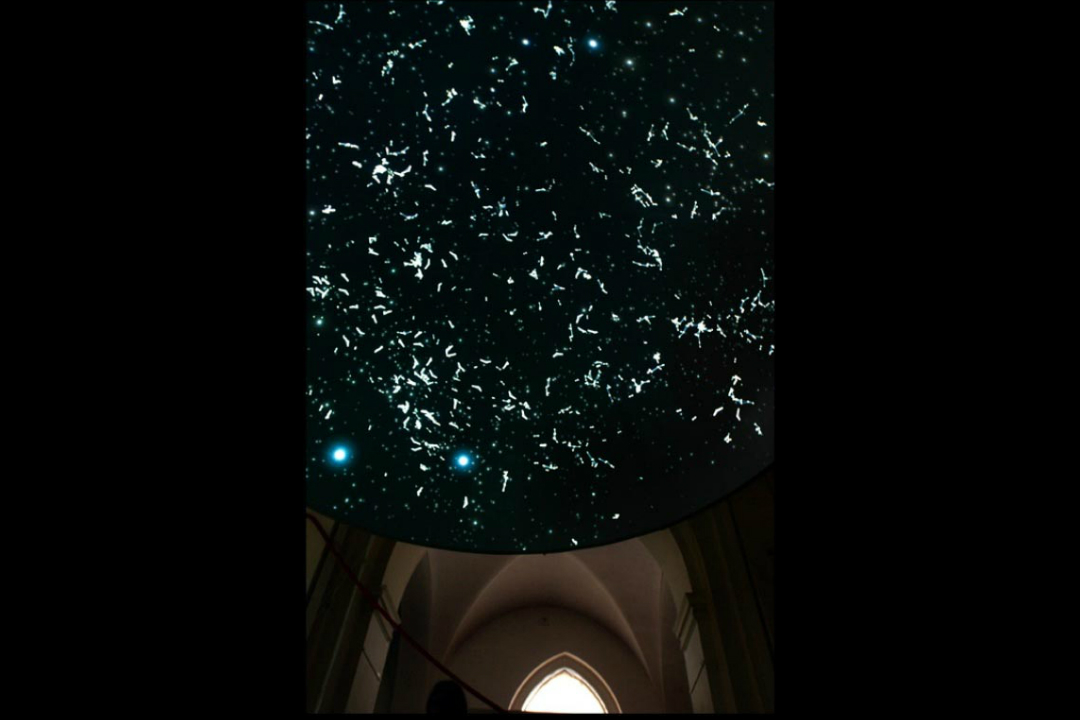 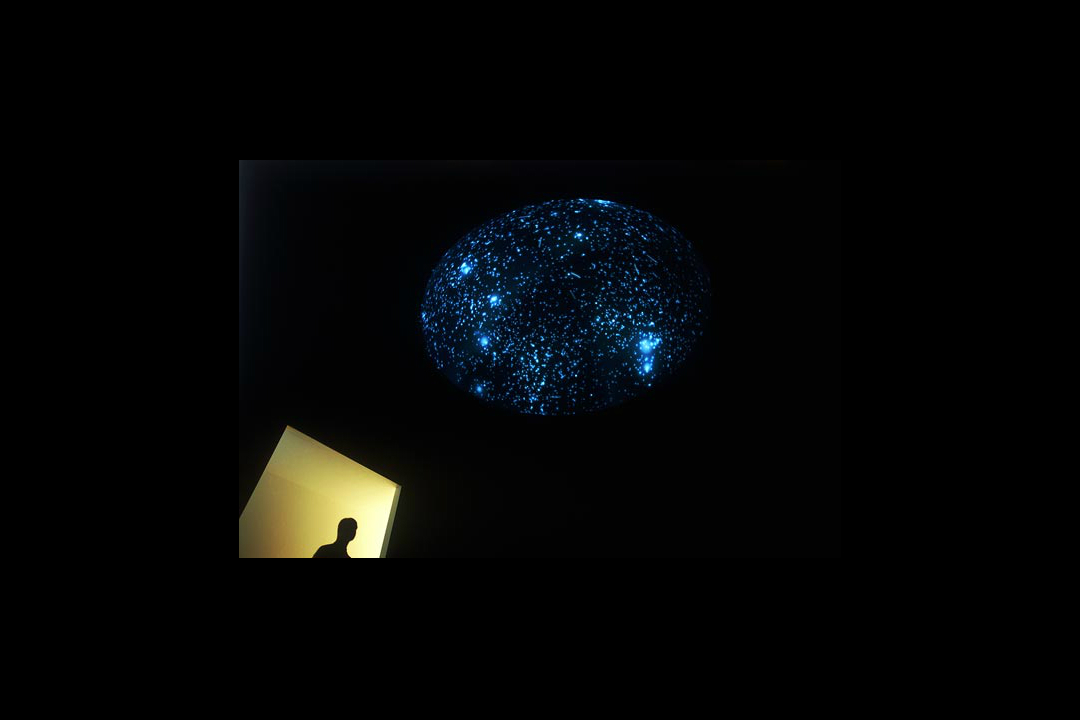 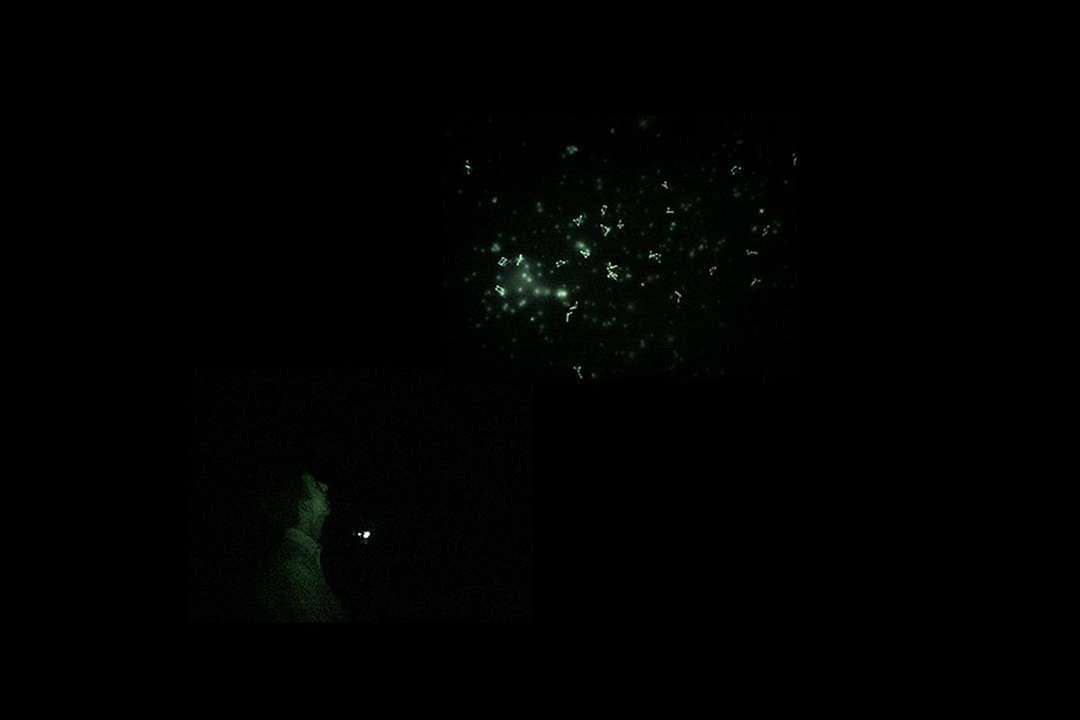