Fictional human and real robot: looking back on the 2016 Being Human Festival

Fictional human and real robot: looking back on the 2016 Being Human Festival

The Being Human festival is a national, week-long whirlpool of creativity and technology held on 17th-25th November. As part of the festival, researchers from Sheffield Hallam University, from Materials and Engineering Research Institute and Cultural, Communication and Computing Research, and members of Sheffield Robotics,  held a series of events under the slogan 'Fictional human and real robot: sharing spaces with robots'.

The main activities took place on the 19th, 20th and 23rd November in the Heartspace Atrium, Sheffield Hallam. The events included interaction with robots Emma and Pepper (JPG, 1.6MB), whilst robot 'Green (JPG, 2.3MB)' (also known as Kermit) silently observed the public. Visitors had the opportunity to immerse themselves into a different reality and walk around various exhibits in a specially created Virtual Reality Robotic museum (JPG, 1.4MB). In addition, attenders could participate in the creation of look-alike robot-avatars workshop (JPG, 1.9MB).

More detailed information on our interactive displays can be found here (PDF, 10.9MB).

We refer you to a short story (PDF, 104.9KB) written by Ekaterina Netchitailova, in which she described her experience during her visit.

We plan to display those images in our new Virtual Robotic Museum (JPG, 1.4MB), which is currently under construction, but will be open soon. In the meantime, you can see them in a digital form here (PDF, 4.4MB).

However, one of the most 'dramatic' events was the script-writing workshop, where the participants wrote small scripts in which they expressed their ideas about our future where robots will become an integral part of humans' everyday life.

The scripts were then filmed and now you can watch the resulted film. It took some time to put all pieces together and edit the final version, but finally the film is ready. Watch robot Emma! 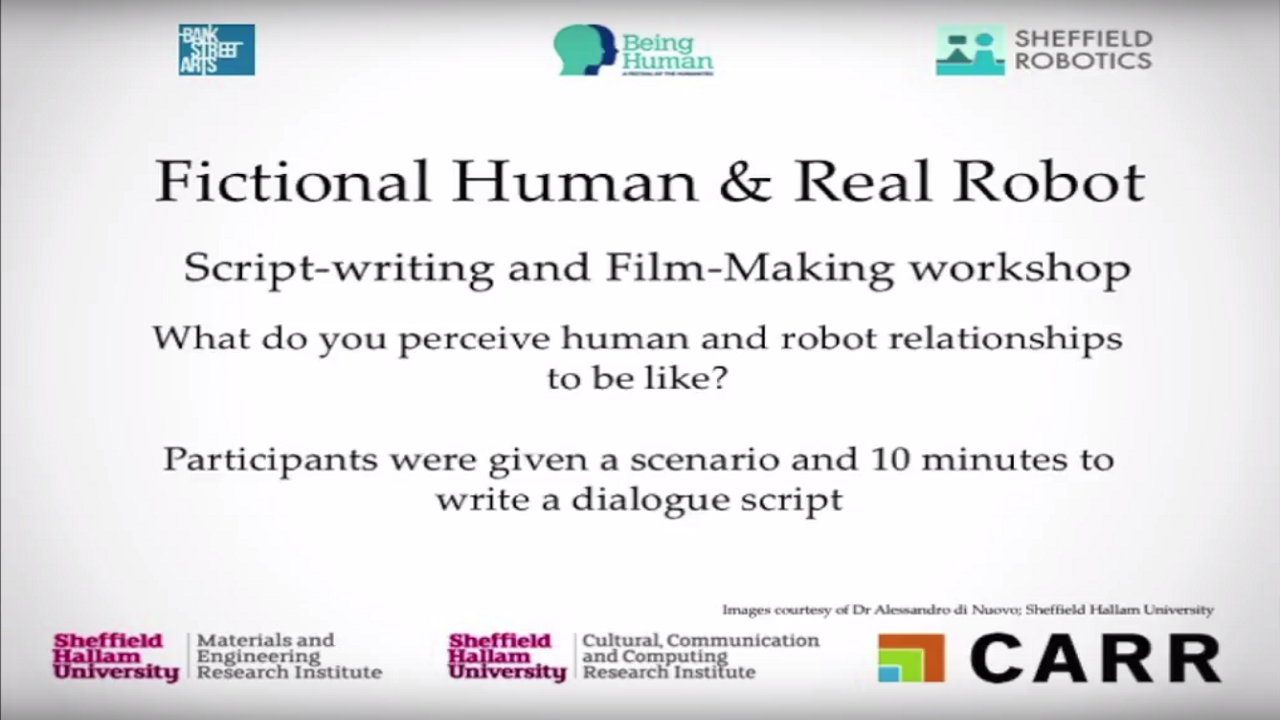 With special thanks to Professor Wayne Cranton.